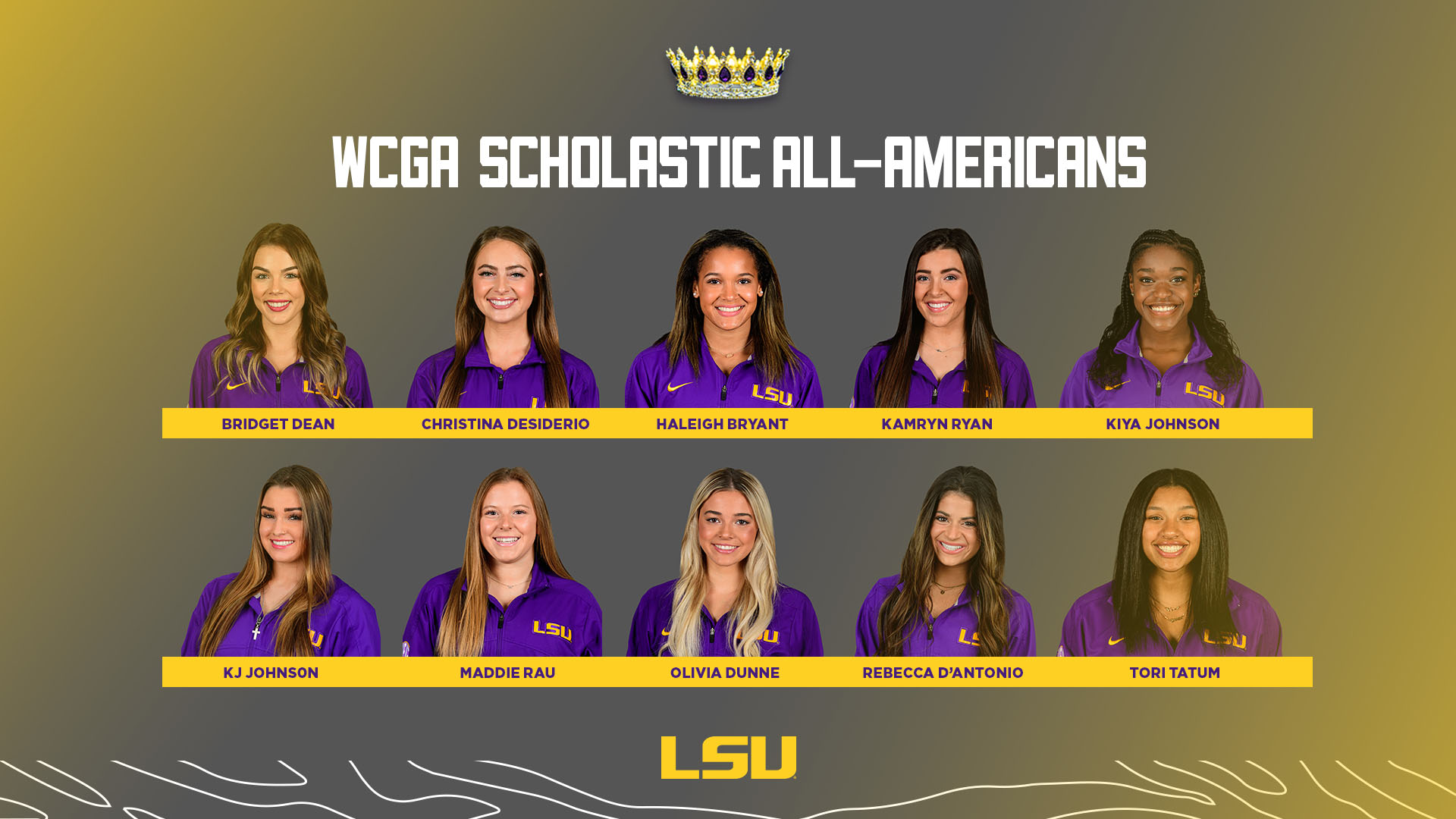 Bryant, Dunne, and Johnson garnered honors for the second year in a row. Ryan and Rau claimed their third Scholastic All-America honors from the organization.

This makes the 31st year in a row for the LSU Gymnastics program that a student athlete has been named to the Scholastic All-America Team. This year’s recipients move the program’s total to 183 gymnasts who have earned the honors.

To be a Scholastic All-American, a gymnast must have a 3.5 or better GPA either for the previous academic year or for their career. The team GPA and the individual awards factor in any gymnast on LSU’s eligibility roster as of January 1 of the season, including medical redshirts.