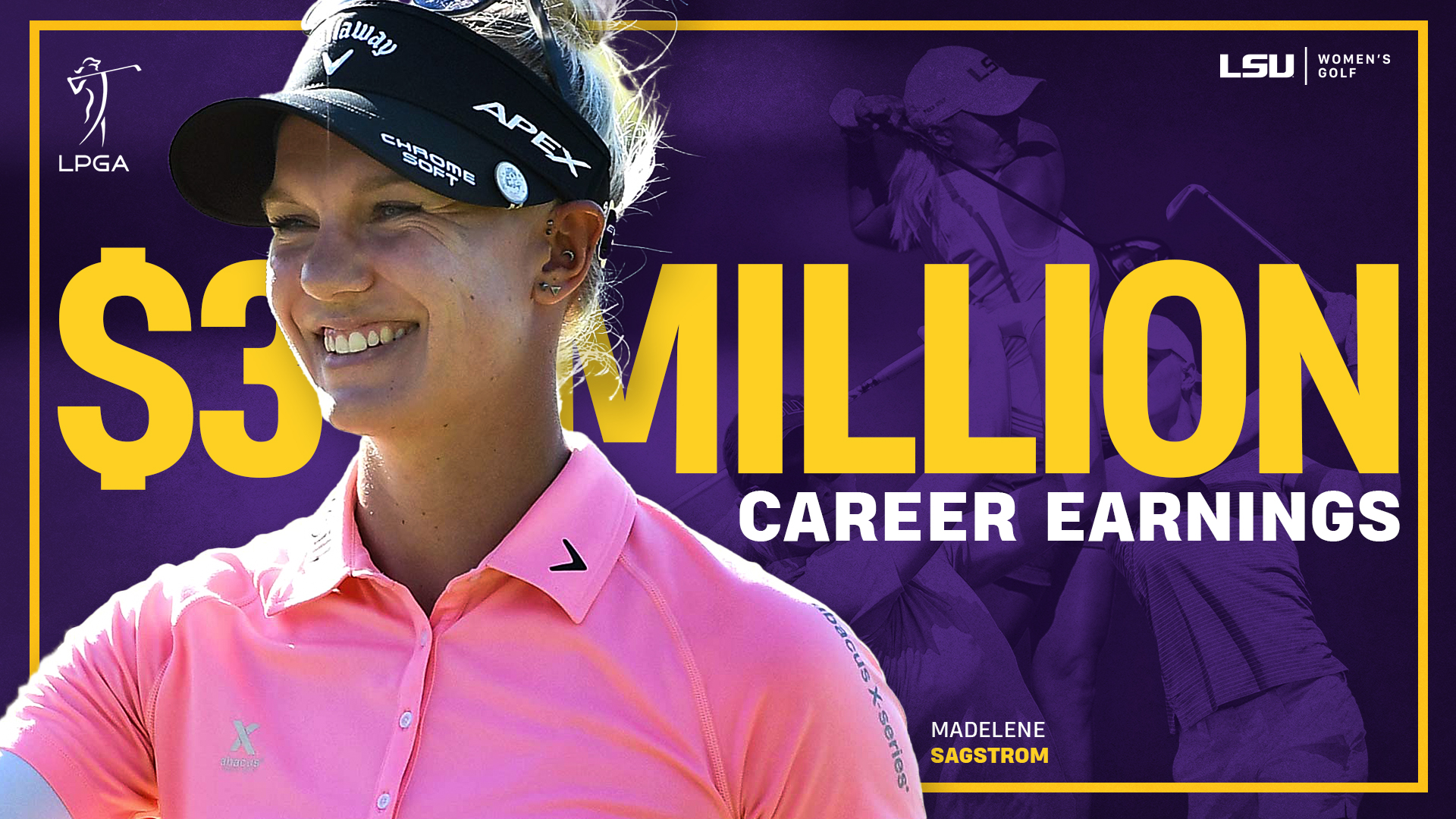 The native of Sweden has had an outstanding season in a year when LPGA purses have trended upward and so far this season she has recorded five top 10 finishes and $1,001,545 in earnings.

Four former LSU golfers have earned LPGA victories and over one million dollars on the tour:

Sagstrom is taking the week off from the tour and is expected to rejoin the field when the tour returns back to the States later in the month.