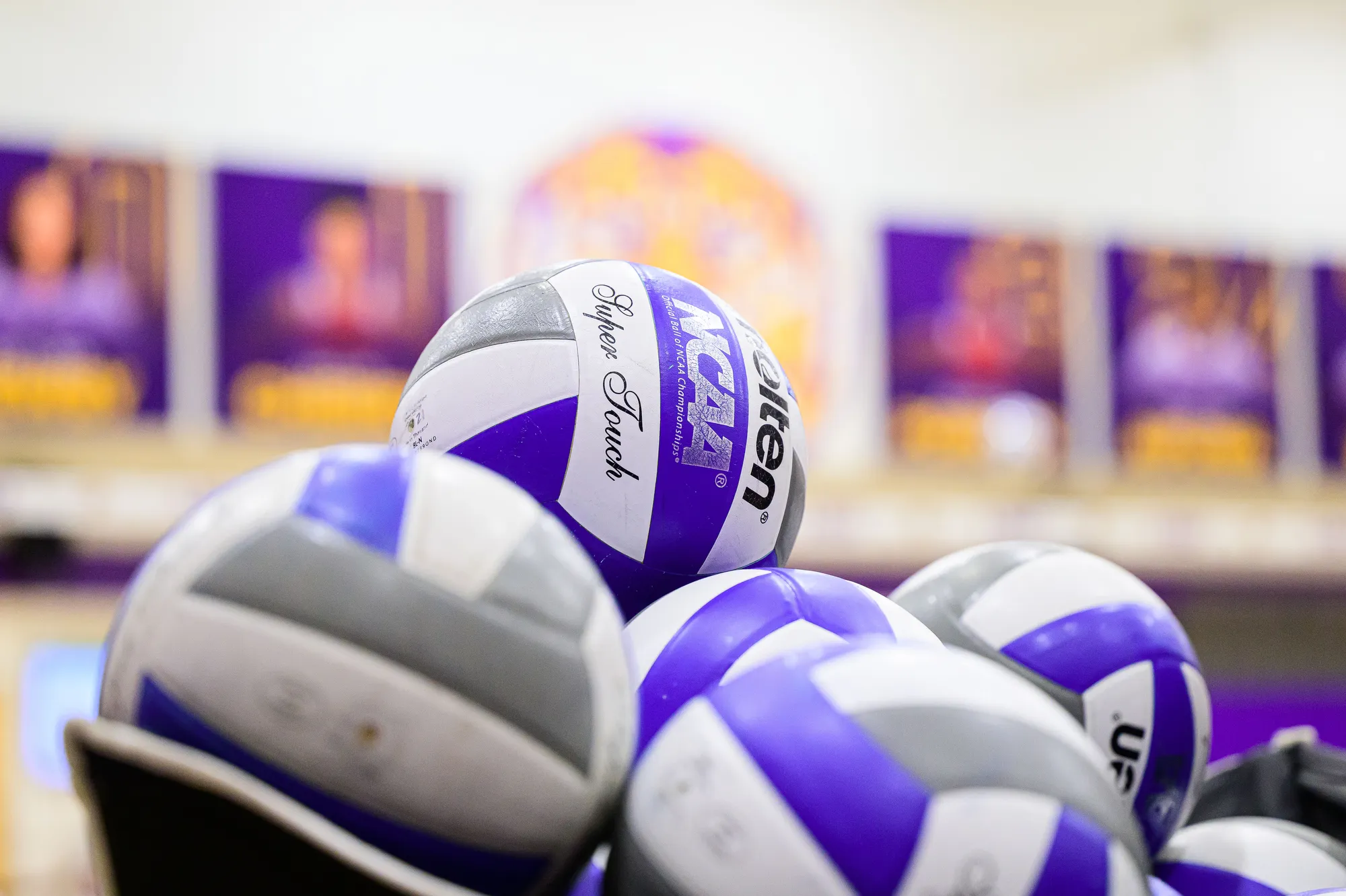 “We came in with a ton of energy and had great effort,” said coach Johnson. “We wanted to make sure that we got a lot of reps to get some of the rust off, but there was not a lot of rust. It looks as if these kids had a great summer of getting in the gym and worked on the things they needed to work on.”

LSU has a firm foundation as middle blocker Anita Anwusi, outside hitter Sanaa Dotson and defensive specialist Ella Larkin return from the 2021 roster.

Anwusi found herself on the 2022 Preseason All-SEC Team after a breakout season in 2021 where she led the Tigers with a .346 hitting percentage – a mark that ranks No. 10 in the program’s single season record book. Anwusi also paced the team with 1.16 blocks per set (102 total), including 14 solo blocks.

Last season, Dotson pieced together nine double-digit kill matches, including a season-high 21 kills and a career-best .581 hitting percentage in a win against Alabama (Sept. 25, 2021). The Houston, Texas native transferred from Oklahoma for the 2021 season and is LSU’s top returner in terms kills as she averaged 2.32 per set (181 total).

Larkin, who was named to the 2021 All-SEC Freshman Team, turned in 15 double-doubles in assists and digs, and leads all returners with 2.79 digs per set (301 total) and 23 aces last season.

“The returners did a great job today in getting our newcomers in sync with what we were doing and coaching them through some things,” Johnson said. “Everyone was in great volleyball shape to enter fall camp.”

Still, the new era with Coach Johnson will feature a new team, essentially. After losing 60 percent of its offense from a season ago, LSU brings in three graduate transfers who look to make an immediate impact for the Tigers.

Right side Hannah Jacobs transfers in from SMU where she was a two-time All-American Athletic Conference selection. Jacobs has accumulated over 1,000 career kills after capping her four-year career with 2.96 kills per set (334 total) her senior season.

Josie Vondran will add to the setter position after spending two seasons at Ohio State. Prior to joining the Buckeyes, Vondran played two seasons at Dayton. She has been to the NCAA Tournament in each of her four seasons of eligibility.

“I feel like the transition for both the transfers and the freshmen has been seamless. Nothing was out of the ordinary for them,” Johnson said. “Again, I will take my hat off to the returners in setting the standard this summer in terms of getting everyone bought into our culture and what we do.”

Nevertheless, with all the newness coming with this team, the expectation remains the same. To compete and fight for each other daily.

“Our goal is to come out and compete every day,” said Johnson. “Anything that we do and every opportunity we have to touch the ball, we do it with intent and focus. Today was a positive step in that direction.”

Season tickets for the 2022 LSU volleyball season are now available. Fans interested in becoming a season ticket holder can receive more information by clicking here. Single-match tickets will be on sale beginning Monday, Aug. 15. All tickets will be distributed through mobile devices for faster delivery of tickets to fans, contactless transactions at gates and more flexibility for ticket holders. For more information on mobile tickets click here.