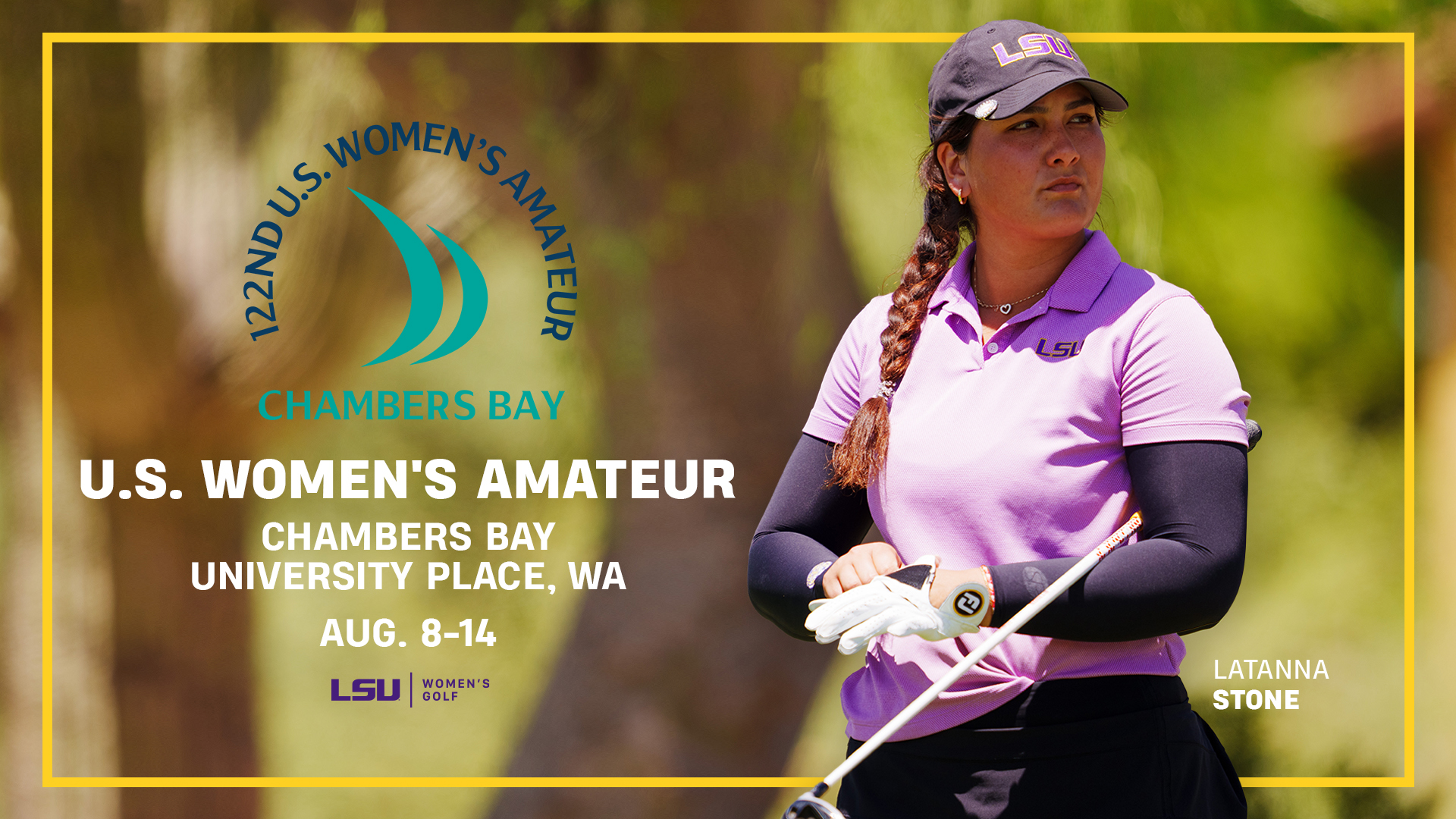 BATON ROUGE – LSU senior Latanna Stone will represent the Tigers when she begins the first of two qualifying rounds Monday in the United States Women’s Amateur.

Stone will be part of a field of 156 golfers that will play 18 holes both Monday and Tuesday with the top 64 players advancing to match play beginning Wednesday. The average age of the field is just under 20 years of age with two 60-year-olds and two 13-year-olds teeing off.

The field will feature nine USGA champions and nine Curtis Cup members, of which Stone was a part of the victorious United States team earlier this summer.

For Stone, the Amateur is a rite of August as this will be her sixth appearance, including qualifying first as a 10-year-old in 2012, the youngest player to ever play in the event. The Riverview, Florida native advanced to the round of 64 in 2017 and last year was knocked out in a 12-for-2 spot playoff for the last two qualifying spots.

A 2014 Drive, Chip & Putt National Finalist at Augusta National, Stone returned to Augusta in April for the Augusta National Women’s Amateur, finishing in a tie for second. She ended her 2021 and started her 2022 with victories. She won the Dixie Women’s Amateur in December before successfully defending her title in the Women’s Orlando International Amateur in January.

She was a major factor in match play for the Tigers as they captured the school’s first Southeastern Conference team championship in 30 years in April and was part of the LSU team that advanced to back-to-back NCAA Championships in May.

Her match play skills in the later holes proved big for the American team in the Curtis Cup against Great Britain and Ireland. She made her third appearance in July in the Arnold Palmer Cup and enters the Amateur ranked No. 41 in the World Amateur Golf Rankings.

LSU has had one Women’s Amateur champion in its history as Shreveport’s Meredith Duncan won the event on the 37th hole in sudden death in 2001.

The television coverage for the Women’s Amateur will begin with match play on Wednesday on the Golf Channel. Live scoring for the event can be found at USGA.com.