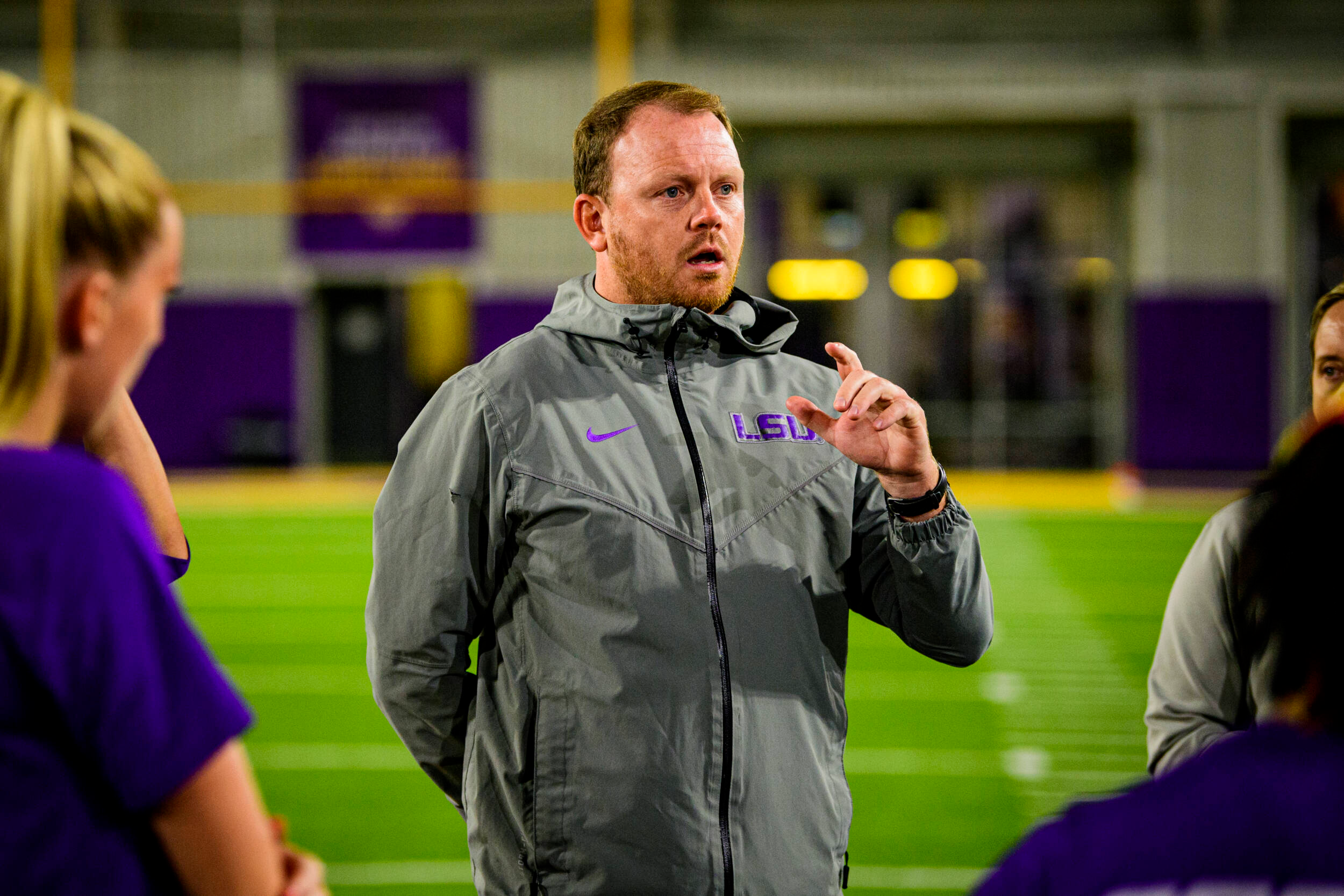 Baton Rouge, La. – LSU soccer coach Seb Furness has been promoted to the role of Associate Head Coach ahead of the 2022 season, head coach Sian Hudson announced on Thursday.

“Seb has been integral to our success since we came to LSU and I am thrilled to promote him to Associate Head Coach,” Hudson said. “He has helped raise the level of the team through his recruiting efforts, signing some fantastic players both domestically and from overseas. His work with our goalkeepers and defensive unit was a key factor as we advanced to the NCAA Tournament in 2021. Seb has a great tactical eye for the game, and I look forward to watching his progression to the field side as he expands his influence across our game model. He truly embodies our program culture and team standards in all that he does and I am excited to see him embrace and thrive in his new role.”

Furness was a vital staff member as an assistant coach in his first two years in Baton Rouge. He worked with LSU’s goalkeepers and defensive unit while also playing a key role in opponent scouts and game analysis. In Furness’ time, the Tigers have accumulated 19-16-2 record and reached the NCAA Tournament in 2021.

Furness’ impact was felt immediately as LSU secured six shutouts during the 2020-21 season including five in their last eight matches played. Transfer Mollee Swift manned the net for most of the season and recorded a GAA of 0.95 over 17 matches played to go along with 80 saves and a save percentage of .833. She ranked in the top four for SEC goalkeepers in GAA, saves, and save percentage. The 0.95 goals allowed against average from Swift was the sixth lowest in LSU single season history.

Swift continued her progress in net with the Tigers as she played a part in eight shutouts for the Tigers in 20 total matches in 2021; six of those shutouts were solo and the other two were combined. She was named the United Soccer Coaches National Player of the Week on Sept. 1, 2021, after only conceding one goal in 180 minutes of play against No. 15 USF and No. 19 UCF the previous week; the Tigers won both of those games.

Swift ended the 2021 season ranked third in the SEC in saves (81), and fourth in save percentage (.771) and saves per game (4.05). She made a season high nine saves in LSU’s nil-nil draw against Georgia in the first round of the SEC Tournament. Her shutouts came against Sam Houston, No. 19 UCF, UL-Lafayette, Mississippi State, Kentucky, South Carolina, and Georgia. The game against Kentucky was the Swift show as she earned the shutout and scored a penalty to give LSU a 1-0 victory on the road.

“First I want to thank my wife and family for their support in my coaching journey,” Furness said.  “To Sian and Dan Gaston as well for their continued support of my growth as a coach and for entrusting me with this role. I am incredibly grateful to be at LSU with this group of players, staff, and administration. It is a privilege to have been a small part of LSU’s history so far and it is an exciting time to be involved with the future of this program and athletic department.”

The Tigers are 14 days out from opening the 2022 season when the Stephen F. Austin Ladyjacks come to the LSU Soccer Stadium at 6 p.m. CT on Thursday, August 18.