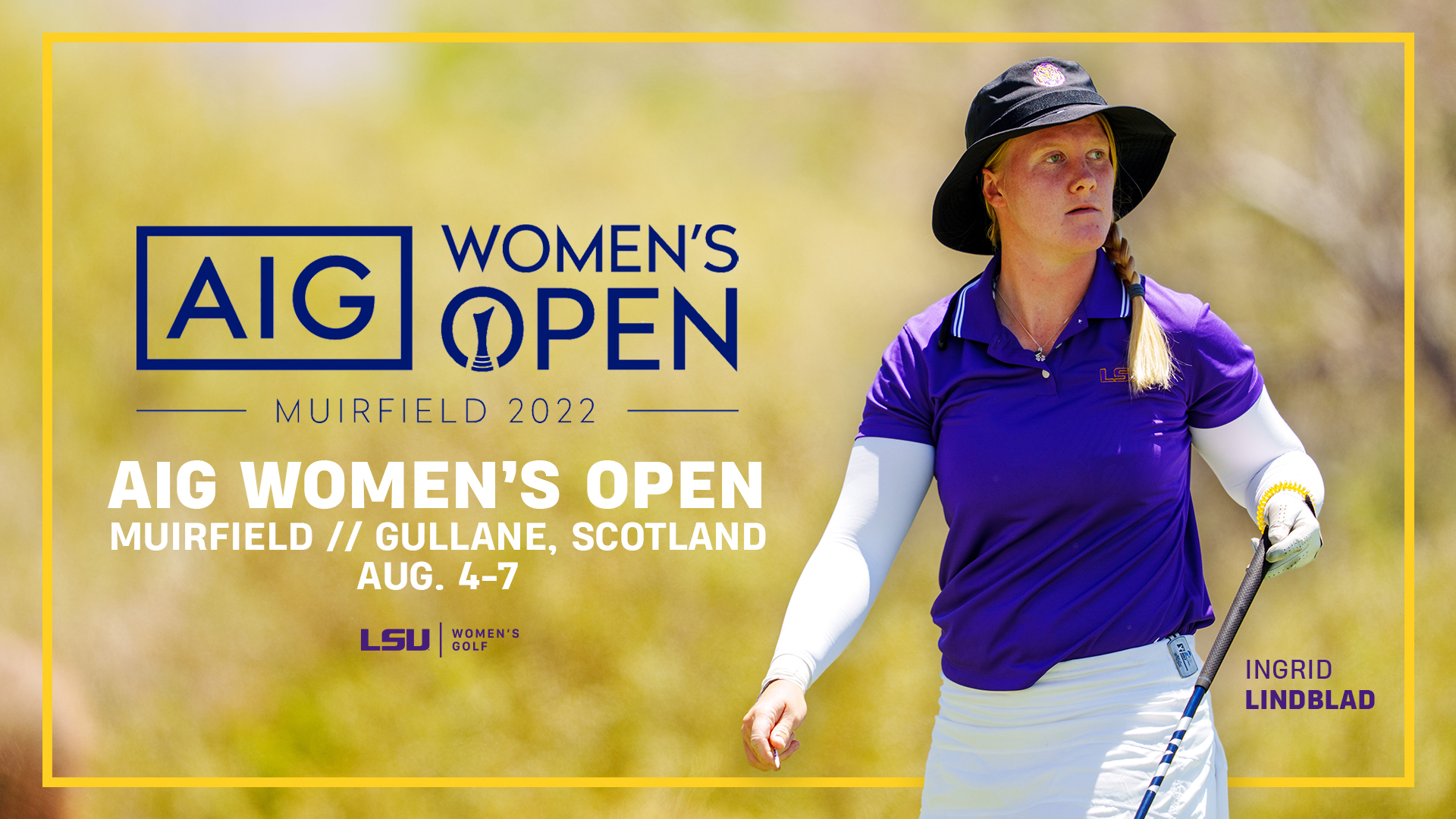 BATON ROUGE – LSU senior golfer Ingrid Lindblad, after a spectacular qualifying round on Monday, will play for the third time in the AIG Women’s Open beginning Thursday at the Muirfield Golf Links in Scotland.

The Women’s Open is the final major of the 2022 season and will mark the fifth professional major that Lindblad has taken part in.

Earlier this year, Lindblad qualified for the United States Women’s Open and opened with an Open amateur record with a round of 65. She finished low amateur in the tournament at T11 posting a four-round score of 1-under 283 at Pine Needles in North Carolina.

Lindblad won five tournaments during the 2021-22 college season, including the Southeastern Conference

Monday, Lindblad posted a 6-under 66 with three-birdies on each side, at North Berwick to easily be one of the 12 qualifiers from a field of 63 that advanced to the Women’s Open field.

LPGA winner and former LSU All-America Madelene Sagstrom is also in the field and will be in the sixth group off the first tee on Thursday at 7:14 a.m. in Scotland (1:14 a.m. Baton Rouge time).

The event will be televised on USA Network and NBC Sports. Coverage on Thursday and Friday will be from 5 a.m. to Noon on USA Network with weekend coverage from 7 a.m. to 11 a.m. on USA and 11 a.m. to 2 p.m. on NBC.