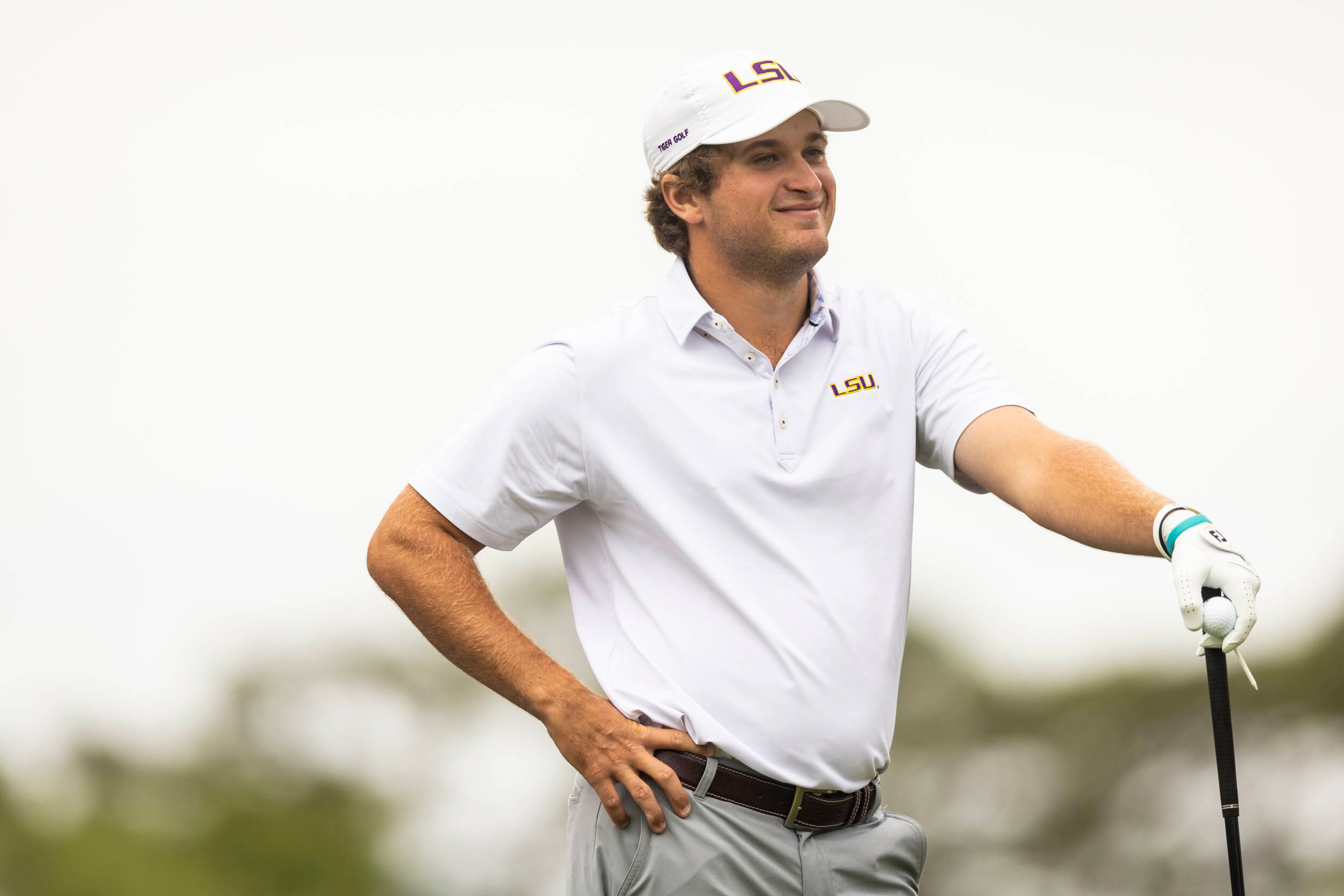 LSU’s Garrett Barber and Cohen Trolio will be taking part in this national championship that dates back to 1899 with 156 players invited from across the world. The pair will play 18 holes of stroke play on Tuesday and Wednesday after which the field is cut to the low 44 scores and ties. The remaining players play 36 holes of stroke play on Thursday to determine the final 16 to compete in match play on Friday and Saturday to decide a champion.

Barber, who will be a super senior at LSU this coming season, is coming off a season in which he averaged a team best 71.15 strokes per round with four top five finishes and earned top player honors in Louisiana for the third straight season. His best finish was second in the Louisiana Classics at 12-under par 204 (68-69-67).

Trolio was named to the SEC All-Freshman team in 2022 and will be a sophomore after finishing second on the team in stroke average at 71.30 for 33 rounds. The PING Southeast All-Region team selection … His best finish was in the stroke play portion of the Southeastern Conference championship finishing T3 with a 4-under par 206 (67-7069).

Both players have also qualified for the 2022 United States Amateur which begins later in August in Paramus, New Jersey.