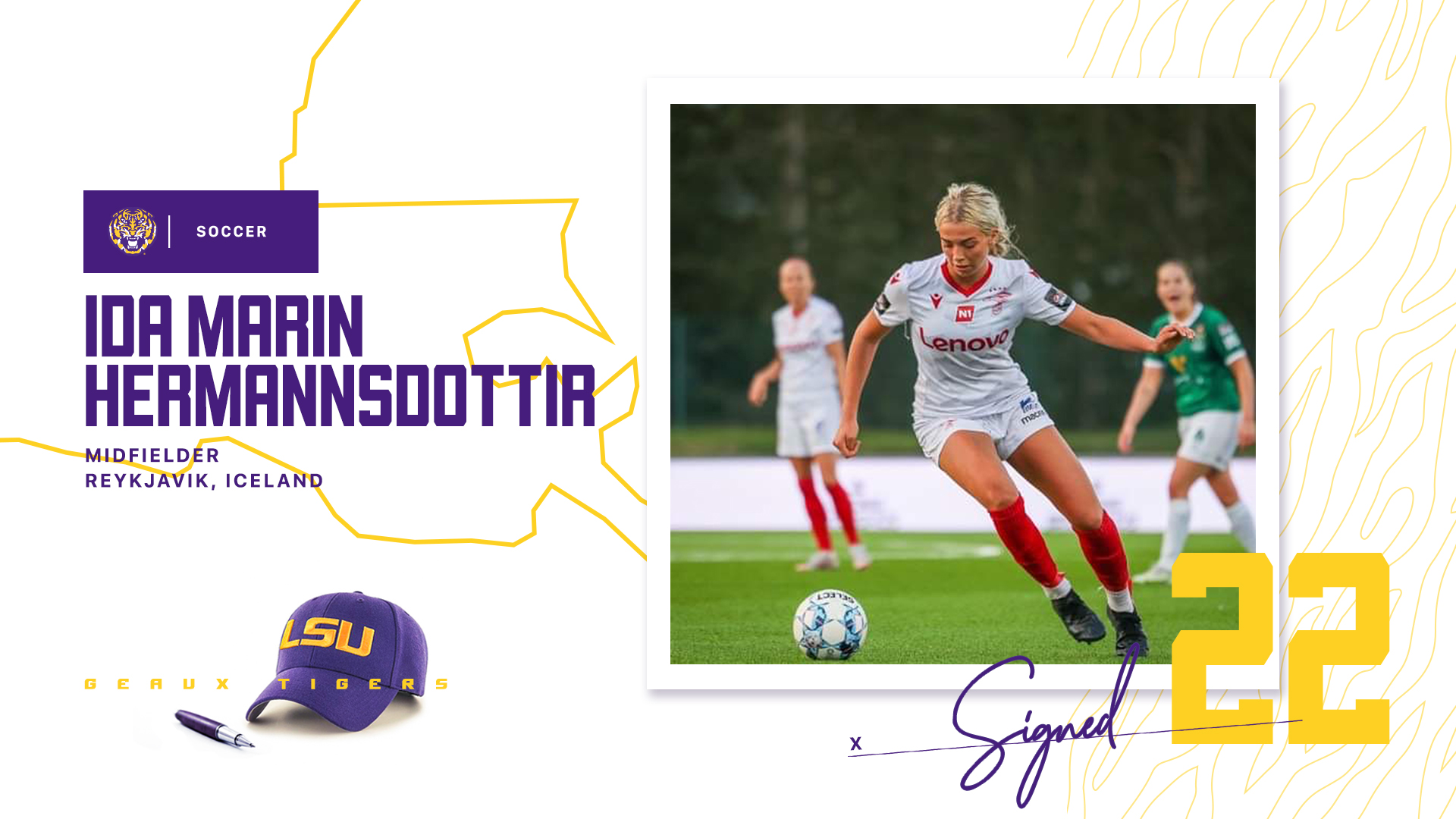 Baton Rouge, La. – The LSU soccer program has received a boost in midfield ahead of the 2022 season with the signing of Ida Marin Hermannsdottir, head coach Sian Hudson announced on Saturday.

“Ida is a great addition to our squad and we are incredibly excited about her decision to join LSU this fall,” Hudson said. “She is one of the best young international talents in the game and brings not only quality, but a wealth of experience having competed in the Champions League and on the International stage for Iceland”.

“Ida is an absolute technician. Her ability to break down the opponent’s defense on the dribble is equally as impressive as the quality in her final pass. Her vision and awareness of the game allows her to be equally as dangerous without the ball, through her movement ahead of the forwards and late runs into the box to get on the end of crosses. With her proven track record in front of goal, we expect Ida to contribute just as much in the goal scoring department as she will in providing goals for her teammates”.

A native of Reykjavik, Iceland, Hermannsdottir brings a wealth of international experience to the program as she has represented her country at U17, U19, and senior levels. She has two caps for the senior team and her most recent outing was at the 2022 She Believes Cup, where Iceland finished as runner-up.

She’s spent the past three seasons at Valur Reykjavik competing in Iceland’s top division. In that time, she made 41 appearances and scored 10 goals. Valur Reykjavik and Hermannsdottir claimed the 2021 league title and Reykjavik Cup and began the 2022 season well by winning the Icelandic Women’s Super Cup. Hermannsdottir is currently their joint top goal scorer and the club sits at the top of the league standings through 11 matches.

Hermannsdottir comes from a rich soccer background. Her mother, Ragna, captained the Icelandic national team and her father, Hermann, played in the English Premier League for five different clubs from 1997-2012. Ida is set to join up with the team on Monday ahead of the new season.

The LSU Soccer team will report on Monday, August 1, to begin their preseason preparation ahead of the season opener against Stephen F. Austin at 6 p.m. CT on Thursday, August 18.