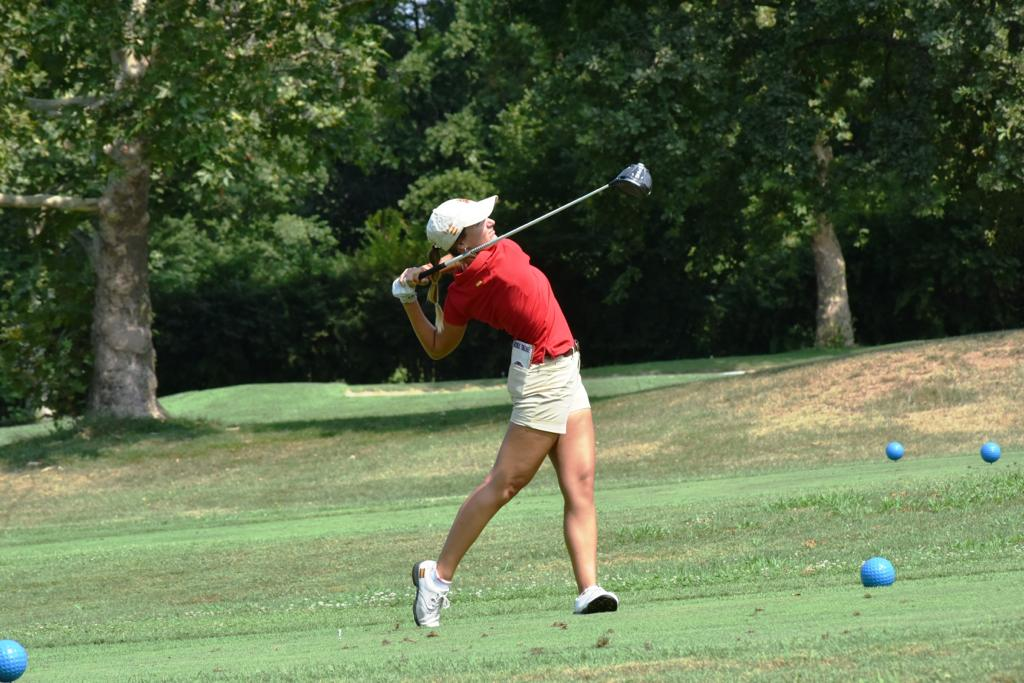 BATON ROUGE – LSU junior Carla Tejedo played her best at the beginning and the end to win the gold medal in the individual competition of the World University Championship Golf in Torino, Italy.

Tejedo opened with her career-low round with a 9-under 63 with nine birdies and no bogeys. After rounds of 75 and 71, Tejedo sealed the gold medal for the individual crown with a four-birdie round of 69 to finish 72 holes at 10-under par 278.

“I am happy to have won this world championship both individually and as a team,” said Tejedo in a release afterwards. “I couldn’t have wished for a better team and I couldn’t be happier and prouder than this. Long live Spain!”.

The other members of the winning team are Carolina Lopez-Cacarra Coto and Julia Lopez Ramirez. Thanks to the start by Tejedo in the opening round, the Spanish team was on the way to a final score of 20-under par 556. Chinese Taipei took second at 8-over 584.