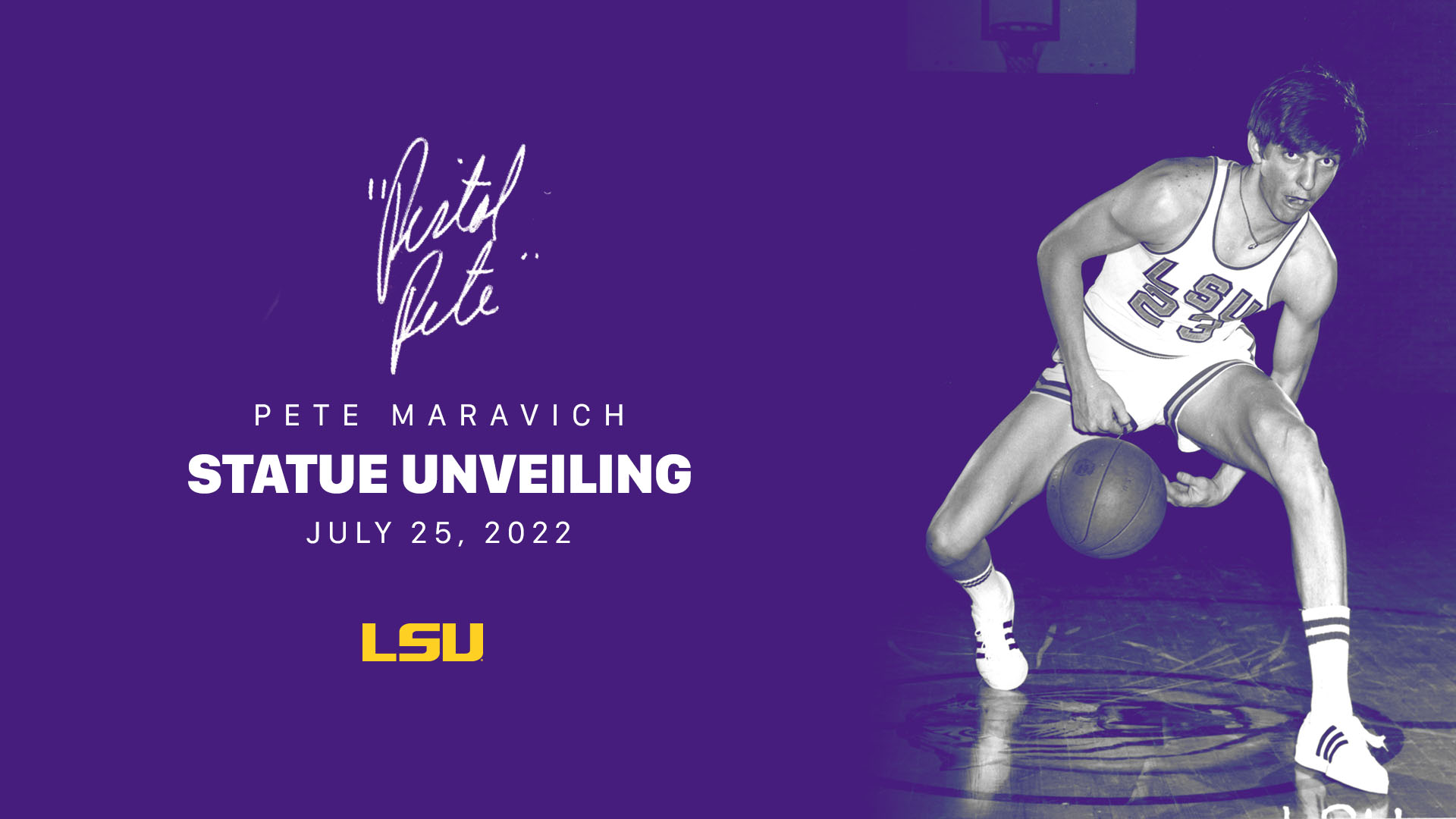 As previously announced, LSU will unveil a statue of Pete Maravich, the all-time leading scorer in NCAA Division I basketball history, this Monday, July 25, in the area in front of the Pete Maravich Assembly Center practice facility.

Approved unanimously by the LSU Board of Supervisors in 2016, the statue will stand alongside existing likenesses of Hall of Famers Shaquille O’Neal and Bob Pettit on the north side of the Pete Maravich Assembly Center.

The public portion of the ceremony and the unveiling will begin at approximately 6:30 p.m. on the plaza. There will be an invitation only ceremony in the practice facility at 6 p.m. prior to the public unveiling, with a private reception to take place afterward inside the PMAC.

Maravich scored 3,667 points in three seasons at LSU, averaging 44.2 points per game from 1967 to 1970. Despite restrictions on freshmen to play varsity basketball and the absence of a three-point line or a shot clock during his collegiate career, Maravich’s records still stand today.

Maravich, the 1970 Naismith Award winner and the Sporting News National Player of the Year, was a three-time first-team All-American at LSU, before becoming a five-time NBA All-Star. He is also a member of the NBA’s 50th and 75thAnniversary All-Time Teams alongside O’Neal and Pettit. In 1987, Maravich was inducted into the Naismith Memorial Basketball Hall of Fame, and shortly after his death in 1988, the LSU Assembly Center was re-named the Pete Maravich Assembly Center by the Louisiana Legislature.