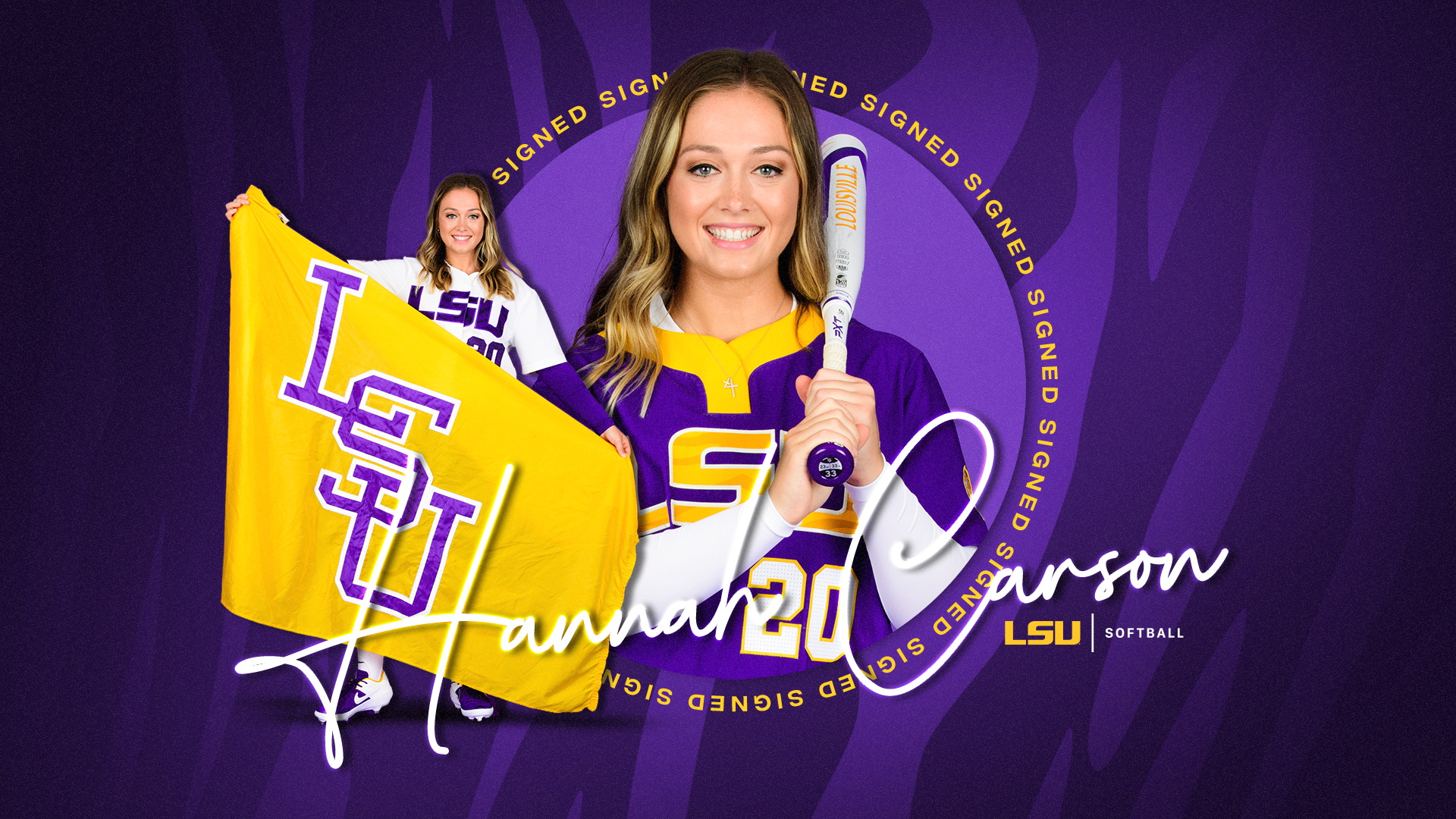 Carson, a Weidman, Mich. native, capped her four-year career with the Wolverines batting .306 with nine home runs and 77 RBIs. She added 28 doubles to go along with a .994 career fielding percentage in 1,237 chances. As a catcher, she threw out 23 runners attempting to steal a base.

As a senior in 2022, Carson garnered her first all-conference accolade after logging career highs with a .329 batting average, .503 slugging percentage, 51 hits, five home runs, 18 assists and caught 10 runners attempting to steal. Carson brings her timely hitting to Baton Rouge as she registered a .388 batting average and 35 runs batted in with runners in scoring position last season and hit .396 with two outs. LSU finished third in the SEC with 146 two-out RBIs in 2022.

Carson will be a fifth-year senior in 2023. She graduated in May 2020 with an undergraduate degree from the University of Michigan School of Kinesiology and will pursue a Masers of Science degree in Kinesiology with a specialization in Pedagogy and Psychological Sciences at LSU.

LSU is coming its 16th consecutive appearance to the NCAA Tournament and are set to return all five of their 2022 All-SEC selections, including Gold Glove Award Winner, Ciara Briggs.