LSU reliever made 29 appearances in 2022, recording 52 strikeouts and six saves in 39 innings.

by Bill Franques
Tigers in the MLB Draft +0 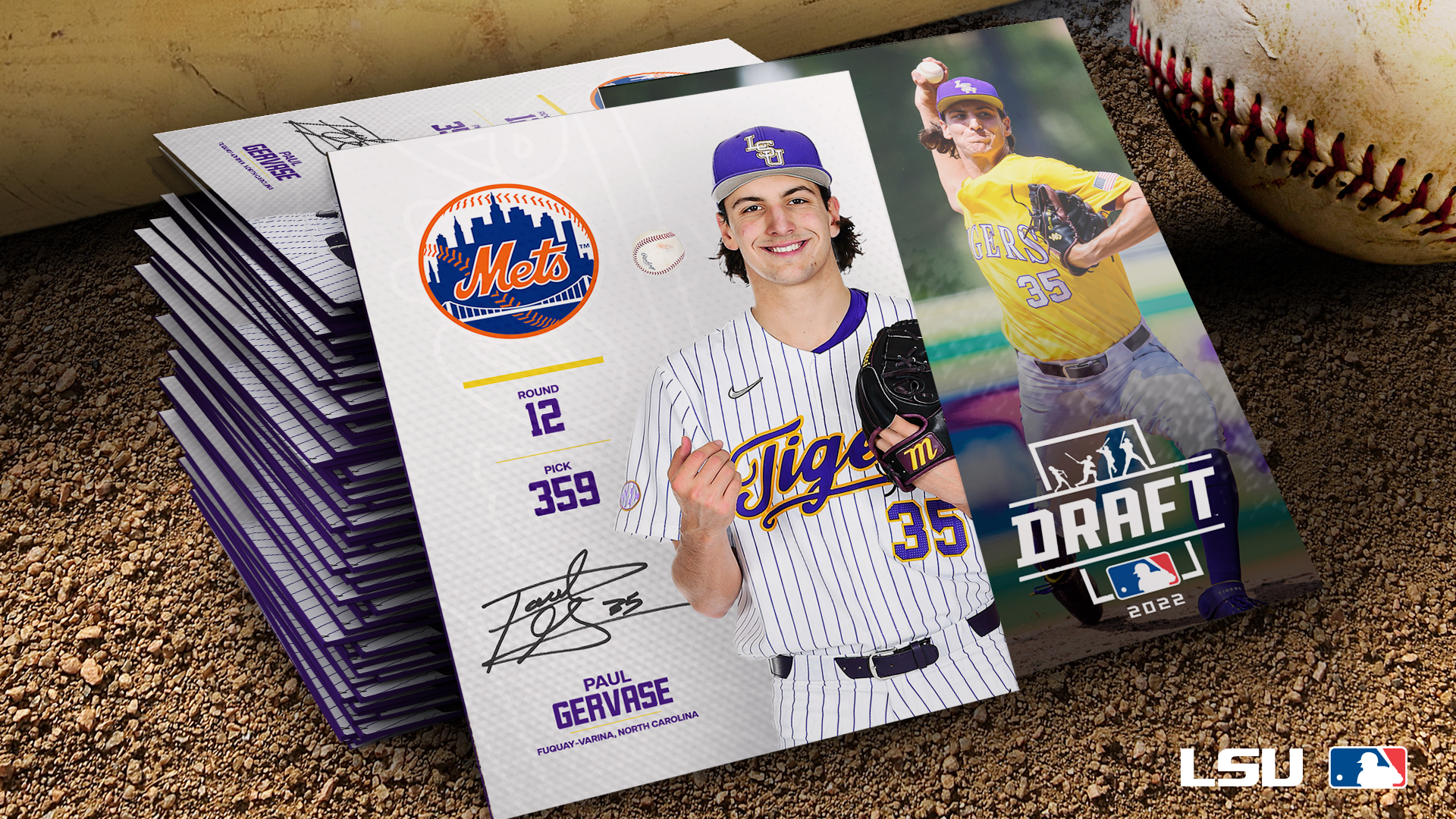 BATON ROUGE, La. – LSU redshirt sophomore pitcher Paul Gervase was selected Tuesday in the 12th round of the Major League Baseball Draft by the New York Mets. Gervase, a right-hander from Fuquay-Varina, N.C., was the No. 359 overall pick in the MLB Draft.

Gervase, who transferred to LSU prior to the start of the 2022 season from Pitt Community College in Winterville, N.C., posted a 4-1 mark for the Tigers with a 1.85 ERA and six saves in 39 innings. He made 29 relief appearances, recording 15 walks, 52 strikeouts and a .157 opponent batting average.

He recorded a 2.04 ERA and five saves in SEC regular-season games. He made three appearances in the NCAA Hattiesburg Regional, recording a win over Southern Miss and a save versus Kennesaw State. He allowed no earned runs on three hits in five Regional innings with three strikeouts.

Gervase earned the save for LSU in Game 1 vs. Georgia (April 29), working a perfect 1.1 innings with two strikeouts. He also pitched a perfect ninth inning in Game 3 vs. Georgia, setting the stage for LSU’s game-winning comeback in the 6-5 victory.

He recorded the save in Game 1 vs. Missouri (April 21), working 1.1 scoreless innings with no hits, no walks and two strikeouts.

He posted a save in each of the first two games of LSU’s sweep at Mississippi State (April 8-9), working a perfect 2.2 innings in two appearances over the weekend with two saves and six strikeouts. He pitched the final inning of LSU’s 5-2 win in Game 1 and retired the side in order while recording two strikeouts.

Gervase pitched the final 1.2 innings of Game 2 at Mississippi State, preserving a 4-3 LSU victory. He fired four strikeouts, including striking out the side in the ninth inning.