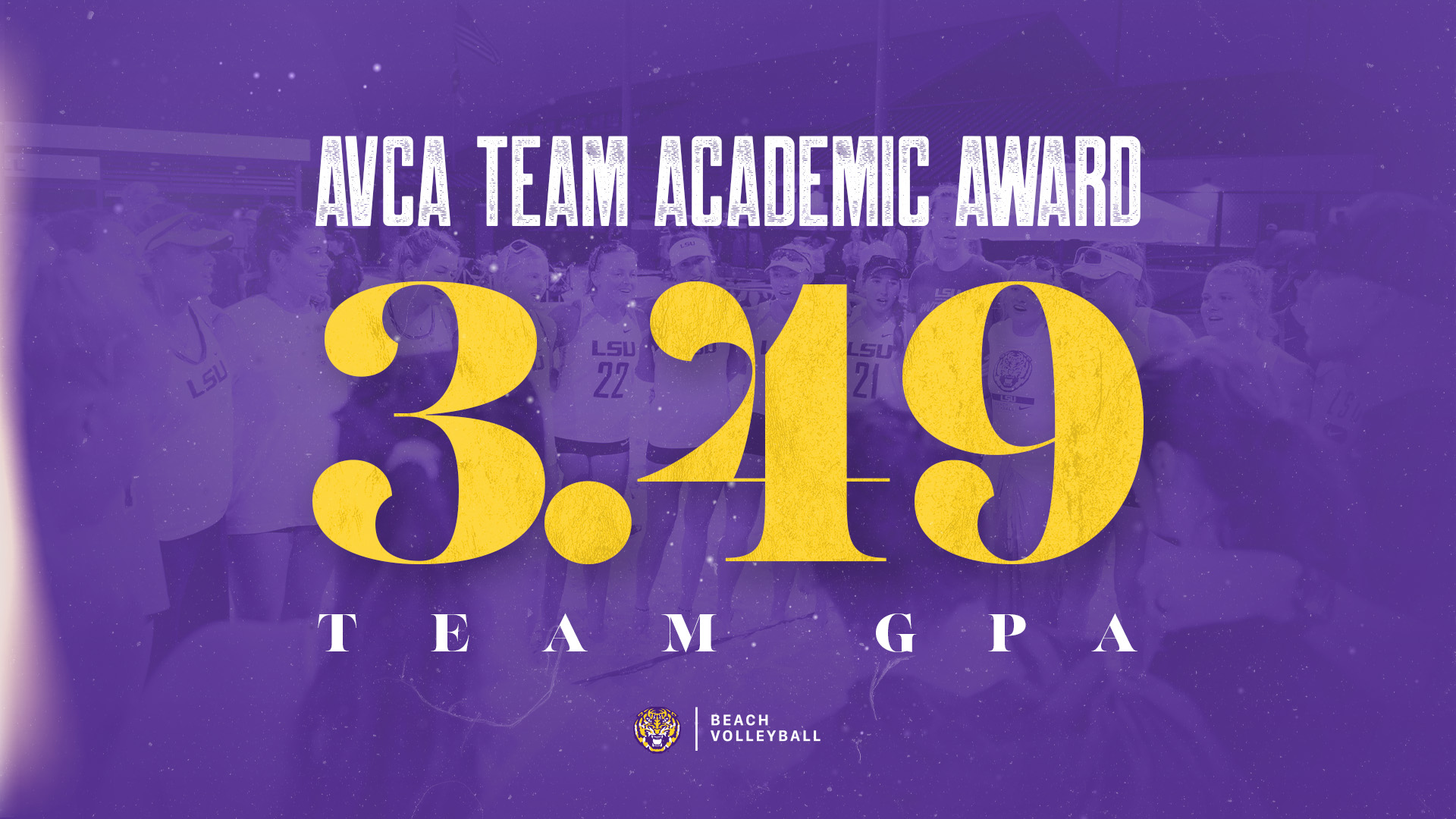 BATON ROUGE – The LSU Beach Volleyball team earned the AVCA Team Academic Award for the seventh time on Monday after carrying a 3.49 team GPA through the past academic year.

LSU was one of 33 NCAA DI Beach Volleyball programs to earn the award which goes to teams that maintain a year-long grade-point average of 3.3 on a 4.0 scale.

LSU coupled success in the classroom with success in the sand as the Tigers finished as No. 5 team in the country during the past season. LSU had a historic season in the spring with 27 regular season win and 32 win overall, both program records. The Tigers also had five pairs earn AVCA Top Flight honors, tied for the most pairs by a team to earn the award in a single season. Melia Lindner became LSU’s first beach Elite 90 Award winner.