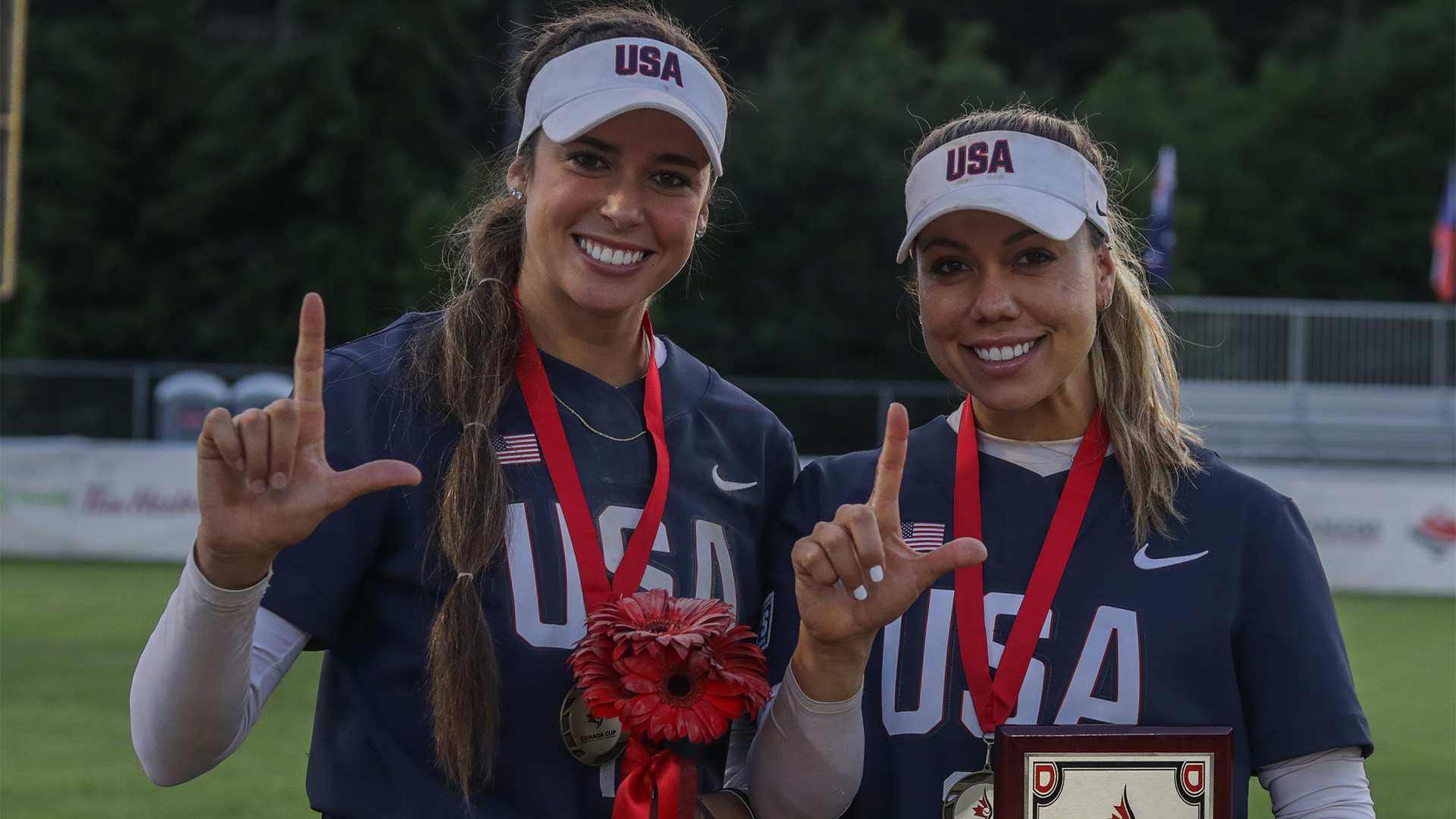 Team USA claimed the 2022 Canada Cup Championship title after back-to-back wins over the Netherlands (7-0) and T.C. Colorado (5-1). The Eagles finished the tournament with a 7-2 overall record and outscored their opponents 73-13.

Jaquish was honored with the Glen Todd Award: Most Valuable Player after registering a .545 batting average behind 12 hits, a team-high 13 RBIs and 11 runs scored, including three home runs over a nine-game stretch. Pleasants shined in the tournament also as she finished with a 1.063 slugging percentage after four of her five hits resulted in home runs, tying her for the most homers on the team. Overall, Pleasants batted .313 and drove in eight runs.

As a unit, the Red, White and Blue posted six run-rule victories in the Canada Cup campaign and compiled a .393 batting average behind 23 total home runs and out-hit their opposition 84-28.

Prior to the beginning of the World Games, Pleasants chipped in three hits, two home runs and three runs batted in over six exhibition games in Columbus, Ga. and Oxford, Ala., respectively. The Team USA World Games roster then traveled to Birmingham, Ala. as the No. 1 seed and knocked off Italy 6-0, Chinese Taipei 7-0, and Canada 10-2 to come out of group play and reach the semifinal round. In the semis, the Eagles blanked Australia 5-0 to earn a spot in the Medal Round game against Japan.

The Red, White and Blue went on to win their third consecutive WBSC World Championship after a tight 3-2 victory in the Olympic rematch against No. 2 Japan. In the 2022 World Games, Pleasants logged two hits and a pair of RBIs.

In route to earning its third consecutive gold medal, Team USA was a perfect 5-0 in the tournament and batted .331.