Jacob Berry, Cade Doughty and Eric Reyzelman appear in the D1Baseball.com Top 150 college prospects for the draft, which starts at 6 p.m. CT Sunday in Los Angeles. 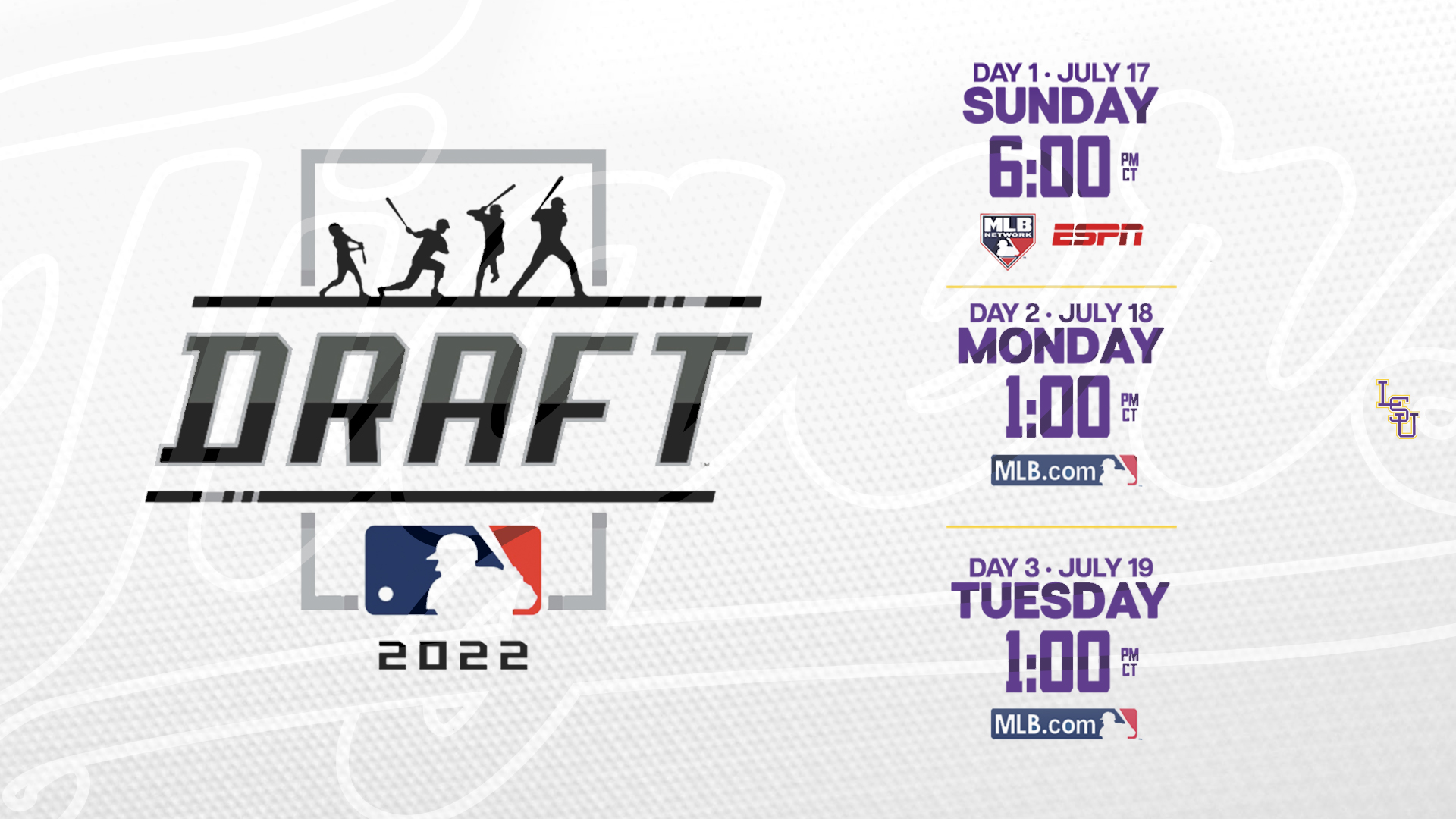 LSU infielder/outfielder Jacob Berry is rated the No. 6 overall college prospect by D1 Baseball, while second baseman Cade Doughty is No. 33 on the list, and right-handed pitcher Eric Reyzelman is No. 120.

Rounds 1-2 of the draft will begin at 6 p.m. CT on Sunday, and television coverage will be provided by ESPN and the MLB Network.

Rounds 3-10 will be held starting at 1 p.m. CT Monday, and the draft will conclude Tuesday with Rounds 11-20 beginning at 1 p.m. CT. The draft rounds on Monday and Tuesday may be viewed on MLB.com.

Berry has the opportunity to become LSU’s first 1st-round draft selection since 2017, when right-handed pitcher Alex Lange was selected No. 30 overall by the Chicago Cubs. Below is the D1 Baseball.com scouting report on Berry entering the draft:

Jacob Berry is the top slugger in this year’s college draft class … with a more basic approach of hitting the ball hard up the middle, rather than lift and takeoff, he lowered his season strikeout rate from 19.5% as a freshman at Arizona to just over 9% this season. The 6-foot, 205-pounder has a very simple swing from both sides of the plate with no extra movements. When fully healthy this swing produces plus power to all fields from both sides … his defensive chops are likely in the outfield where his arm plays better with its carry. Although many in the industry believe his future is at DH or 1B in pro ball, he has a chance to hold down right field where his hit and power tools will likely place him in the middle of a MLB lineup.

Berry, a product of Queen Creek, Ariz., was a 2022 Golden Spikes Award semifinalist, a second-team All-America performer and second-team All-SEC selection as he batted a team-high .370 with nine doubles, 15 homers, 48 RBI and 47 runs.

Doughty, a native of Denham Springs, La., earned 2022 third-team All-America recognition, batting .298 with 15 homers, 57 RBI, 56 runs and a team-high 19 doubles. He was voted to the NCAA Hattiesburg Regional All-Tournament Team after hitting .444 (8-for-18) with three homers, six RBI and seven runs.

Doughty provided a walk-off homer to defeat Georgia and a walk-off single in a win over Missouri, and he was named SEC Player of the Week after leading the Tigers to a season-opening three-game sweep of Maine.

Reyzelman, a product of San Ramon, Calif., was second on the 2022 LSU pitching staff in appearances with 29, and he posted a 4.04 ERA in 42.1 innings with 18 walks, 66 strikeouts, three saves and a .200 opponent batting average. He enjoyed a dominant relief outing on May 19 at Vanderbilt, firing 3.2 shutout innings with no hits and six strikeouts while firing a season-high 56 pitches.

Reyzelman was named to the Cape Cod League All-Star Team last summer, recording a 2.66 ERA and 36 strikeouts in 23.2 innings, and limiting opponents to a .212 cumulative batting average.