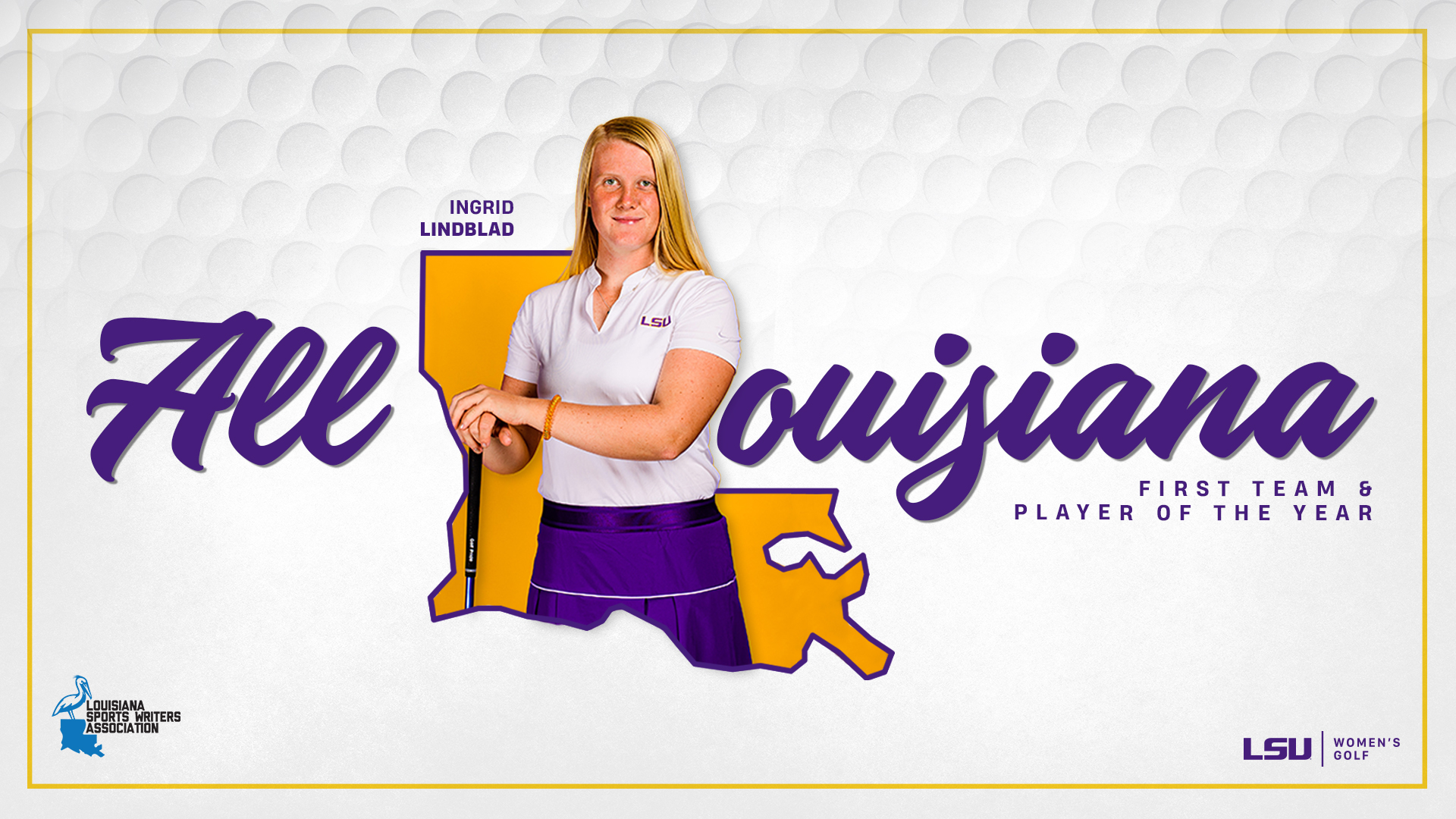 BATON ROUGE – For the third straight season, LSU golfer Ingrid Lindblad and Coach of the Tigers Garrett Runion are the major award winners on the All-Louisiana Women’s Collegiate Golf Team announced by the Louisiana Sports Writers Association on Friday.

Lindblad, from Sweden, and Spain’s Carla Tejedo was also named to the five-person first team that was announced based on voting from nominations submitted by the school media relations offices in the state that play the sport. In the voting, schools could not vote for players from their respective schools.

Lindblad averaged 70.38 for the 2021-22 golf season at LSU with 25 rounds of par or under. She posted five wins, including the 2022 SEC Championship with a final round of 6-under 66. She now has nine career wins, the most by any LSU golfer, male or female, in the last 40 years. She was T2 in the Augusta National Women’s Amateur with final round 68 and T3 in the NCAA Championships. She was a consensus first-team All-America selection.

Tejedo averaged 72.52 this past season, improving her scoring average one full stroke from her freshman to sophomore season. The SEC second team selection and Golfweek HM All-America won her first collegiate tournament at the Jackson T. Stephens Cup and finished T4 in the NCAA regional at Stanford. She posted her second consecutive Top 25 finish in the NCAA Championships in Scottsdale.

Runion in his fourth season at LSU led the Tigers through 108 holes in five days to get the Tigers a conference championship, 54 holes of stroke play and then 54 holes of match play. LSU defeated Vanderbilt, Alabama and Florida to win the title, one of three tournaments the Tigers won in 2021-22. The team finished 11th in the national championships after tying Stanford on its home course in the NCAA regional competition.