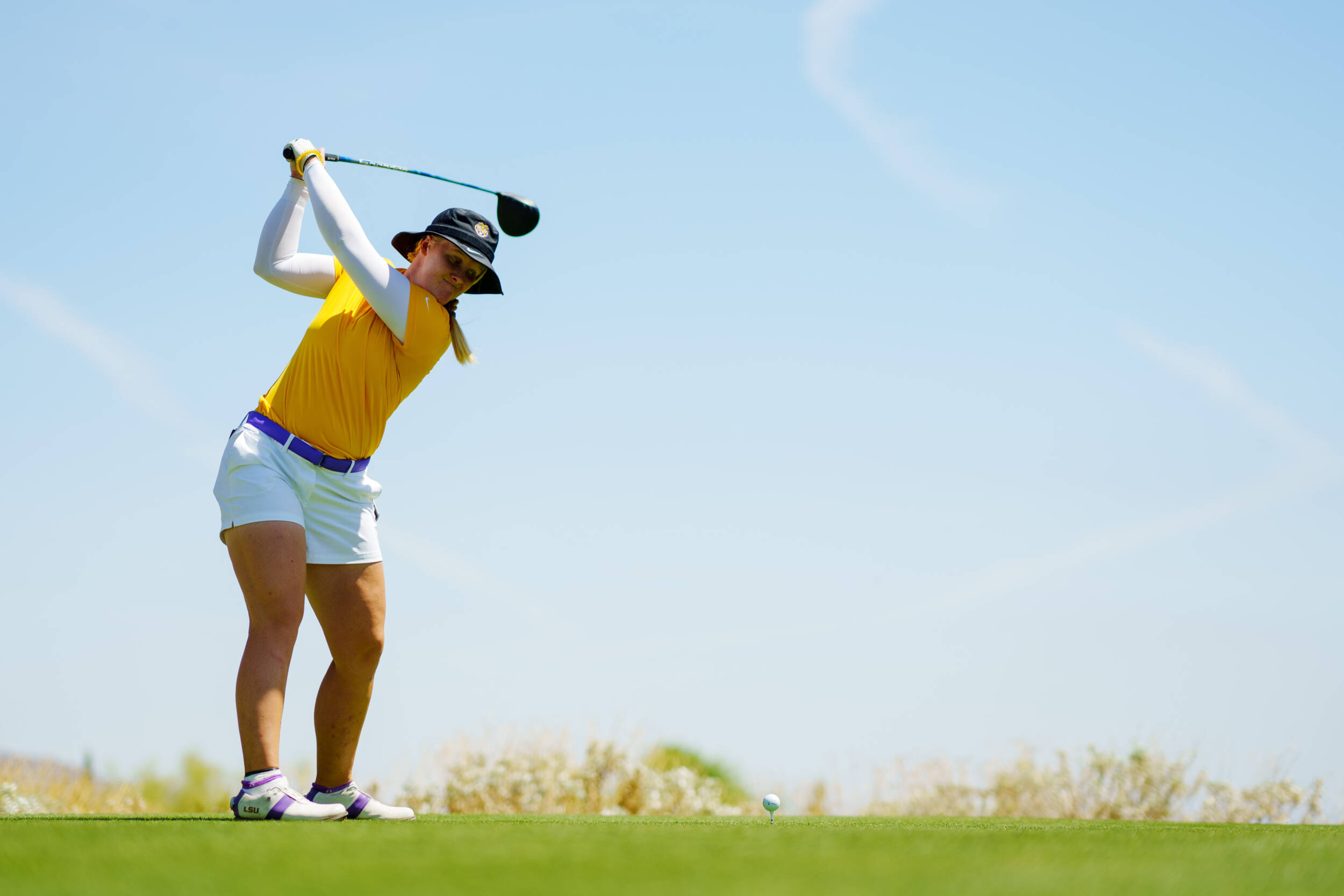 BATON ROUGE – LSU players Ingrid Lindblad, Elsa Svensson and Carla Tejedo have helped their respective country teams advance to match play in the championship flight of the European Ladies’ Team Championship at the Conwy Golf Club in Wales on Wednesday.

Tejedo helped Spain into the championship flight with a second consecutive 5-over 78 to stand at 156 (T43 in the field of 120). Spain finished seventh, moving up three spots from the field round after a 36-hole team total of 36-over 766.

Sweden and Spain will be joined by England, Denmark, Germany, Scotland, Italy and host Wales in the championship flight match play competition. There will be two four-ball matches in the morning and then five singles matches in the afternoon to see who advances in the competition.

Ireland and LSU transfer Aine Donegan will be in the second flight after finishing in 13th place, 13 shots out of the top eight. Donegan also finished at T43 at 156 for 36 holes over the par 73 links course.