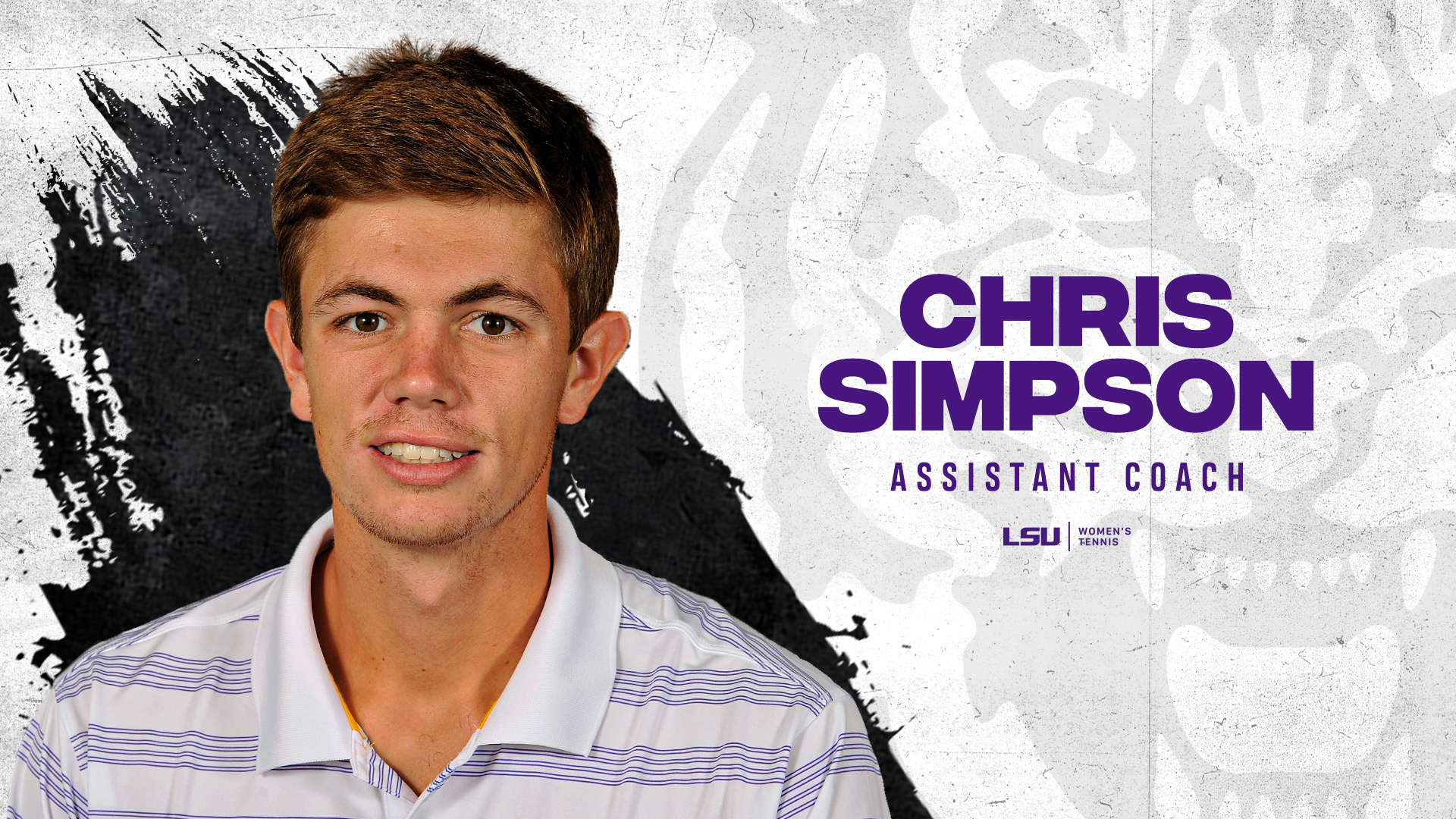 “I’m extremely grateful to Taylor Fogleman, Scott Woodward, and Matt Laborde for this incredible opportunity to coach at my alma mater,” Simpson said. “I’m so excited to give back to the school that gave me an unforgettable four years. This is a dream come true, and I can’t wait to get to work and start developing the next generation of LSU student athletes alongside Taylor.”

Simpson, a native of Derby, England, returns to LSU after seven seasons of coaching at Tulane in New Orleans. He served as assistant coach for the women’s tennis team from 2015-17 before moving to the men’s tennis side in the same role in the fall of 2017. During his time with the men’s tennis program, the Green Waves reached the NCAA Tournament three times and captured their first American Athletic Conference title in 2018. Individually, Tulane saw duos qualify for the NCAA Doubles Championship in 2018, 2019, and 2021 under Simpson as well as qualifiers for the NCAA Singles Championship in those same years.

Before his coaching days, Simpson was a member of the LSU men’s tennis team from 2011-2015. In his four years of play, he was named All-SEC Second Team three times and qualified for the NCAA Singles Championship in 2013. Simpson finished his playing career as a Tiger with 86 career wins in singles action and 85 in doubles. Simpson’s assistant coach he played under at LSU, Danny Bryan, was recently announced as the new head coach for the LSU men’s tennis team.