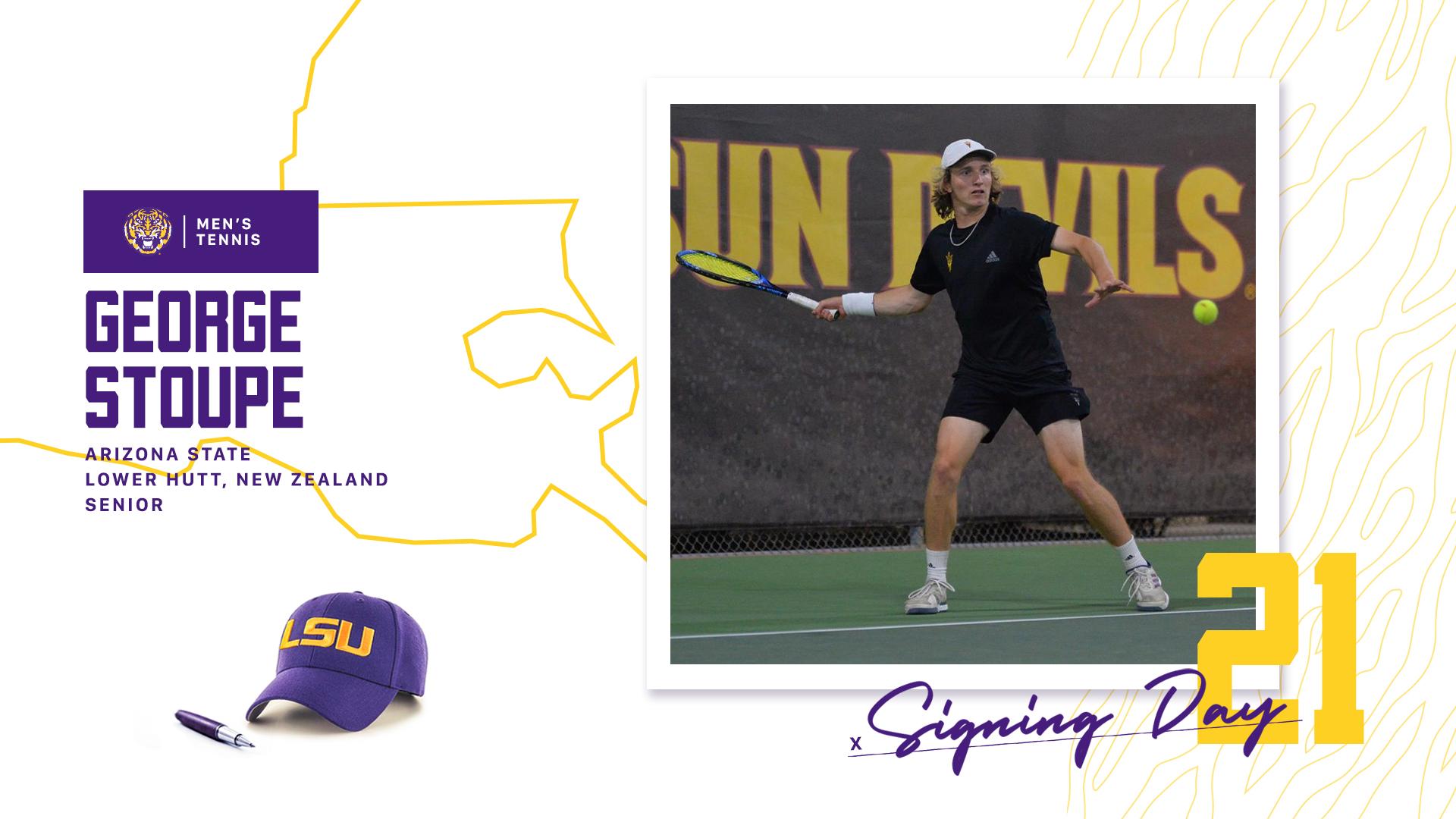 “We’re excited to have George join us here in Baton Rouge,” head coach Danny Bryan said. “His wealth of experience from playing in the Pac-12 over the last three years will serve our team well. He’s a very athletic player with a tremendous strike on the ball and has had some impressive results in doubles play. We expect George’s future to be very bright and we can’t wait to get him out on the court in the Purple & Gold.”

Stoupe, a Lower Hutt, New Zealand native, joins the Tigers after three seasons with the Sun Devils. In that time, Stoupe picked up 19 wins in singles play and 13 in doubles. Stoupe’s success went beyond the court during his time in Tempe as he was named to the 2021 Pac-12 Academic Honor Roll.