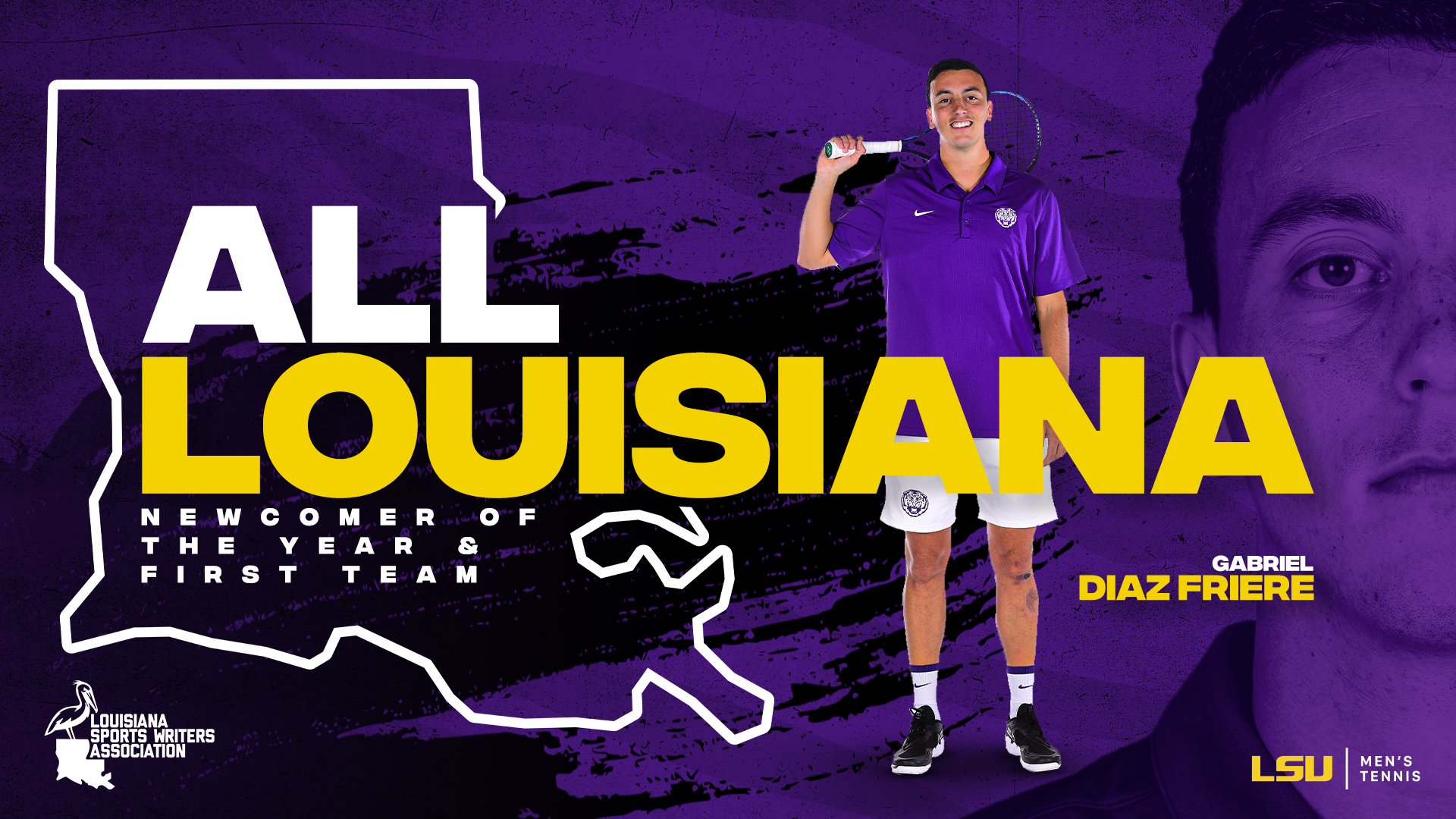 The Gijon, Spain native was one of three Tigers to be recognized by the LSWA. In his lone season at LSU, Diaz Freire led the team in both singles wins (23) and doubles (26) on the year. In SEC play, he grabbed six wins in singles play playing at the Nos. 3 & 4 spots for the Tigers and his six doubles wins in conference play led the team. Diaz Freire’s success played a big part in the Tigers qualifying for the NCAA Tournament and picking up the first tournament win for the program since 2016.

Ronald Hohmann joined his teammate on the First Team after his most successful season thus far at LSU. Hohmann once again led from the front for the Tigers as his singles play at the No. 1 spot contributed to the Tigers qualifying for the NCAA Tournament for the second straight season and picking up the program’s first win in the tournament since 2016. Individually, Hohmann made a charge to the Round of 16 in the NCAA Singles Tournament and was named an ITA Singles All-American for the first time in his career and LSU’s first singles All-American since 2012.

The final Tiger to receive All-Louisiana honors was Vlad Lobak, who was named honorable mention. Lobak picked up 15 wins in singles play on the season and 18 in doubles play while playing near the top of the lineup for the Tigers at the No. 2 singles spot and No. 1 doubles spot.