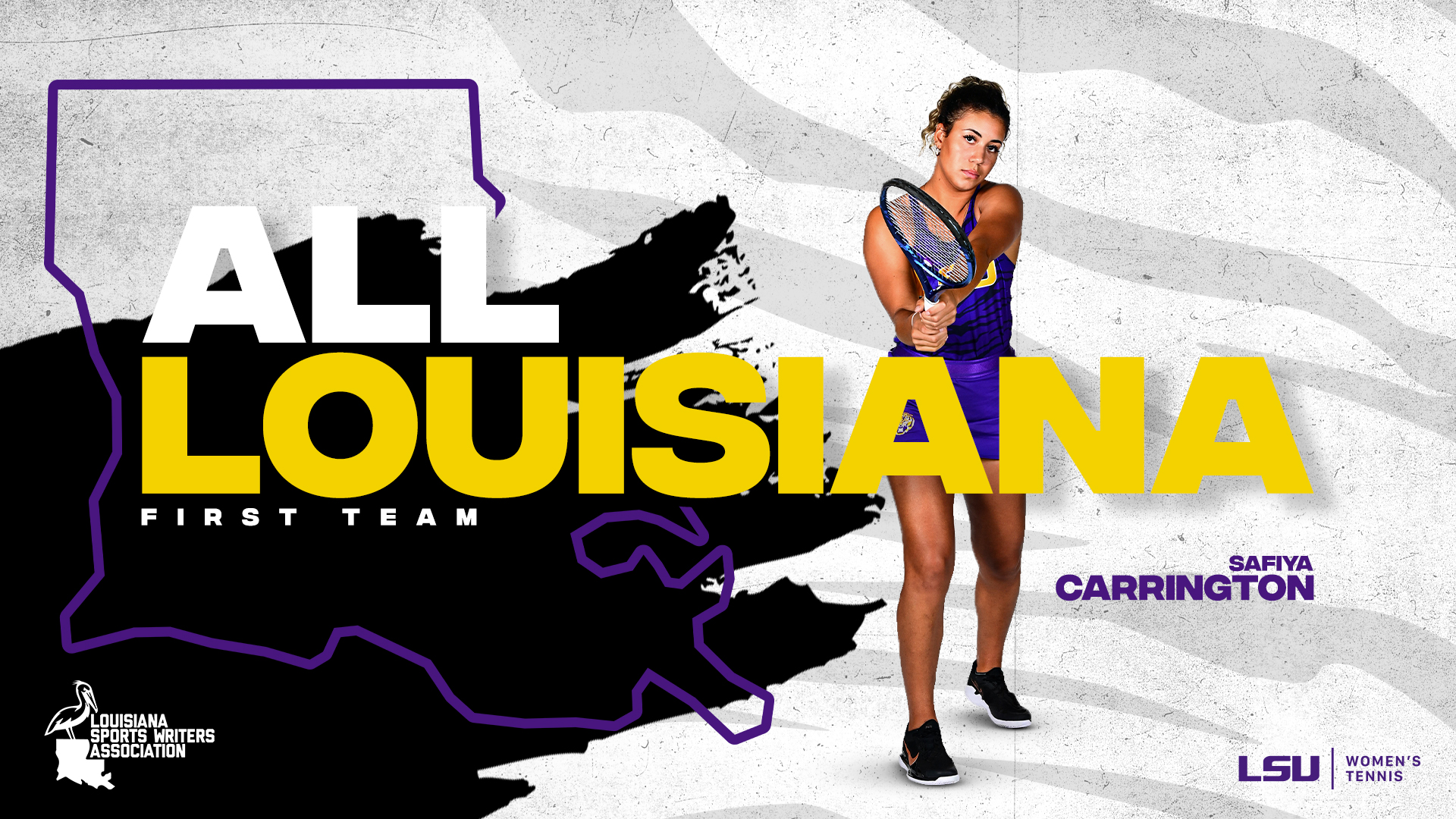 Carrington earns All-Louisiana honors for the third straight season after earning a spot on the second teams in 2020 and 2021. She finished the 2021-22 season with 11 wins in singles play and nine wins in doubles. She tallied four wins against ranked opponents and secured four wins against SEC foes playing at the No. 1 singles spot for the Tigers.

Carrington’s best form in the season came on the weekend the Tigers hosted Vanderbilt and Kentucky, where she won both her singles matches against ranked opponents and won both doubles matches to contribute to LSU securing match victories. She was recognized as SEC Player of the Week on March 23rd for her effort.

The spot on the All-Louisiana First Team is the second season accolade for Carrington, who was named Second Team All-SEC following the completion of the regular season.