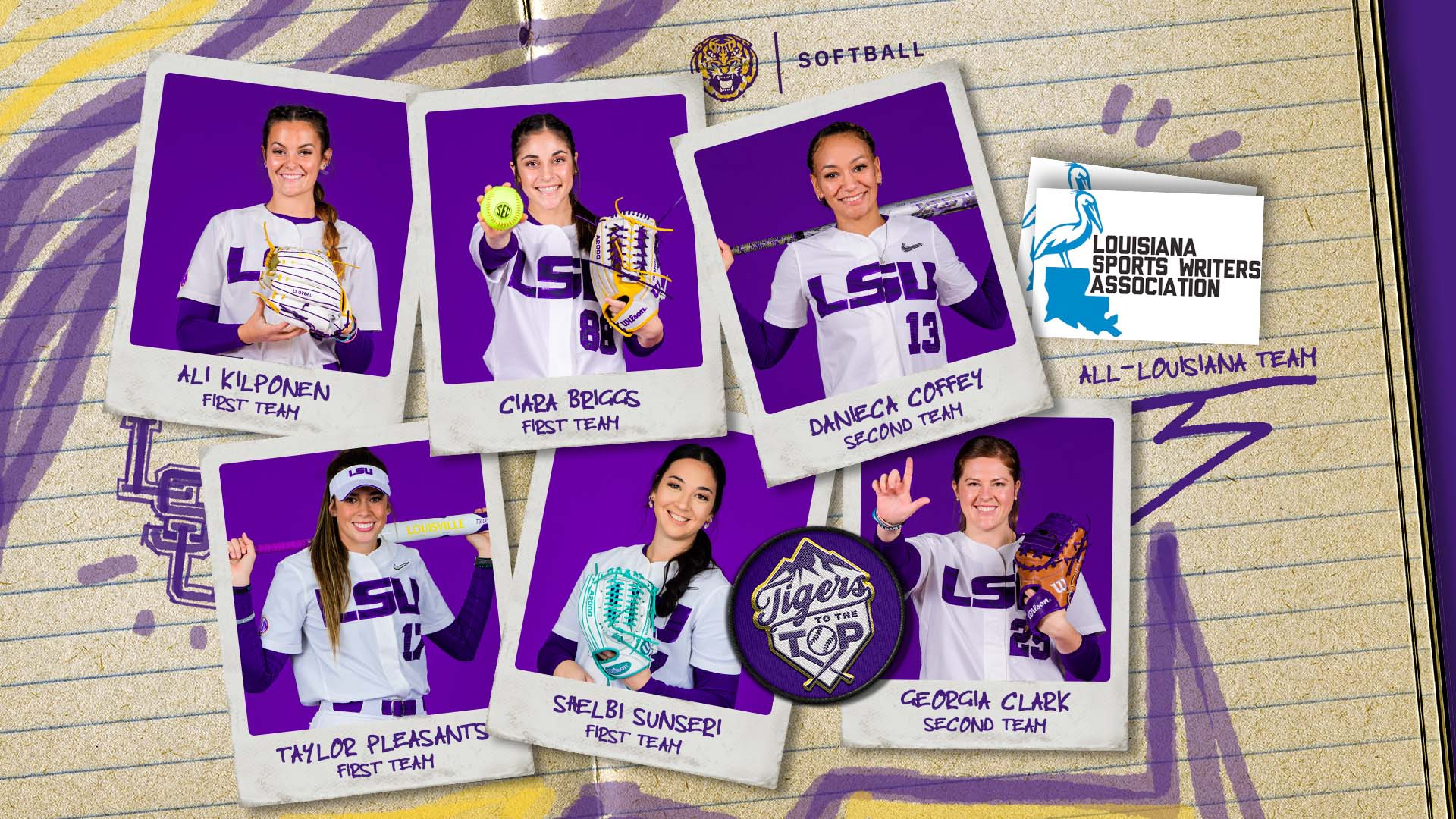 Kilponen and Pleasants are first team honorees for the second consecutive year, and Pleasants is the first in LSWA history to make the All-Louisiana Softball First Team as a freshman and sophomore since LSU pitcher Carley Hoover (2015-16). Kilponen finished the season with an 18-9 record in the circle with a 2.29 ERA and 145 strikeouts, ranking No. 7 and No. 8 in the SEC, respectively. Pleasants turned in a .295 batting average and led the team with 105 total bases and 28 extra-base hits featuring 15 doubles, 12 home runs and one triple.

Briggs became a two-time All-Louisiana winner after gracing the second team in 2021. At the plate this season, the California native batted .368 and had 70 hits (No. 9 in the SEC), 32 RBI and a team-high 53 runs scored. Briggs was one of three LSU Tigers to have a perfect fielding percentage with a minimum of 75 chances as she logged 82 putouts and seven assists. Briggs was honored with the 2022 Rawlings Gold Glove Award, presented by the NFCA.

Sunseri is the only three-time All-Louisiana selection on this year’s All-Louisiana team. Sunseri was on the first team in 2019 as a utility player and was second team in 2021 as a pitcher. In 2022, Sunseri registered a .616 slugging percentage behind 15 home runs – the seventh most in a single season in the program’s record book. In the circle, Sunseri was 8-7 with a 3.23 ERA and struck out 61 batters.

Coffey had a breakout season in 2022 as she captured her first All-Louisiana selection. Coffey paced the Tigers with a .379 batting average, .457 on-base percentage and 72 hits which ranked No. 6 in the SEC.

Five of the six LSU honorees will return for the 2023 season. The Tigers finished the season with an overall 34-23 record that featured its 16th consecutive appearance to the NCAA Tournament.

Third Base: Jourdyn Campbell, So., UL-Lafayette

Third Base: Danieca Coffey, So., LSU

Third Base: Jill Poullard, So., McNeese