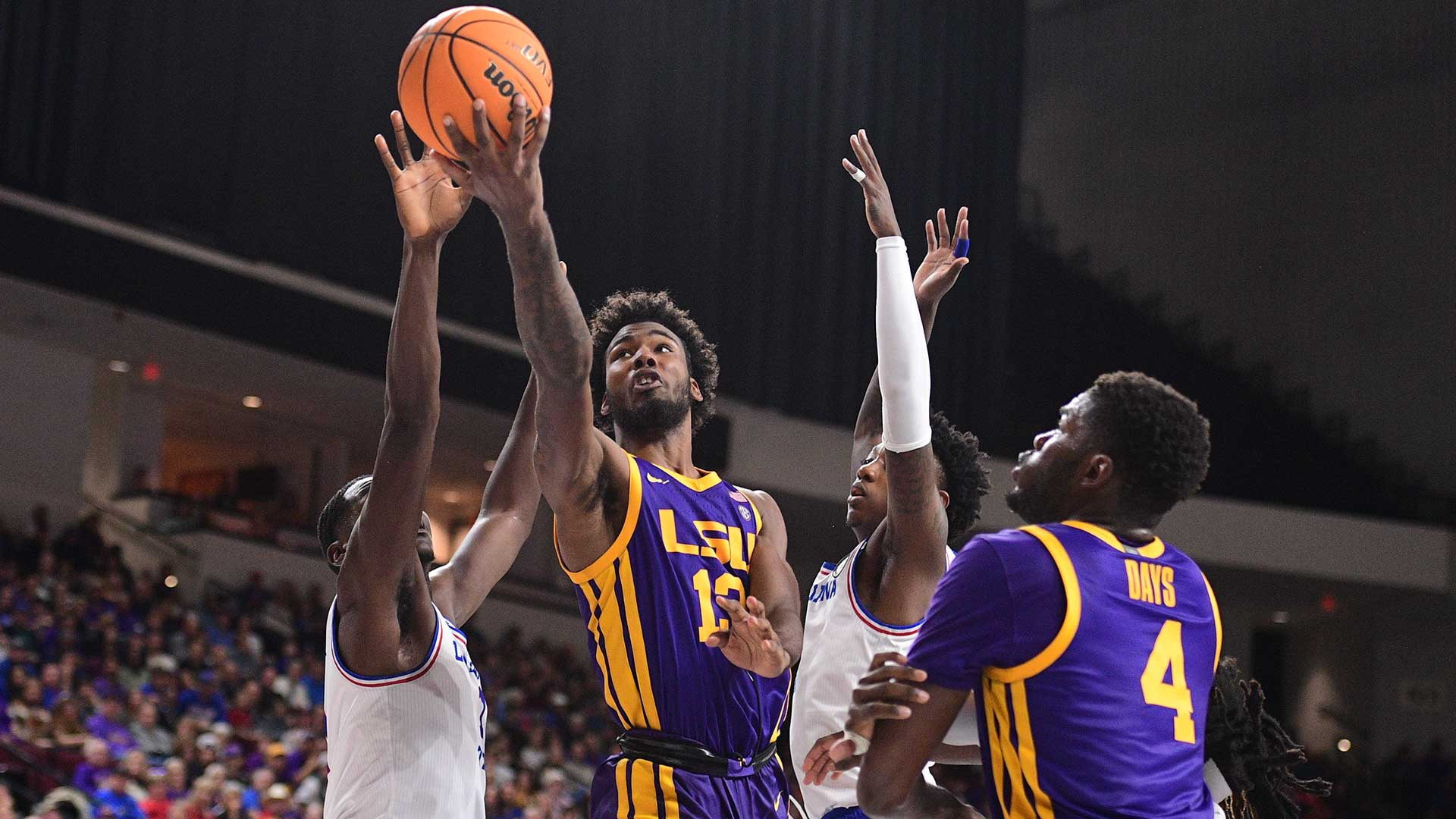 BATON ROUGE – Tari Eason, looking to be a first round NBA Draft selection on Thursday night, was named the top player and newcomer in the state Wednesday with the announcement of the Louisiana Sports Writers Association college basketball team.

Eason, who was named the Southeastern Conference Sixth Man of the Year, had a breakout 2021-22 season at LSU after transferring from Cincinnati, where he played as a freshman. A first-team All-SEC selection and an AP Honorable Mention All-America selection, Eason averaged 16.9 point, 6.6 rebounds, 1.0 assists, 1.1 blocks and 1.9 steals a game while playing 24.4 minutes per game.

The state newcomer of the year award is given to the top first-year non-freshman player in Louisiana.

Brandon Murray, who transferred to Georgetown after his first year at LSU, was named the state’s top freshman of the year. Murray averaged 10.0 points, 3.0 rebounds and 1.9 assists a game.

Senior Darius Days was named to the All-Louisiana second team.