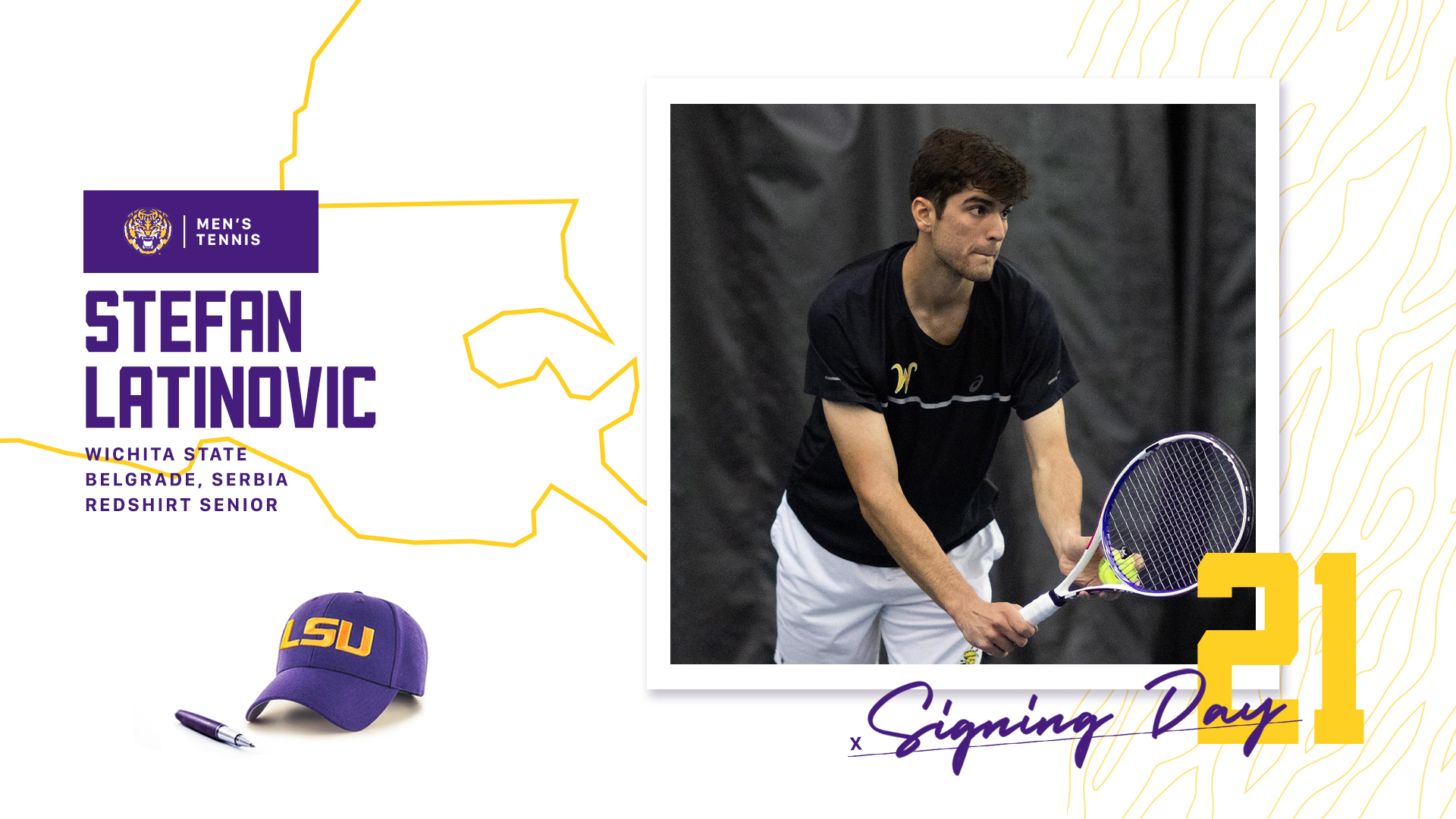 “Stef is one of the hardest workers I’ve ever coached,” head coach Danny Bryan said. “With his big serve and ability to move around so well for his size, he will have an immediate impact on our team. He’s had some huge career wins at Wichita State and with the availability of the best resources in the country here at LSU, the sky’s the limit for him to continue to improve his game. I’m thrilled to have him join our team and hit the ground running.”

Latinovic, an incoming redshirt senior with two years of eligibility left, joins the Tigers after four seasons with the Shockers. During his time at Wichita State, Latinovic played primarily at the No. 4-6 spot in singles and picked up 36 career wins while tallying 30 wins in doubles play.