Two-time NCAA champion pole vaulter and mechanical engineering major is an Academic All-American for the third time in her brilliant career. 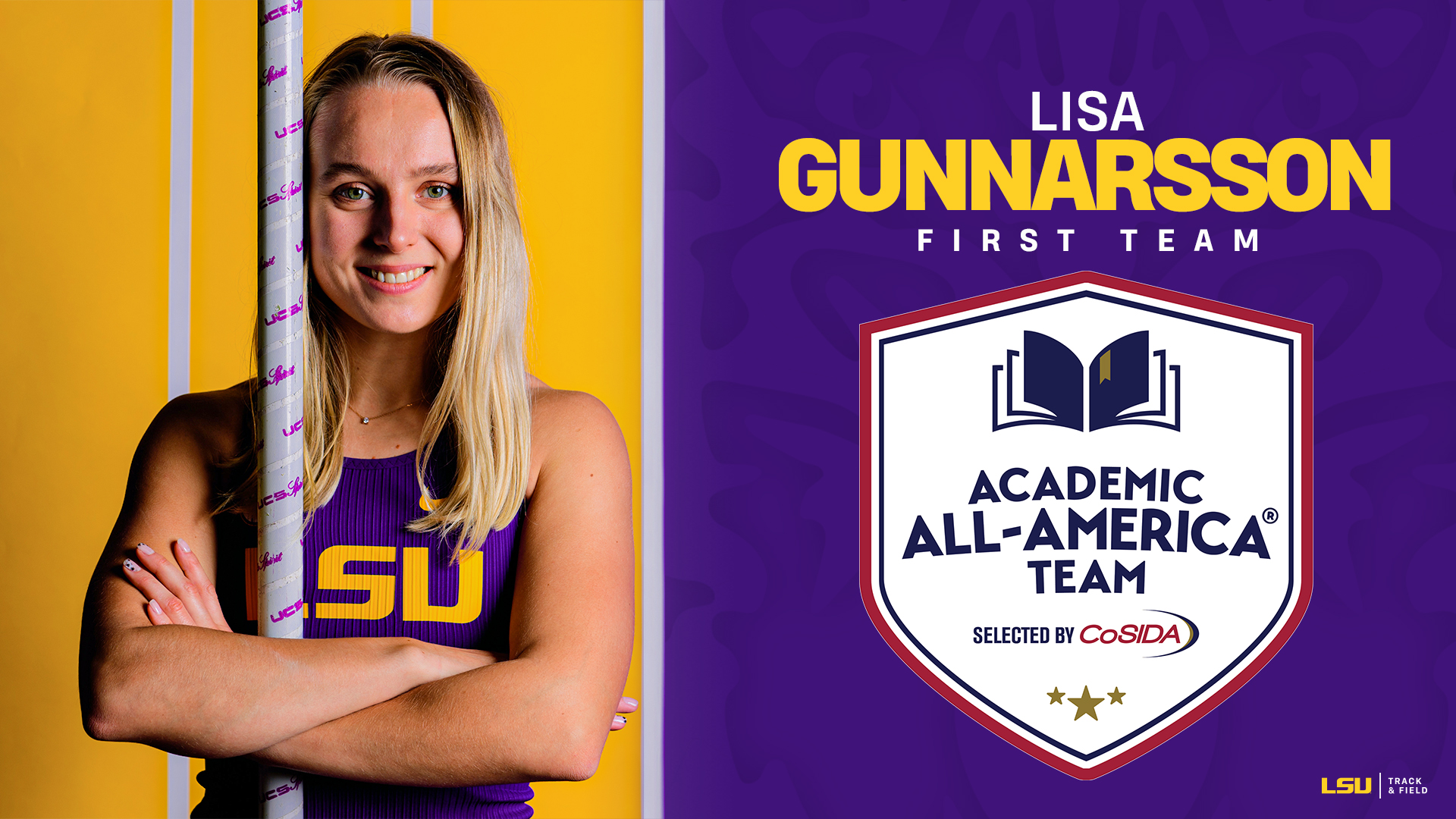 BATON ROUGE, La. – Lisa Gunnarsson, a two-time NCAA champion and the greatest pole vaulter in LSU women’s track and field history, was named on Tuesday a CoSIDA First-Team Academic All-American for the third time in her brilliant collegiate career.

Gunnarsson, a native of Sweden who majors in mechanical engineering, is a seven-time All-American who completed her LSU career earlier this month by placing third at the NCAA Championships in Eugene, Ore., with a vault of 14’ 11’’.

Gunnarsson recorded a lifetime-best clearance of 15’ 3” in March, establishing the LSU school record. She finished second at the SEC Outdoor Championships in May with a mark of 14’ 1.75”.

She was the 2021 NCAA champion in the pole vault, both indoors and outdoors, becoming the first woman to sweep the indoor/outdoor pole vault titles since Kylie Hutson of Indiana State in 2010.

Gunnarsson was a four-time All-SEC performer and the 2020 SEC Outdoor pole vault champion, and she was voted the 2021 SEC Scholar-Athlete of the Year for women’s outdoor track and field.

She has also excelled on a global level, holding the World U18 Record and the Swedish U20 Record during her vaulting career.