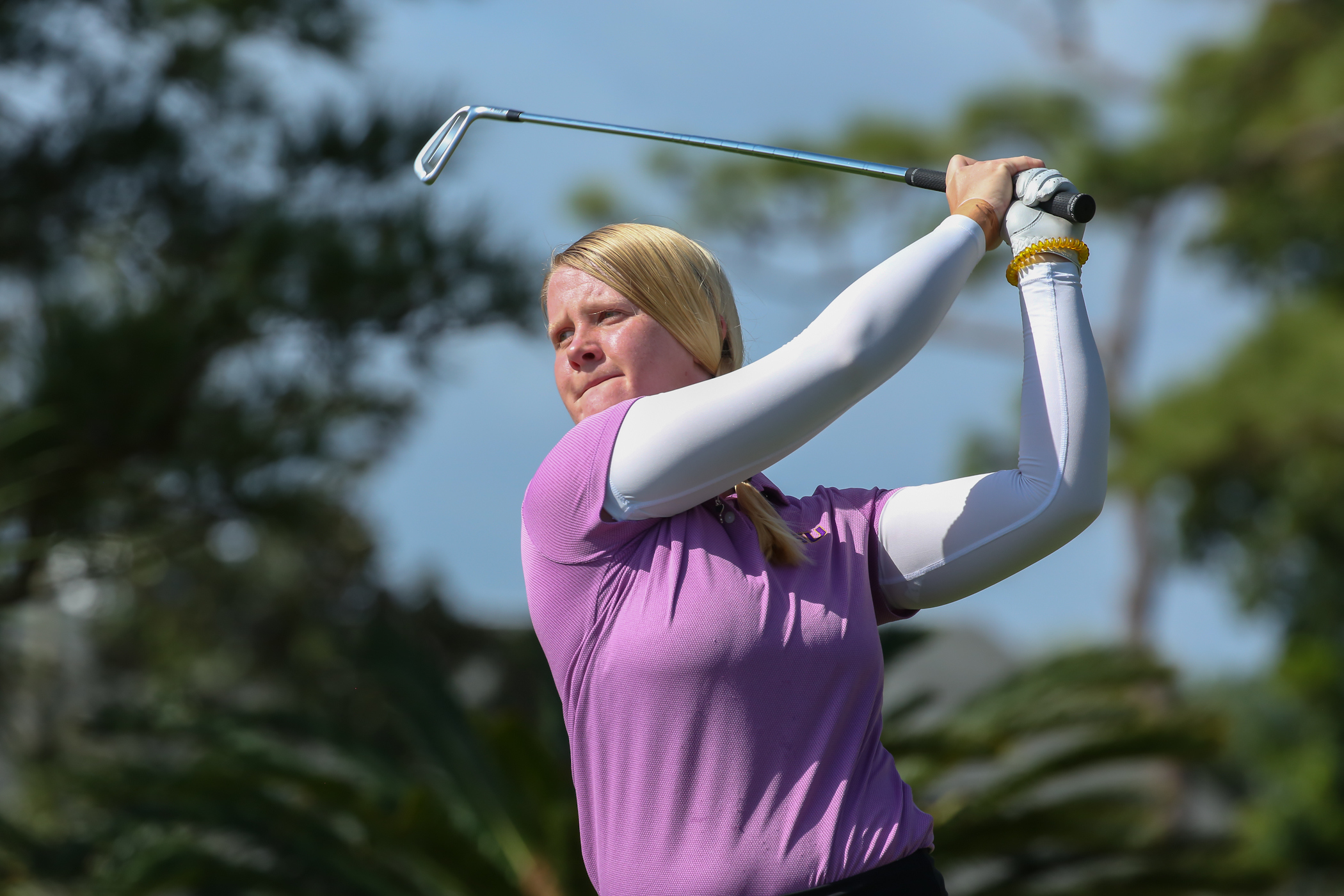 BATON ROUGE – LSU’s Ingrid Lindblad and Carla Tejedo were honored by the Golfweek writers on Monday when they were announced on the outlet’s annual All-America golf teams.

Lindblad, who already had earned first-team honors from the Women’s Golf Coaches Association, was also selected to the first team from Golfweek. Tejedo was named an honorable mention selection by Golfweek.

Lindblad, who is set to return for her senior season at LSU in the fall, had a spectacular junior season, finishing as the low amateur in the United States Women’s Open (T11) and T2 in the Augusta National Women’s Amateur.

The native of Halmstad, Sweden, won five times during the 2021-22 season capturing the Jackson T. Stephens Cup, the Moon Golf Invitational, the Clover Cup, the Clemson Invitational and the Southeastern Conference Championship. Lindblad made a 38-foot eagle putt on the 54th hole to shoot 10-under par and capture the league crown.

She was named for the second time the SEC Golfer of the Year, equaling her award in 2020.

Lindblad also broke the school women’s mark for wins in a career during the season, now standing at nine. It is the most wins by any LSU golfer, male or female, in the last 40 years.

Lindblad finished with a season average mark of 70.38. She has a career scoring average of 70.49 for her 86 rounds over three years with 19 top five finishes and 59 rounds of par or under.

Tejedo, who completed her sophomore season at LSU, was named All-SEC second team in 2022 and posted her first collegiate win in the fall of 2021 in the Jackson T. Stephens Cup. She averaged 72.52 for her 31 rounds this past season, a decrease in almost one full stroke in scoring average between her freshman and sophomore seasons.

Tejedo helped LSU to wins in all three of the matches en route to the SEC team championship and finished solo fourth in the NCAA Stanford Regional with a 54-hole total of 5-under 208.

Both Ingrid and Tejedo, along with Jess Bailey, Elsa Svensson and transfer Aine Donegan, are competing this week in the Women’s Amateur Championships in Hunstanton, England.