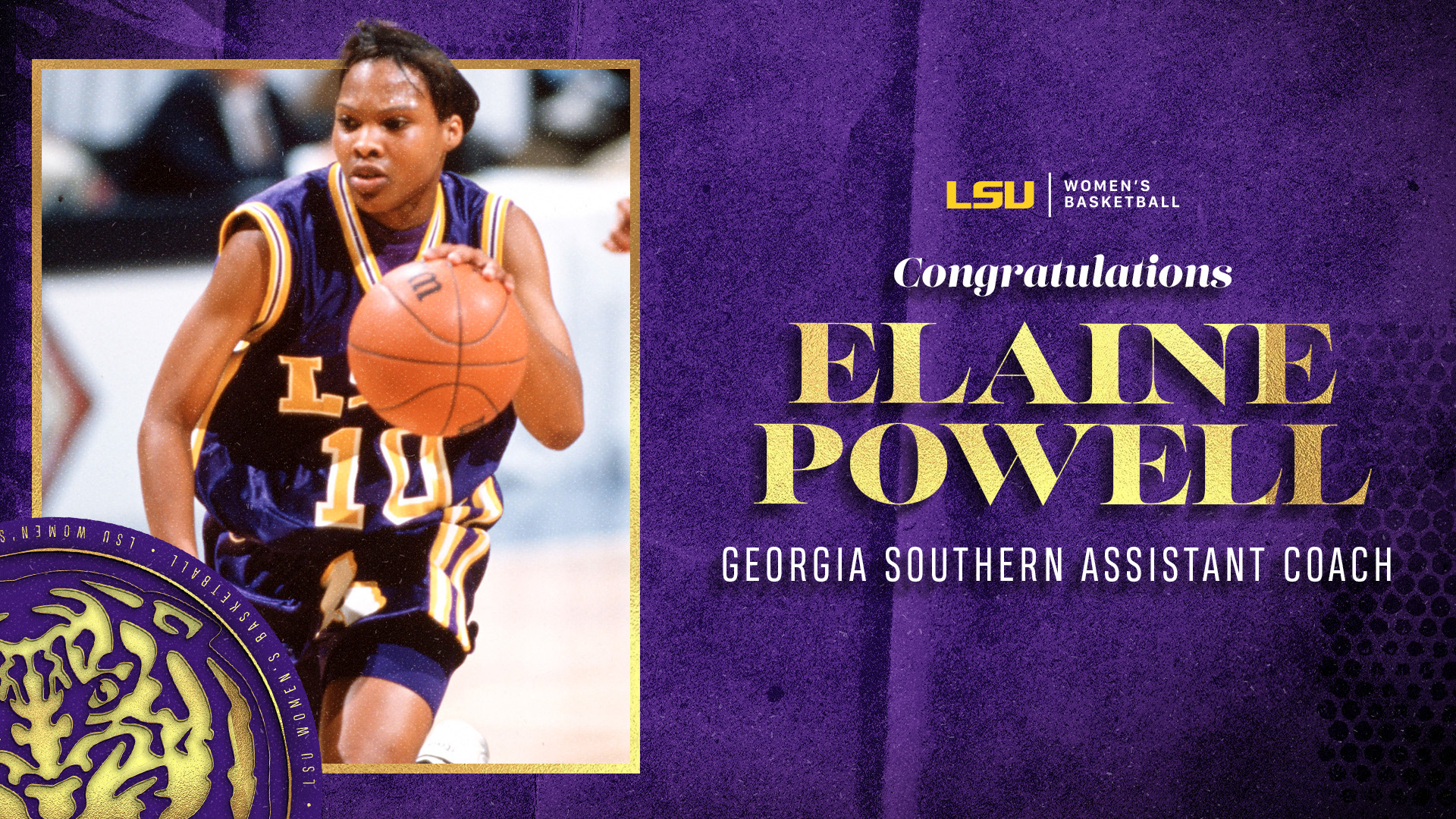 Powell joins Tameka Johnson, who was recently hired at Western Kentucky, as the second former Tiger to land a college coaching job this offseason. Powell previously was the head coach at Langston who LSU hosted in an exhibition game last season.

In her two seasons at LSU, Powell led the Tigers in scoring, scoring 20.1 points per game during the 1995-96 season and averaging 17.9 point the following season. She eclipsed 30 points in five games, including a career-high 33 points at SMU in 1996. Stretching the floor with good shooting range, Powell owns the fourth highest three-point percentage in program history, shooting 37.1-percent from beyond the arc. She was a two-time All-SEC player.

During her senior season in Baton Rouge, Powell led the Tigers to the NCAA Tournament for the first time in five seasons. LSU was 25-5 that season and advanced to the Sweet 16.

Following her career at LSU, Powell went on to become the first LSU player drafted into the WNBA in 1999 as a 4th round selection by the Orlando Miracle. She played in the WNBA with stints on four teams through 2008. Powell won three WNBA Championships with the Detroit Shock.

July 2022 CCACSA Student-Athletes of the Month

July 2022 CCACSA Student-Athletes of the Month