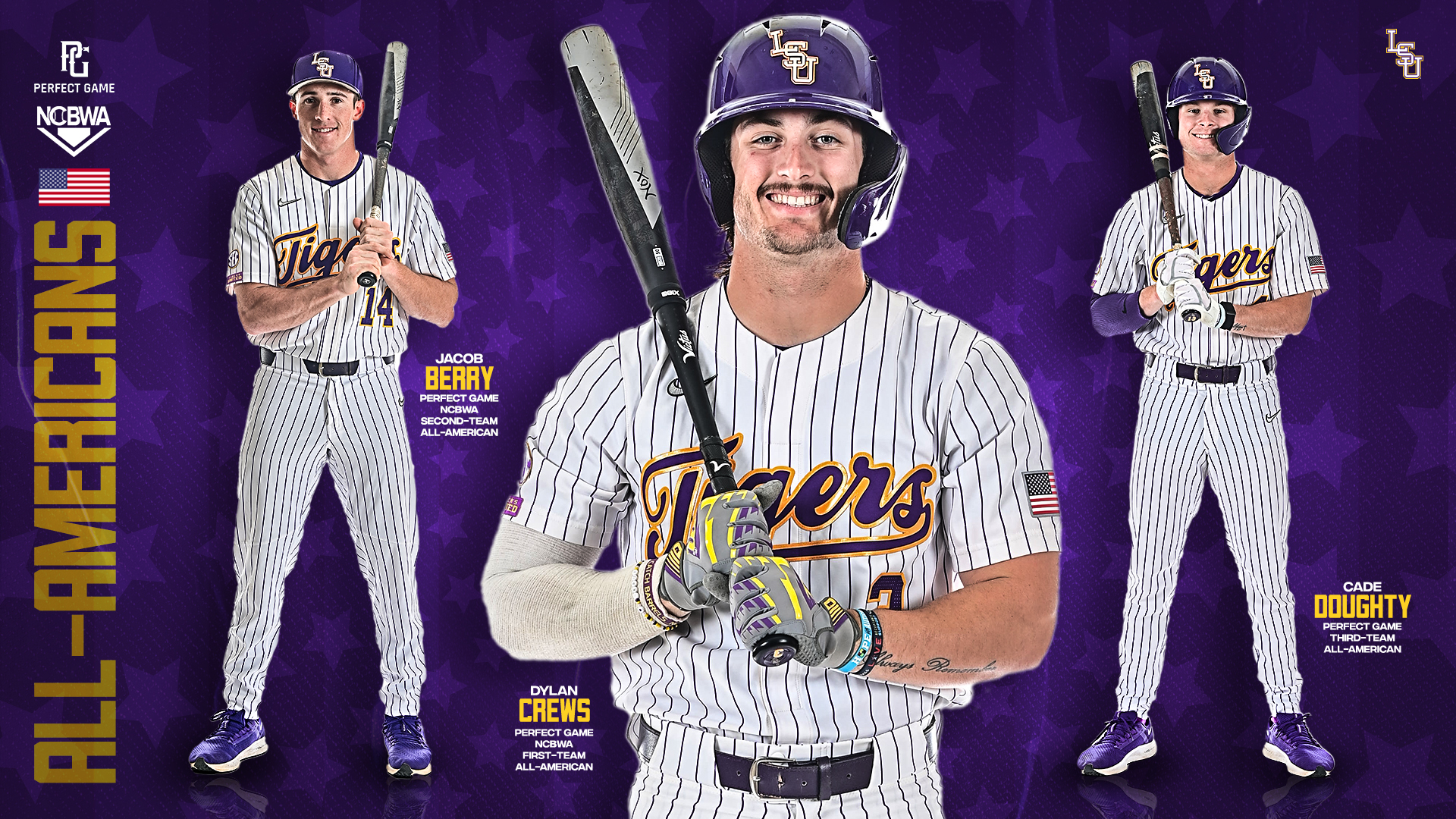 Crews, a Longwood, Fla., native, was named in 2021 as the National Freshman of the Year by Perfect Game.

Berry, a third baseman/DH from Queen Creek, Ariz., was a Golden Spikes Award semifinalist and second-team All-SEC selection as he batted a team-high .370 with nine doubles, 15 homers, 48 RBI and 47 runs.

Doughty, a second baseman from Denham Springs, La., batted .298 with 15 homers, 57 RBI, 56 runs and a team-high 19 doubles. He was voted to the NCAA Hattiesburg Regional All-Tournament Team after hitting .444 (8-for-18) with three homers, six RBI and seven runs.

Doughty provided a walk-off homer to defeat Georgia and a walk-off single in a win over Missouri, and he was named SEC Player of the Week after leading the Tigers to a season-opening three-game sweep of Maine.