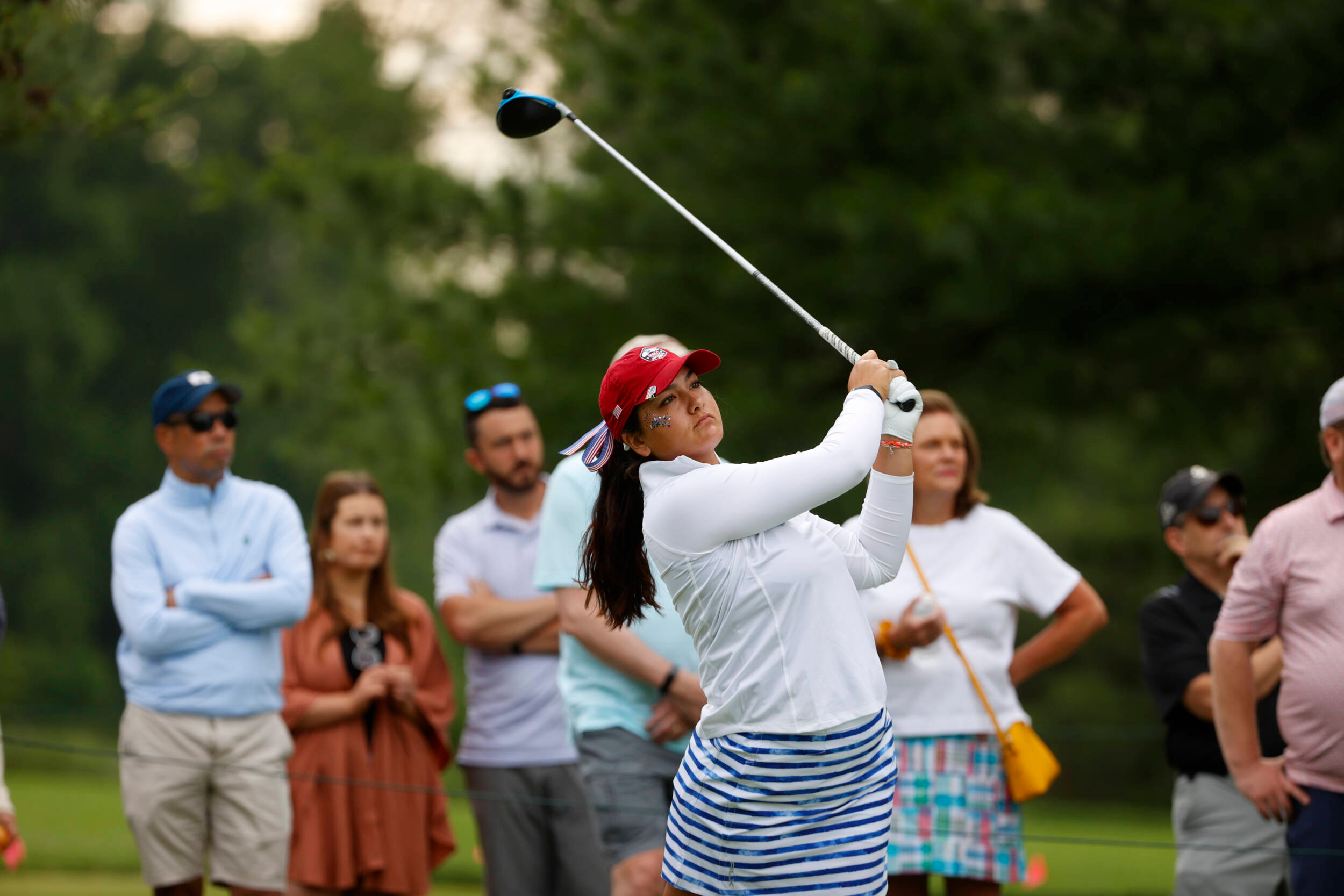 BATON ROUGE – Saturday night on Golf Central studio analyst Mark Rolfing said that the rallying win Saturday morning by LSU’s Latanna Stone and Emilia Migliaccio in the fourball competition may be the pivotal win of the Curtis Cup if the United States goes on to claim their expected victory.

And just like the SEC Championship match play when Stone made key putts late in matches to clinch LSU wins on the way to the title, Stone led a charge back from what appeared to be a Great Britain and Ireland win waiting to happen to turn the match completely back to the US side.

The U.S. team of Stone and Migliaccio was 2Down with three holes to play entering the 16th hole after the GB&I team of Charlotte Heath and Louise Duncan won the 15th hole.

But Stone with a perfect approach shot had a short putt for birdie on the par 4 16th, taking the USA deficit to 1Down and then Stone was able to get a tricky par putt to drop to bring the match back to all square. On the very difficult par 4 18th with GB&I players struggling to get home, Migliaccio made a lengthy par putt to win the third consecutive hole for American and the match 1UP.

What looked to be a session win for the visitors suddenly turned into 2-1 for the Americans to expand their lead to 7-2.

The teams split the alternate shot afternoon competition 1.5-1.5 to make the team score 8.5-3.5 after 12 matches with the eight singles matches set for Sunday. The USA needs just 1.5 points from the eight single matches to keep the Curtis Cup for two more years.

Stone and Jensen Castle of Kentucky, who won together in alternate shot on Friday, lost to Hannah Darling and Annabell Fuller. Stone is 2-1 over the four sessions so far.

Sunday’s matches have been moved to very early on Sunday because of impending weather at the Merion Country Club in Ardmore, Pennsylvania. The final round will be streamed on Peacock now beginning at 6:30 a.m. CT with an encore showing of the singles highlights now set for 4 p.m. CT on The Golf Channel.