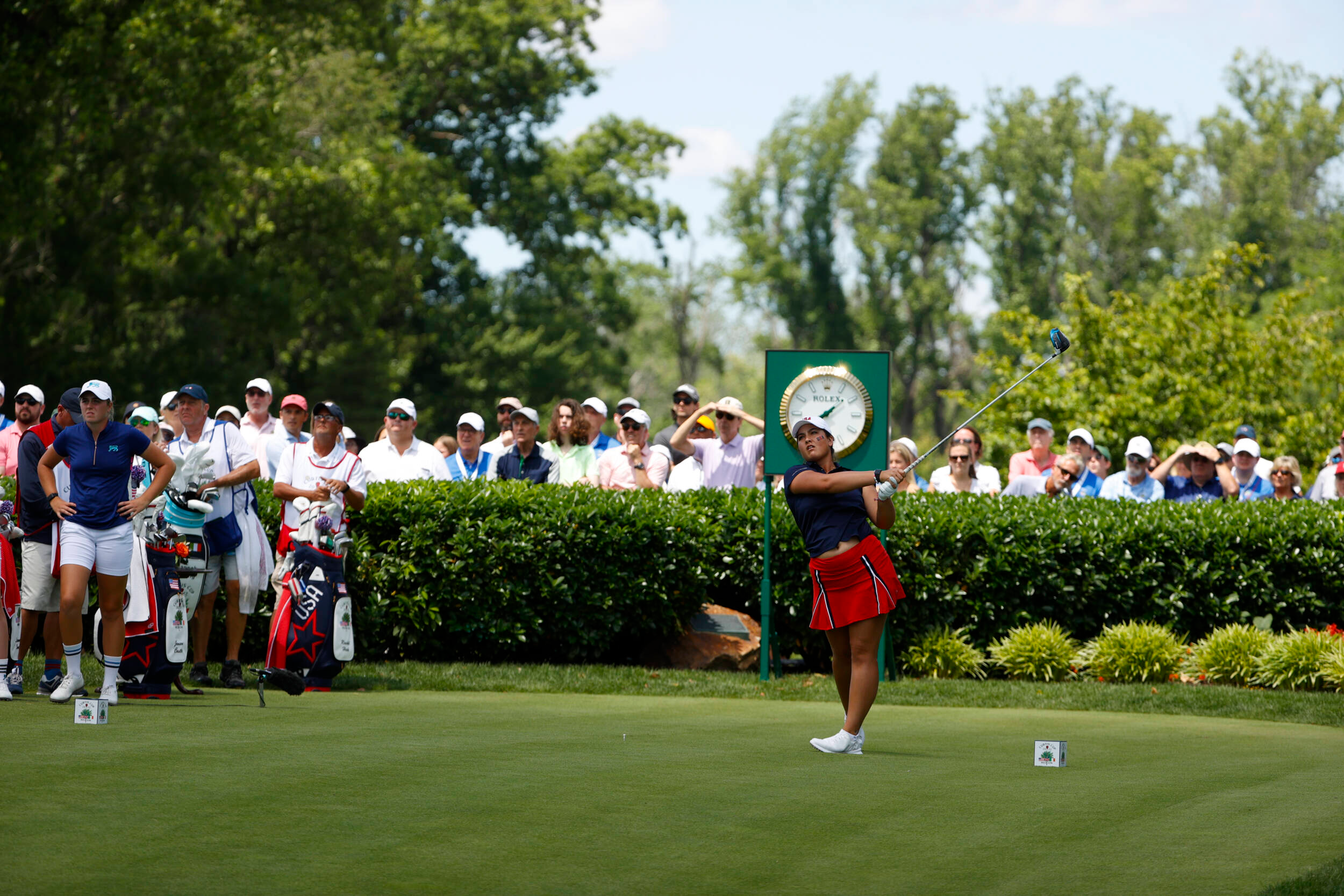 BATON ROUGE – LSU’s Latanna Stone teamed with Kentucky’s Jensen Castle for a dominate 5&3 victory for the United States in the opening match of the afternoon session Friday in the Curtis Cup at the famed Merion Country Club in Ardmore, Pennsylvania.

The win in the alternate shot format was part of a United States afternoon sweep over Great Britain and Ireland that gave the Americans an impressive 5-1 lead after the first two sessions of the 42nd edition of the Curtis Cup which features the top amateur players in both countries.

Many of the players for both teams, like Stone and Castle, are stars at American colleges and universities.

Stone and Castle took the lead on the par 5 second hole, making birdie four while GB&I made double bogey. A par on the course’s other par 5 on the fourth was plenty good as the Darling/Duncan pairing again made double. The lead went to 3UP on the par 4 fifth as the US duo won with a bogey. The lead would expand to 4UP on the eighth hole with a birdie 3 on the par 4 hole.

Stone and Castle then played solid golf as they halved the next seven holes, winning the match on the 15th with a par four for a 5Up advantage.

“Jensen and I really weren’t worried about the lead,” Stone said after the match. “We were just kind of shooting for a goal, like 3-under, for the team so we just kind of put that in the back of our mind.”

The Curtis Cup continues with another six matches on Saturday, three four-ball matches in the morning and three foursomes in the afternoon.