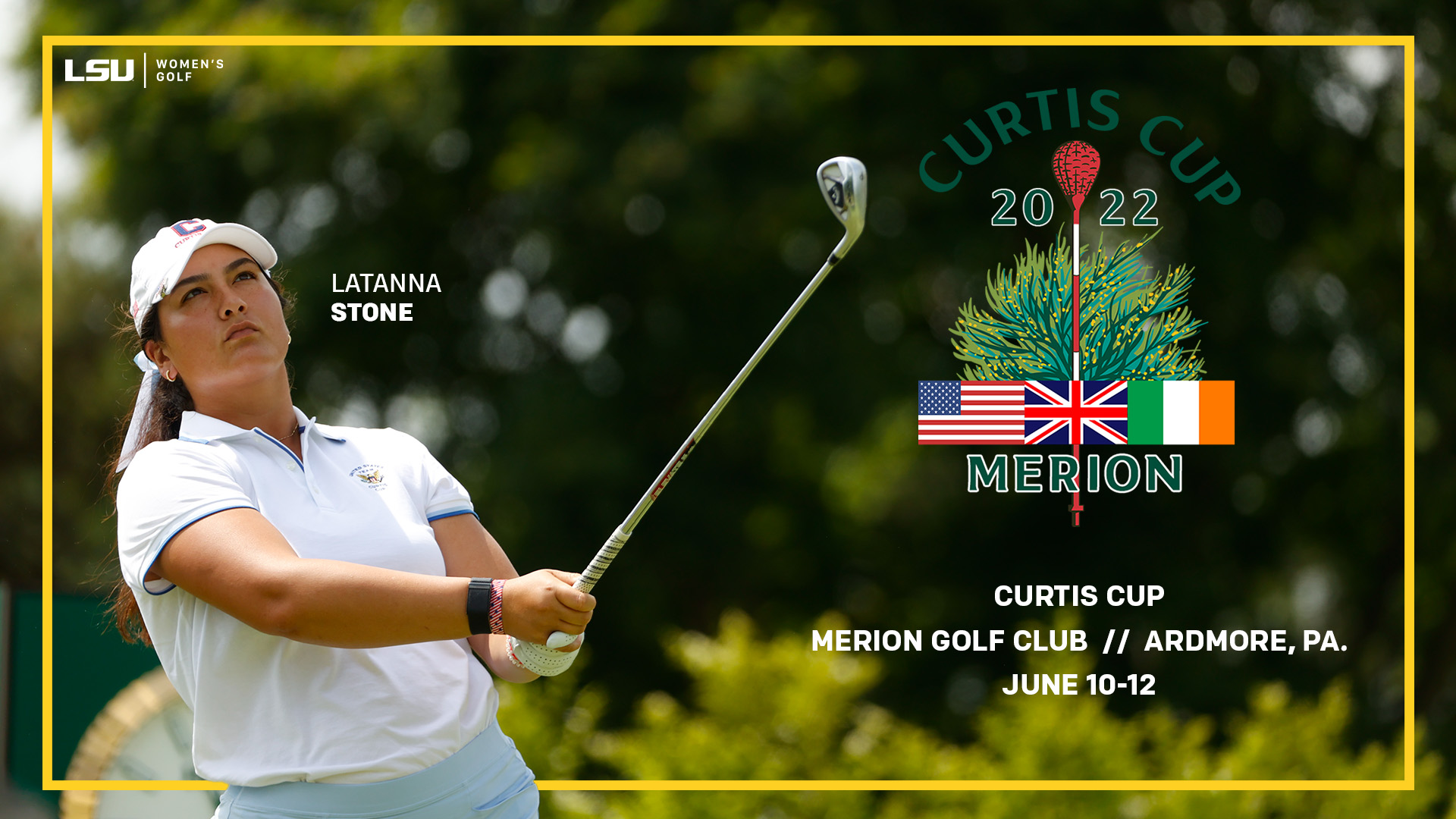 The Curtis Cup Match is contested by female amateur golfers, one team from the United States and one team comprised of players from Great Britain and Ireland. The Match is conducted normally every two years, but is being conducted in consecutive years after a one-year postponement in 2020 because of the pandemic.

The United States has a 30-8-3 record in the previous matches but the Americans had to rally from a three-point deficit after Day 1 in Wales a year ago to win, 12.5-7.5.

Stone helped lead the Tigers to their first team SEC Championship in 30 years in Birmingham in April, going 2-1 in match play. The Riverview, Florida native made clutch putts in both the semifinals and the championship match that clinched the title for the Tigers including in the finals against Florida when she birdied the last three holes.

She also finished tied for eighth in the NCAA Regionals at Stanford with a 1-under 212 when LSU advanced to the national championship for the second straight year.

For the season, Stone averaged 73.21 for the season. She will also represent the U.S. for the third time in the Palmer Cup in July in Switzerland.

The returning American captain is Sara LeBrun Ingram, who captained the 2021 victory. She is a three-time U.S. Mid-Amateur champion, who has also played in three Curtis Cup matches. The Nashville, Tennessee resident was also runner-up in the 1993 U.S. Women’s Amateur and was a two-time All-America at Duke.

Joining Stone on the team is Amari Avery, who completed her freshman season at Southern Cal; Jensen Castle, who played for Kentucky this past year; Megha Ganne, who will play at Stanford this fall; Rachel Heck and Rose Zhang from NCAA Champions at Stanford; Rachel Kuehn, who plays at Wake Forest; and, Emilia Migliaccio, a former player at Wake Forest, who has remained an amateur while moonlighting on course for The Golf Channel.

The format calls for three four-ball matches and three foursomes (alternate shot) matches on both Friday and Saturday with eight singles matches on Sunday. A victory in each match scores one point with a half-point for each team if after 18 holes it is tied. The American’s need 10 points to retain the Cup, while GB&I must get to 10.5 points to secure the cup.

The par 70 Merion Club will be holding its 20th USGA championship, dating back to 1904. This will be second Curtis Cup there in addition to the 1954 matches.

The Golf Channel and Peacock will have coverage of the event starting on Friday at 8:30 a.m. on the Golf Channel. Peacock streaming will have the afternoon coverage at 1:30 p.m. Saturday’s coverage is scheduled for 10 a.m. and 4 p.m. on Golf Channel with one hour on Peacock prior to each telecast. The Sunday singles will begin on Peacock at 1 p.m. with Golf Channel coverage beginning at 4 p.m. All times listed are Central Time.