The Tigers complete the season with a 40-22 mark in the first year under coach Jay Johnson. 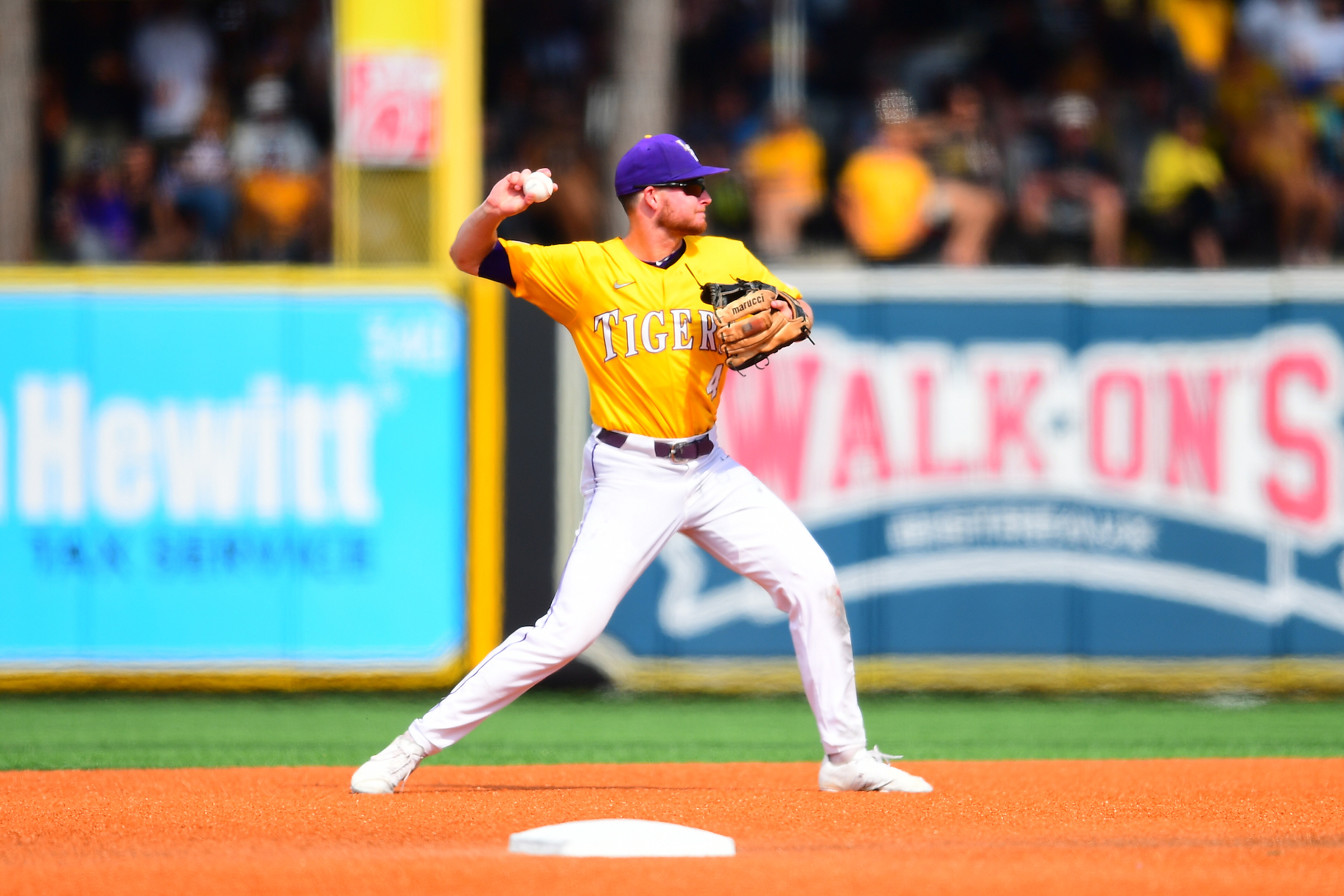 HATTIESBURG, Miss. – Third baseman Danny Lynch’s sacrifice fly in the top of the ninth inning Monday scored the go-ahead run for Southern Miss, and the Eagles held on to post an 8-7 win over LSU in the championship game of the NCAA Hattiesburg Regional at Pete Taylor Park.

“When I say painful, this is deep pain,” Johnson said. “I know it means you’re living a pretty good life if losing a baseball game hurts that bad, but it really does. A lot of it is because of these players. My feet hit the ground every single day with excitement to coach this team.

“I was not prepared to lose the game. I had full belief we were going to win today.”

Southern Miss reliever Tyler Stuart (4-0) was credited with the win as he worked the final 1.1 innings, allowing no runs and no hits with one strikeout.

LSU reliever Eric Reyzelman (1-2) was charged with the loss as he gave up one run on three hits in two innings with no walk and one strikeout.

Stuart retired the Tigers in order in the bottom of the ninth to end the game.

Southern Miss rightfielder Carson Paetow led off the game with a home run, his 16th of the year.

The Tigers responded with three runs in the bottom of the first inning as first baseman Tre’ Morgan delivered a two-run single and shortstop Jordan Thompson reached base safely on a bunt, scoring second baseman Cade Doughty from third base.

USM reduced the deficit to 4-3 in the fourth as the Eagles scored on a passed ball and on an RBI groundout by centerfielder Gabe Montenegro.

The Eagles erupted for four runs in the top of the seventh, benefitting from two walks, a hit batter and an error. The inning was highlighted by Montenegro’s two-run single, an RBI single by Wilks and a sacrifice fly by Sargent.

The Tigers narrowed the gap to 7-6 in the bottom of the seventh when Morgan and Thompson delivered back-to-back RBI singles.

LSU tied the game in the eighth on a solo homer by designated hitter Gavin Dugas, his fifth dinger of the year.