LSU will face Southern Miss at 3 p.m. CT Monday, with the winner advancing to the NCAA Super Regional. 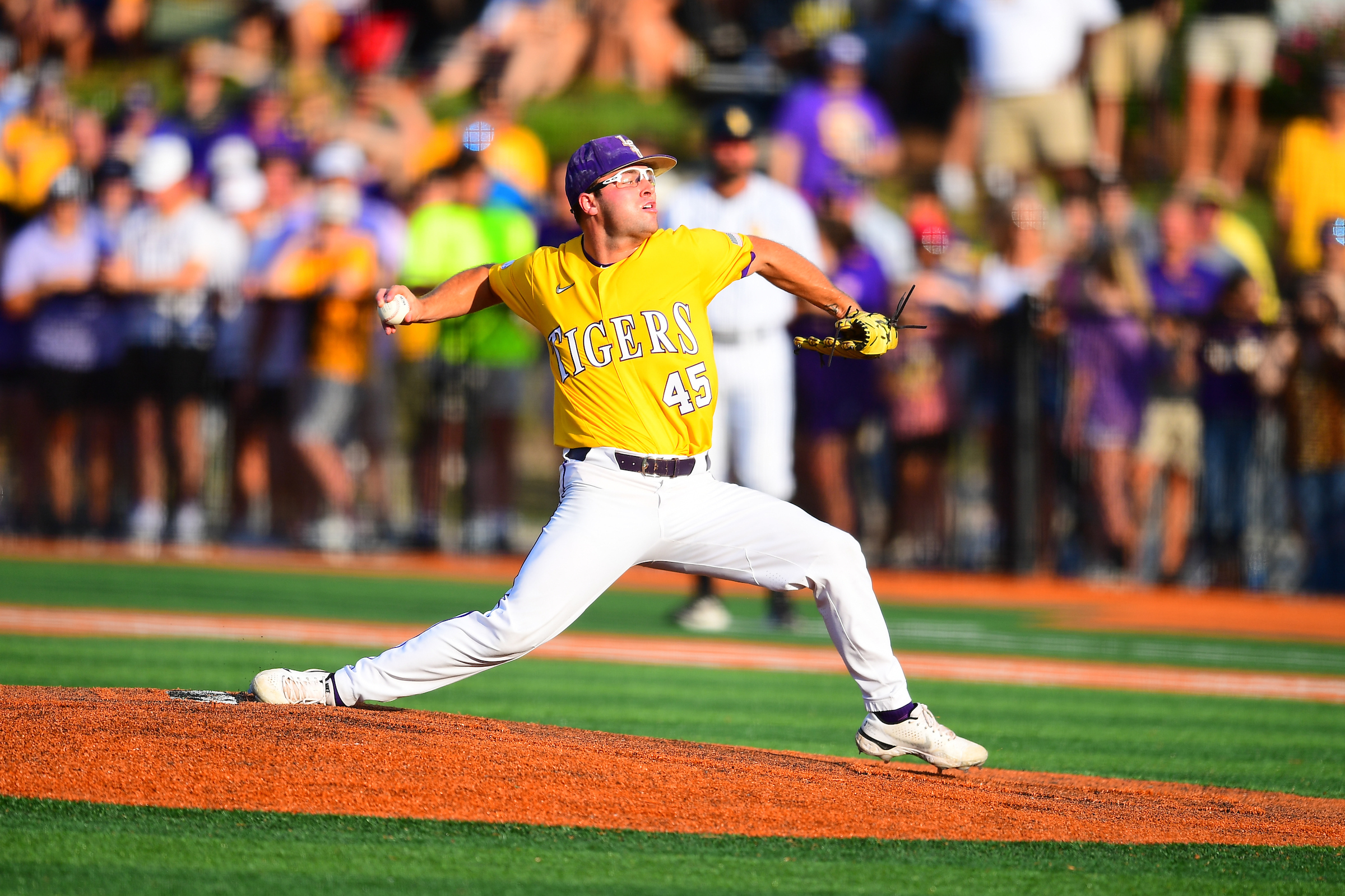 The USM win forces a winner-take-all regional championship game versus LSU at 3 p.m. CT Monday. The winner of Monday’s game will advance to an NCAA Super Regional against either Ole Miss or Arizona.

Southern Miss, which defeated Kennesaw State, 4-3 (10 innings) in an elimination game earlier Sunday, improved to 46-17 with the win over the Tigers.

LSU dropped to 40-21 with its first loss in the regional.

Monday’s LSU-Southern Miss game will be broadcast on the LSU Sports Radio Network (www.LSUsports.net/live) and televised on ESPNU.

Storm (3-0) entered the game in the fifth inning and limited LSU to no runs on two hits with one walk and seven strikeouts.

LSU reliever Riley Cooper (4-3) was charged with the loss as he allowed one run on two hits in 2.2 innings with two walks and three strikeouts.

“Tonight doesn’t have anything to do with tomorrow unless the players let it and we will not do that,” said LSU coach Jay Johnson. “Our approach will be to get 27 outs as fast as we can with as few of the guys from Southern Miss scoring. I don’t really have an answer of what that looks like just yet, but we will by the time the bell rings tomorrow.

“We’ve answered the bell with after falling before and did it very well, so it’s not anything that’s uncommon. I want them to be themselves and play in character.”

LSU grabbed a 2-0 lead in the top of the first inning when third baseman Jacob Berry smacked a one-out double and second baseman Cade Doughty later launched a two-run homer, his 14th of the season.

The Eagles tied the game in the bottom of the second inning against Tigers starter Samuel Dutton as designated hitter Slade Wilks scored from first base on third baseman Danny Lynch’s double and an LSU outfield error, and Lynch later scored after second baseman Will McGillis singled and centerfielder Gabe Montenegro grounded into a double play.

The Tigers responded with two runs in the top of the third as Doughty lined an RBI single and rightfielder Josh Pearson scored from third on a passed ball.

USM tied the contest again in the third on run-scoring singles by Wilks and Danny Lynch.

USM rightfielder Carson Paetow unloaded his 15th homer of the season in the eighth inning, extending the Eagles’ lead to 8-4.