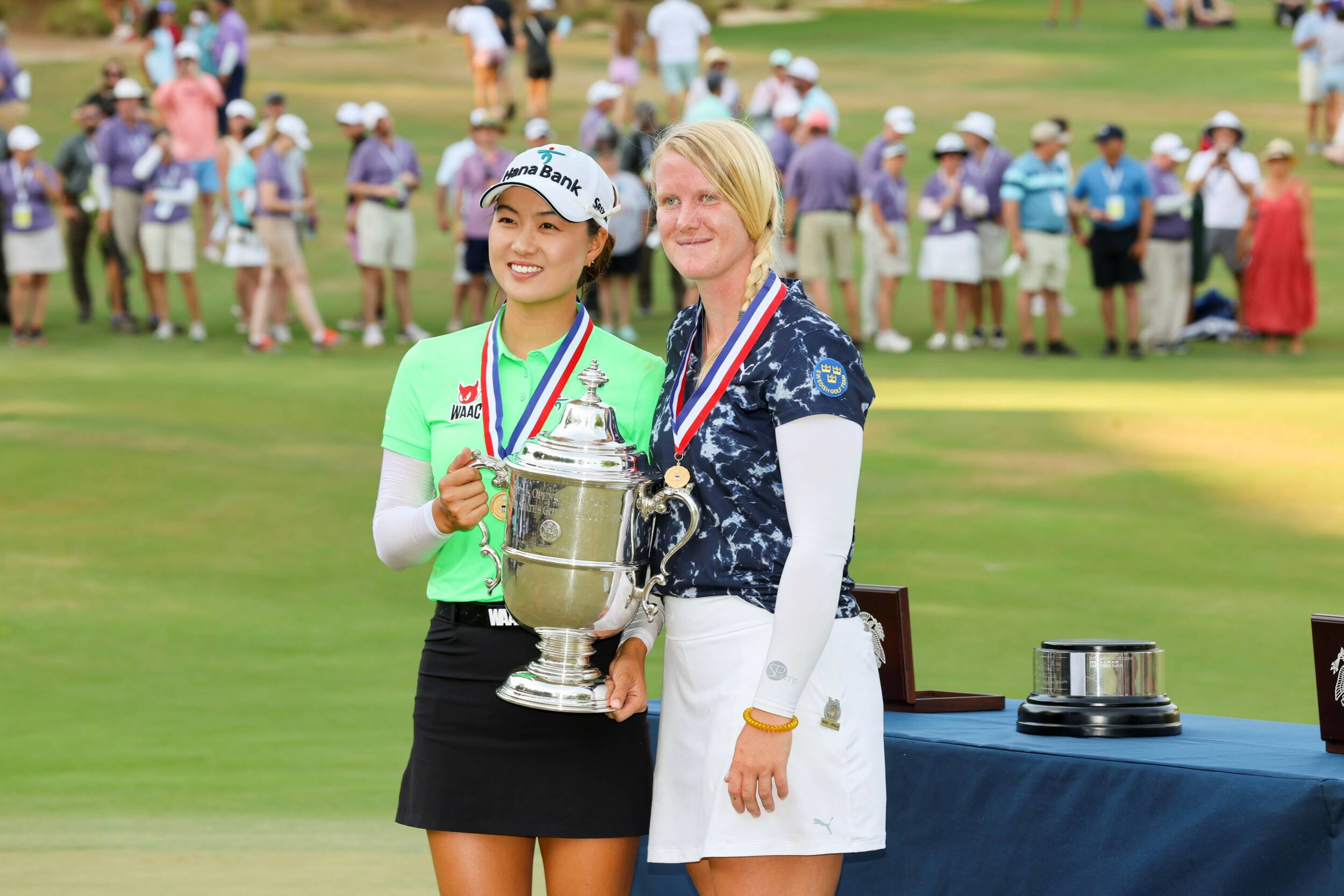 Lindblad finished in a tie for 12th place with a final round of 5-over 76, when the final round conditions over the historic par 71 layout made things tough for the entire field of 70. Only two players posted red figures on the scoreboards around the course.

“Well, after twelve holes, I had hit 12 greens and I was three-over,” Lindblad said post-round about her day. “It was tougher today. I would hit the green but then I’d have a 50 or 60-footer. I’ve been putting good all week, but nothing really went in today until No. 15 when I made a 40-footer.”

That was for her lone birdie of the round.

And, she played with Swedish legend Annika Sorenstam the first two rounds of the event. Plus, got a little summer school homework done during tournament week as well.

Asked what she learned about herself this week, the LSU junior All-America said: “It’s possible to score low. The first day I made everything, which doesn’t happen a lot but shows it’s possible. Overall, it was a great week and I feel that my game is trending in the right direction.”

This as part of a year in which she won the SEC Championship for LSU, helped the Tigers to the team title, SEC POY for a second time and a T3 finish in the NCAA Championships.

Now the journey continues next in her hometown of Halmstad, Sweden where she has received an invitation to compete in the Volvo Car Scandinavian Mixed Hosted By Henrik (Stenson) & Annika (Sorenstam) on the Ladies European Tour and the DP World Tour.