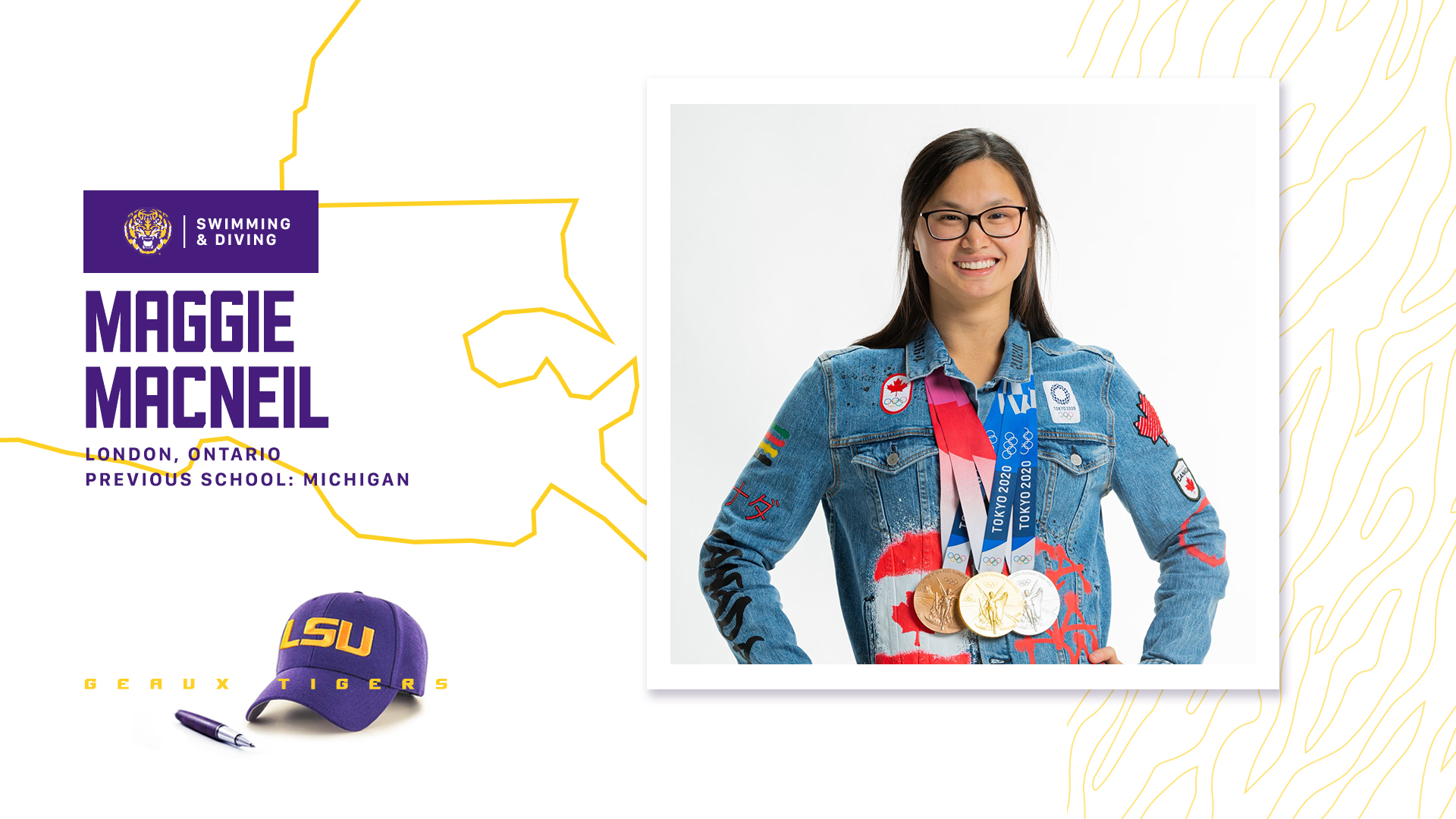 MacNeil, who won Tokyo Olympic Gold in the 100-meter butterfly, reunites with her former college coach Rick Bishop. Bishop, who served as her primary coach during her NCAA record performance and the run-up to the delayed 2020 Olympics in Tokyo, is excited about MacNeil’s immediate impact to the LSU program.

“I am very excited to have the opportunity to work with Maggie again,” Bishop said. “She is one of the greats in swimming today, and she will make an immediate impact for the Tigers. Maggie has an infectious drive for success that elevates those around her.”

Before arriving at LSU, MacNeil has experienced success at both the collegiate and international levels. At the University of Michigan, MacNeil made a tremendous impact in collegiate swimming at the 2021 NCAA Championships by winning NCAA titles in the 100-yard butterfly and 100-yard free. She became the first female to break 49 seconds with her 100-fly performance and broke an NCAA and U.S. Open record with the fastest time in history (48.89).

At the 2019 World Championships, MacNeil made a name for herself in the 100-meter butterfly by coming from behind to upset World record holder and Olympic Champion Sarah Sjostrom of Sweden.

While participating at the Tokyo Olympic Games for her home nation of Canada, she garnered a gold medal in the 100-meter butterfly with a time of 55.59, the second-fastest performer in history. In addition, MacNeil nabbed a silver and a bronze medal as part of the 400-meter free and 400-meter medley relays.

MacNeil’s success on the international stage continued at the 2021 World Championships (SCM) in Abu Dhabi where she set a world record in the 50-meter backstroke with a time of 25.27. She surpassed Kira Toussaint’s previous mark by 33 one-hundredths of a second on her way to the world title.