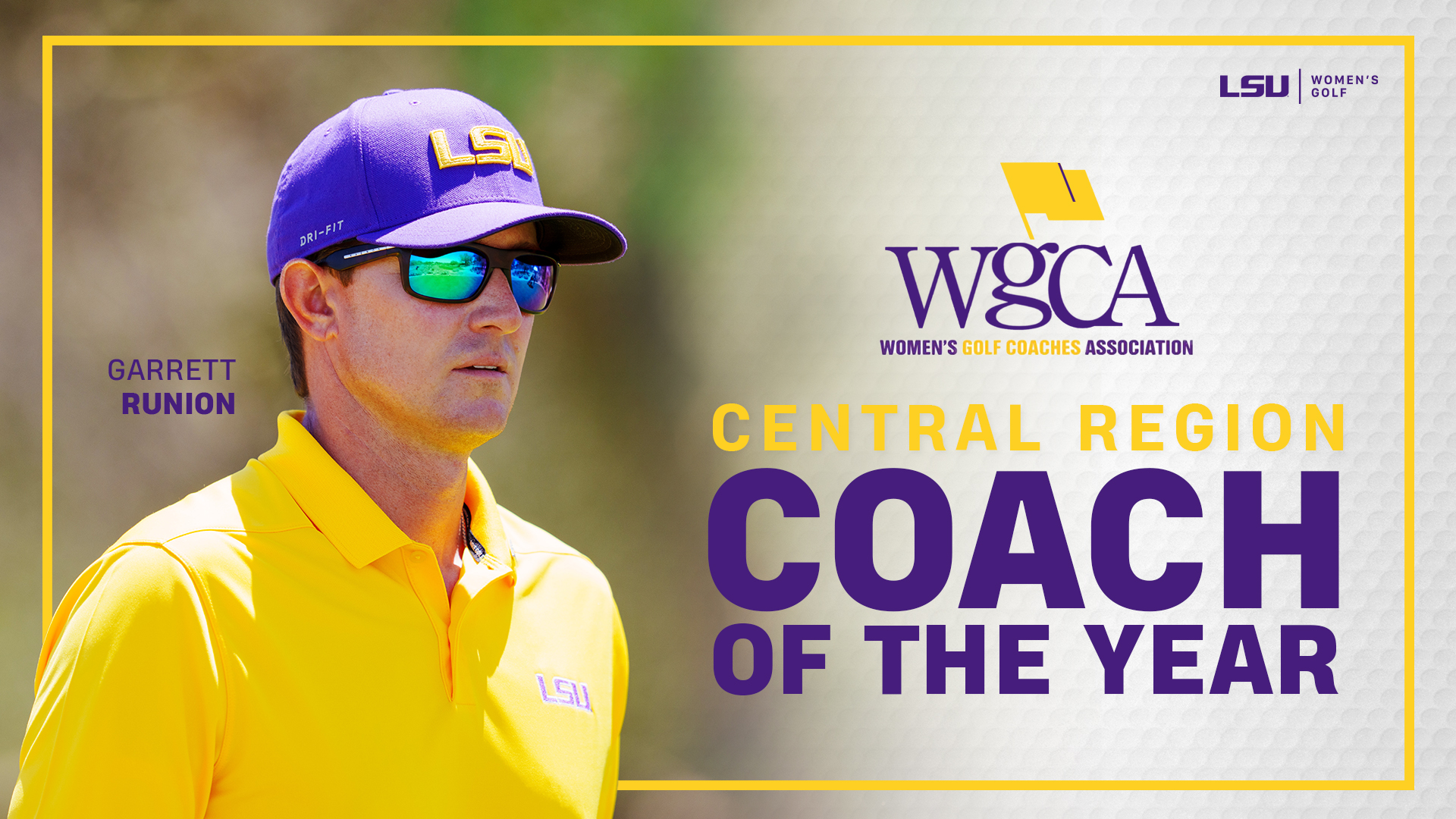 BATON ROUGE – LSU women’s golf head coach Garrett Runion, who led LSU to its first Southeastern Conference championship in 30 years and who took LSU to back-to-back NCAA Championships for the first time in a decade was named Golf Pride Central Region Coach of the Year by the Women’s Golf Coaches Association.

Runion, completing his fourth season as head coach of the women’s team after time at LSU as a player and men’s assistant coach, won the award which is determined by vote from the Division I Awards Committee upon review of the 10 highest ranked coaches in the region and their respective records for the full year.

LSU’s other win came in the Clemson Invitational to close out the regular season. The Tigers as a team averaged just over 290 for 34 competitive stroke play rounds led by three-time first-team All-America Ingrid Lindblad, who clinched her second SEC Player of the Year honor by making an eagle putt on the final hole to win the league’s individual medalist honor.

Lindblad averaged 70.38 for the season and won five titles.

LSU’s Carla Tejedo earned second team All-SEC honors, averaging 72.52 strokes per round and earning her first collegiate title at the Stephens Cup. Latanna Stone, who posted a 73.21 average, will be heading next week to represent the United States in the Curtis Cup matches against Great Britain and Ireland.

As a team, Runion’s players had six wins, 13 top five finishes and 19 top 10 finishes, finishing 11th in the NCAA Championships, five shots out of the match play qualifying, with seven top five team finishes during the season.

The Tigers made the NCAA Championships for the second consecutive year, the first time that has happened for the LSU women since LSU competed in the 2011 and 2012 championships. The Tigers advanced after a strong T2 finish in the NCAA regional at Stanford.