Lindblad Shoots Even Par Friday in US Women's Open; T5 Heading To Weekend 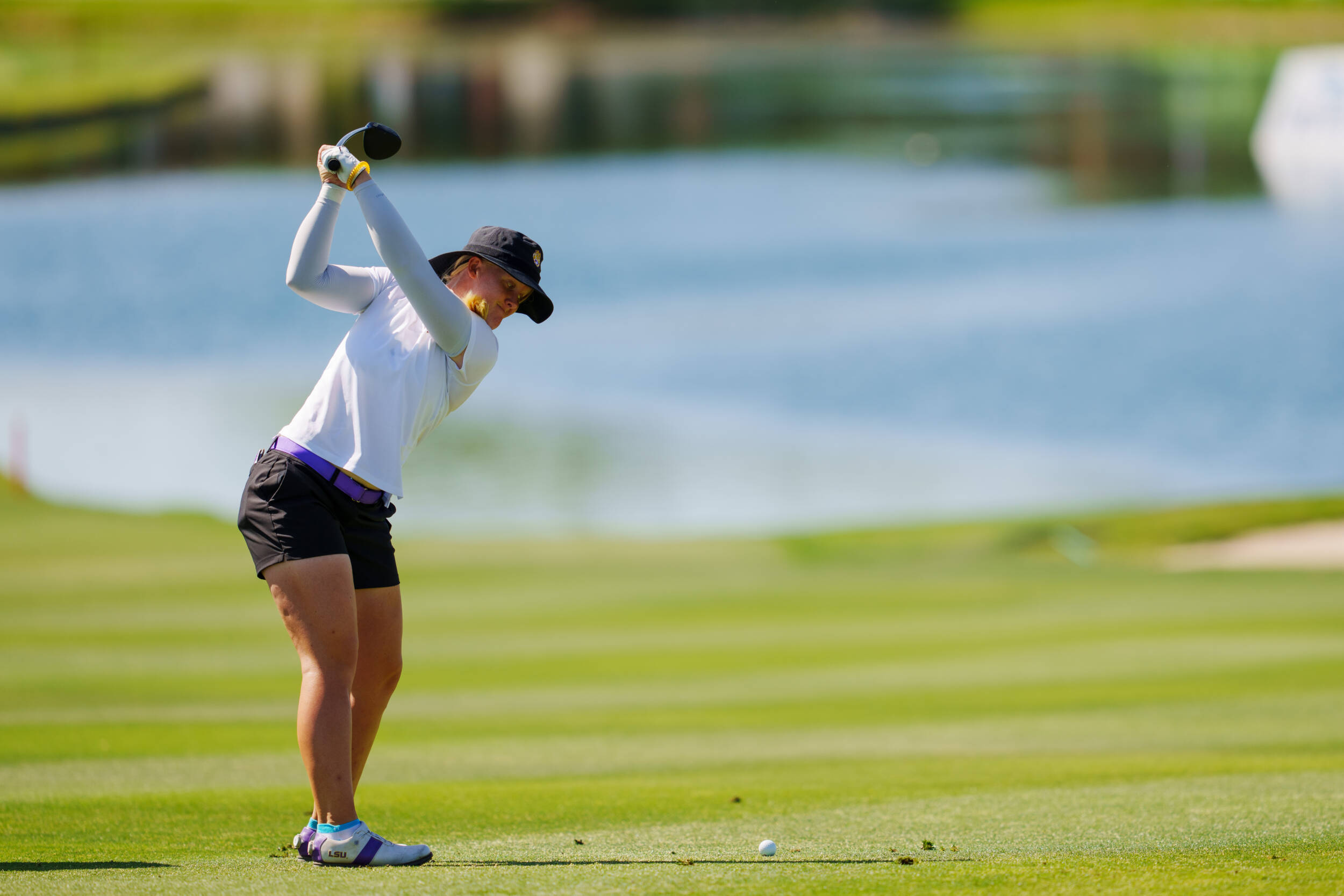 BATON ROUGE – A solid, steady round of even par 71 kept LSU junior Ingrid Lindblad right in the thick of the leaderboard after 36 holes of the United States Women’s Open at Pine Needles Lodge and Golf Club at Southern Pines, North Carolina, Friday.

After an opening round of 6-under 65 in which she posted the lowest round ever shot by an amateur in the Women’s Open, Lindblad showed the course management skills that made her a two-time SEC POY and three-time All-American by knowing when to grab the driver and when to dial back off the tee and in the fairway along with the ability to get up and down on the tricky green complexes.

Lindblad had three birdies on the round, all on the par 5 holes, as she finished 36 holes at 6-under 136 and is just three shots off the lead held by Mina Harigae and Minjee Lee. Both are at 9-under 133 entering the weekend.

Hyejin Choi and Anna Nordqvist are tied for third at 7-under 136 with Lindblad and Jin Young Ko tied for fifth.

“I just was trying to do the same thing today,” said Lindblad when asked post-round about her processes after all the attention from Thursday’s round. “I made a lot of putts yesterday. I was kind of a little bit further away from the pin today. A lot of two putts. I just wanted to have the same mindset. If you hit it off somewhere just try to make par, bogey at worse.

“You just have to focus on hitting the fairway and hitting the green,” the LSU junior said of playing the weekend. “Give yourself a putt for birdie, for par. Try to play your own game and not try to focus on what is going on outside.”

The third round of the U.S. Women’s Open will be broadcast beginning at 11 a.m. on Saturday on Peacock with over-the-air coverage beginning at Noon on USA Network. The coverage will then switch to NBC Sports beginning at 2 p.m. CT.