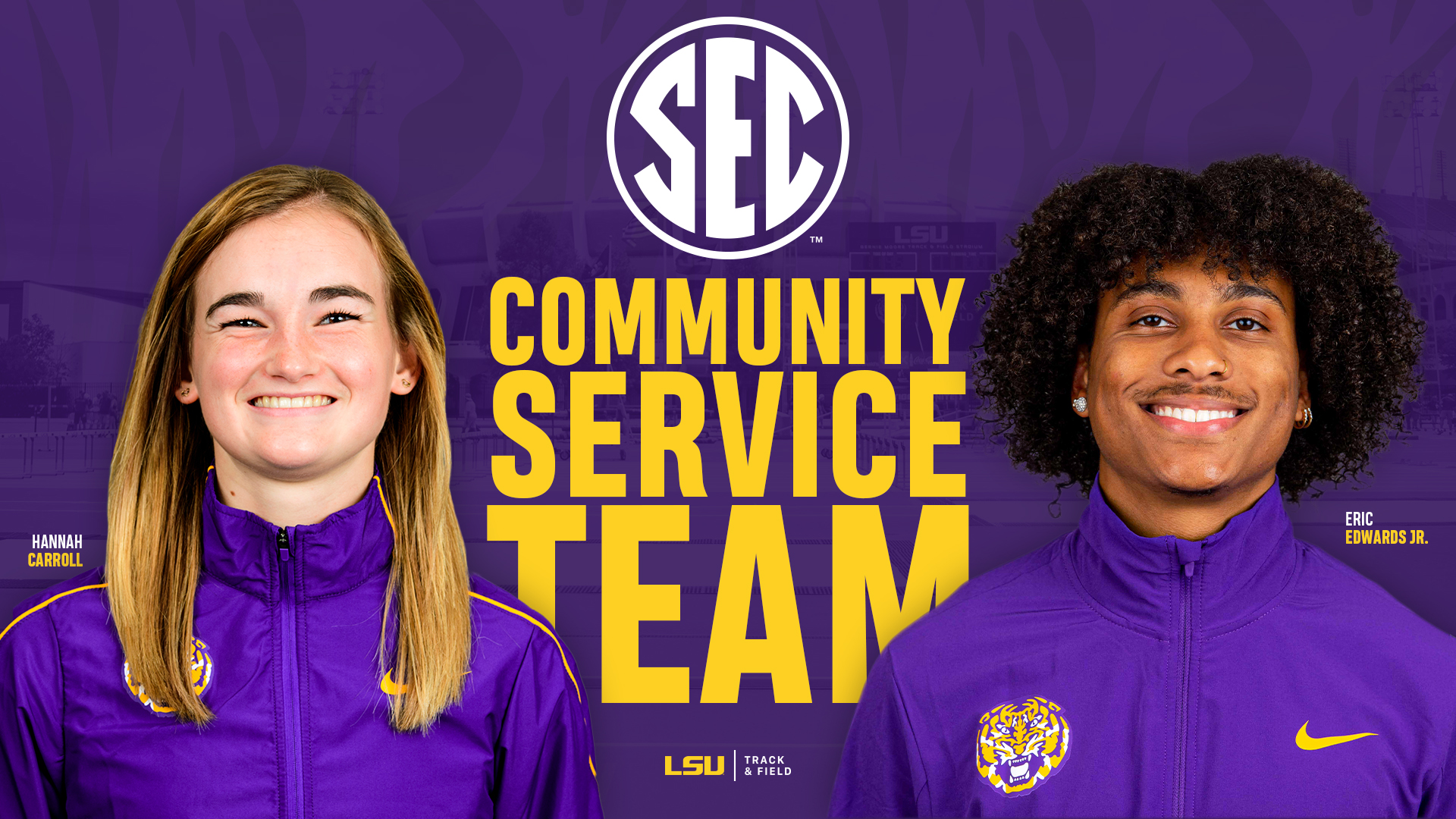 Baton Rouge, La. – Hannah Carroll and Eric Edwards Jr. were named to the 2022 SEC Community Service Team for the sport of track and field on Thursday afternoon.

Carroll volunteered her time at St. James Place Retirement Home as she played games with the residents, brought treats, and wrote back and forth as a pen pal. She helped run a candy drive for Halloween with the Emerge Center for Children With Autism. Carroll also wrote letters to military personnel and made cards to send to them during the holidays and served as a mentor and coach at Episcopal Middle School with the soccer team and coached the cross country team at St. Luke’s Episcopal.

Edwards, Jr., befriended local Baton Rouge elders including Mr. Tommie Gibson, who works at Sherwood Middle Academic Magnet School. He helped Mr. Gibson with daily chores around the house and assisted in running errands around the Baton Rouge area and also frequently took him to and from doctor visits.