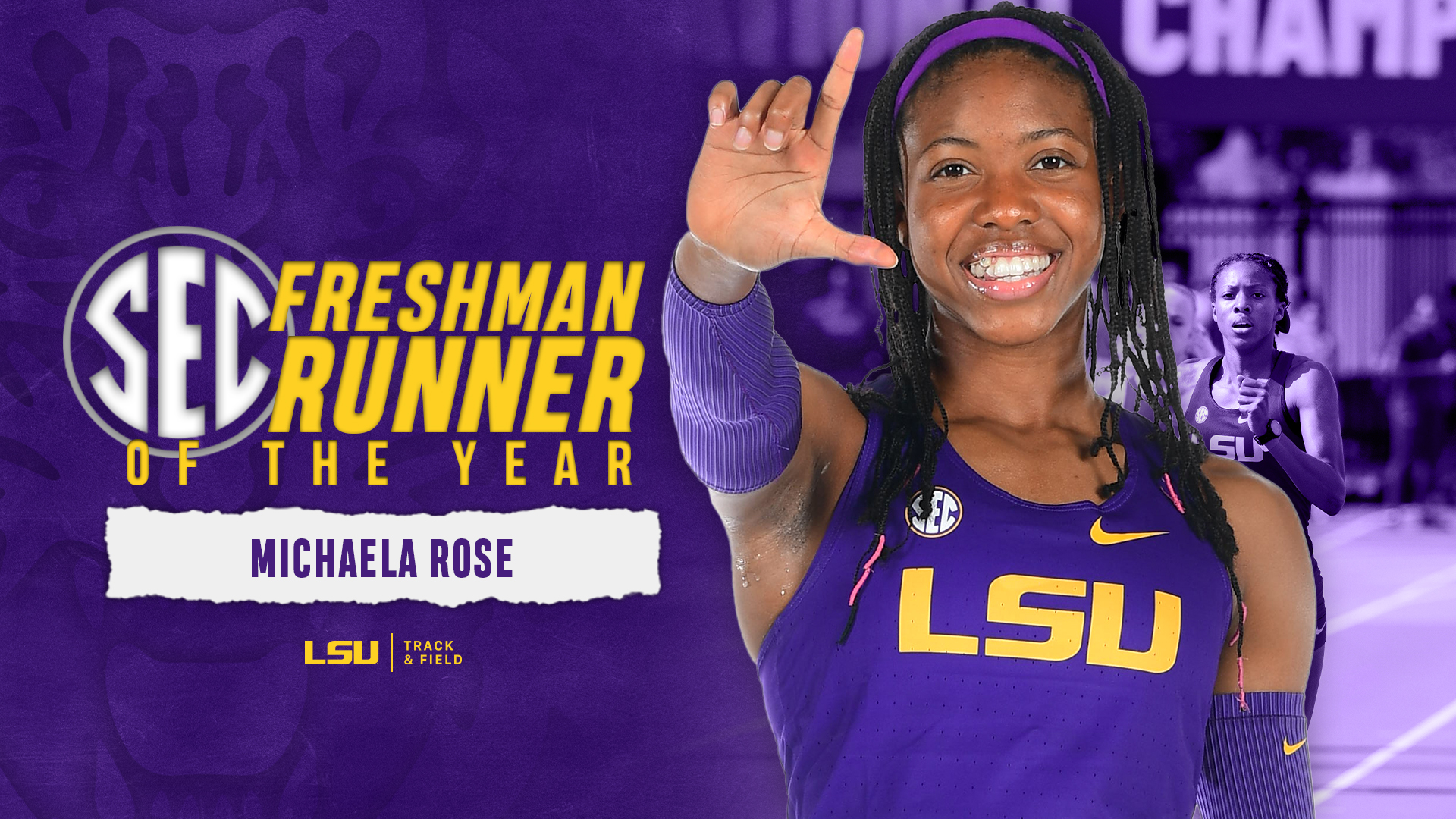 Rose has competed for LSU 16 different times this outdoor season and has shown continued promise for what is to come. The talented freshman from Suffolk, Virginia, will represent LSU as a member of its 4×400 meter relay squad at the NCAA Outdoor Championships next week.

Her best performance of the season thus far was her runner-up finish at the SEC Championships in the 800 meters. She ran a personal best readout of 2:02.49 to capture the silver medal and score eight points for LSU. That time rates as the seventh fastest in LSU history and is the ninth fastest in the country this season. Additionally, the time of 2:02.49 makes her the fastest freshman in the country this year.

A dual-event star, Rose also competes well in the 400 meter hurdles. She clocked a career best of 57.62 back in early April to win her first career individual collegiate event title at LSU’s Joe May Invitational; that readout ranked her just outside the top 30 in the NCAA this year.

Rose picked up wins as a member of LSU’s 4×800 meter relay at the Texas Relays with a time of 8:34.54, and she helped the 4×400 meter relay to victory at the Joe May Invitational with a winning time of 3:29.88. In addition to the aforementioned quality finishes, Rose has three additional podium finishes this season.