LSU's Lindblad To Tee Off In U.S. Women's Open Thursday 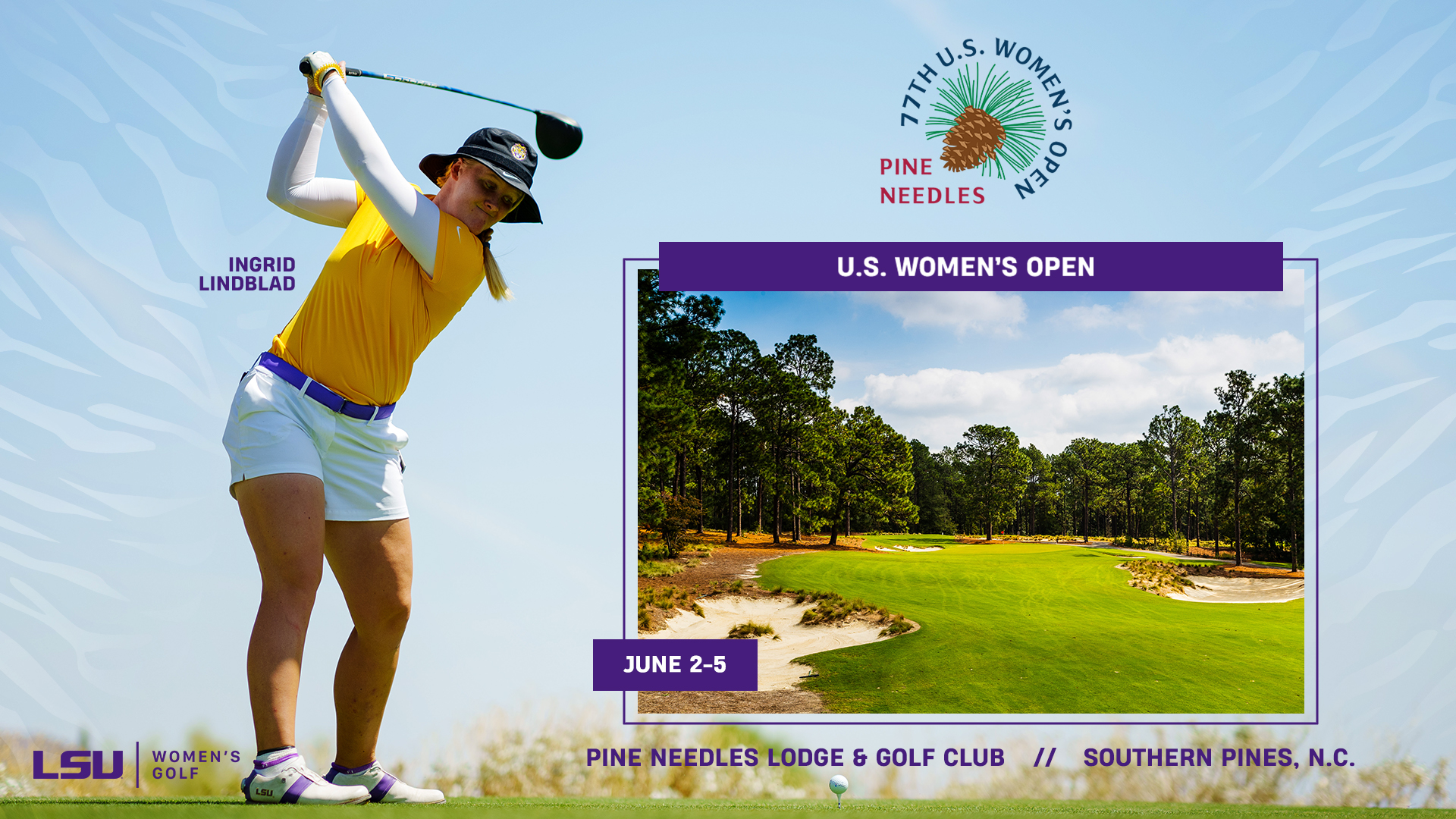 BATON ROUGE – LSU junior All-America golfer Ingrid Lindblad, will make her second appearance in the United States Women’s Open when the prestigious event tees off on Thursday from the Pine Needles Lodge and Golf Club in Southern Pines, North Carolina.

The world’s No. 2 Amateur Golfer in the World Amateur Golf Rankings will have the pleasure in playing Thursday and Friday in a star-studded grouping as she will be joined by 10-time major winner, the legendary Annika Sorenstam, also of Sweden. Sorenstam, who won her last U. S. Women’s Open in 2006, is in the field thanks for her 2021 win in the U.S. Women’s Senior Open.

Lindblad will also play with So Yeon Ryu of Korea, who is a 2-time major winner including the 2011 U. S. Women’s Open.

NBC Sports, USA Network and Peacock will have the primary television coverage for the event with Terry Gannon and Grant Boone joined in the booth by Morgan Pressel and Paige McKenzie. Coverage begins on Peacock streaming from Noon-2 p.m. CT on Thursday and Friday, followed by five hours on USA Network from 2-7 p.m. CT. On the weekend, USA Network will start two hours of coverage each day at Noon with NBC picking up at 2 p.m. CT.

Also playing in the event is former LSU All-America Madelene Sagstrom, who will be making her sixth appearance in the Women’s Open, having made the cut each of her previous five times. Her best finish was a tie for 17th in the 2018 event at Shoal Creek, when she posted a 72-hole score of +1 289. Last year at The Olympic Club in San Francisco she posted a T20 finish with rounds of 71-73-75-70 for a +5 289.

Sagstrom also had the early-late pairings the first two days as the Swedish star is paired with A Lim Kim and Mao Saigo at 7:17 a.m. CT Thursday and 1:02 p.m. CT on Friday.

Lindblad has had a strong junior season with five wins this year, including the Southeastern Conference championship, the first SEC individual title for LSU in 31 years. She also helped the Tigers to their first team championship in the event in 30 years. Lindblad also finished T3 in the recently concluded NCAA Championships, posting a 1-under 287 with rounds of 74-70-73-70.

The native of Halmstad, Sweden, has won a school record nine tournaments and this past season averaged 70.38 with 25 rounds of par or under in 34 rounds.

Following this event, Lindblad will head home to Sweden for the summer and has received an exemption for a Ladies European Tour event that starts on June 9 at the Halmstad Golf Club in her hometown.