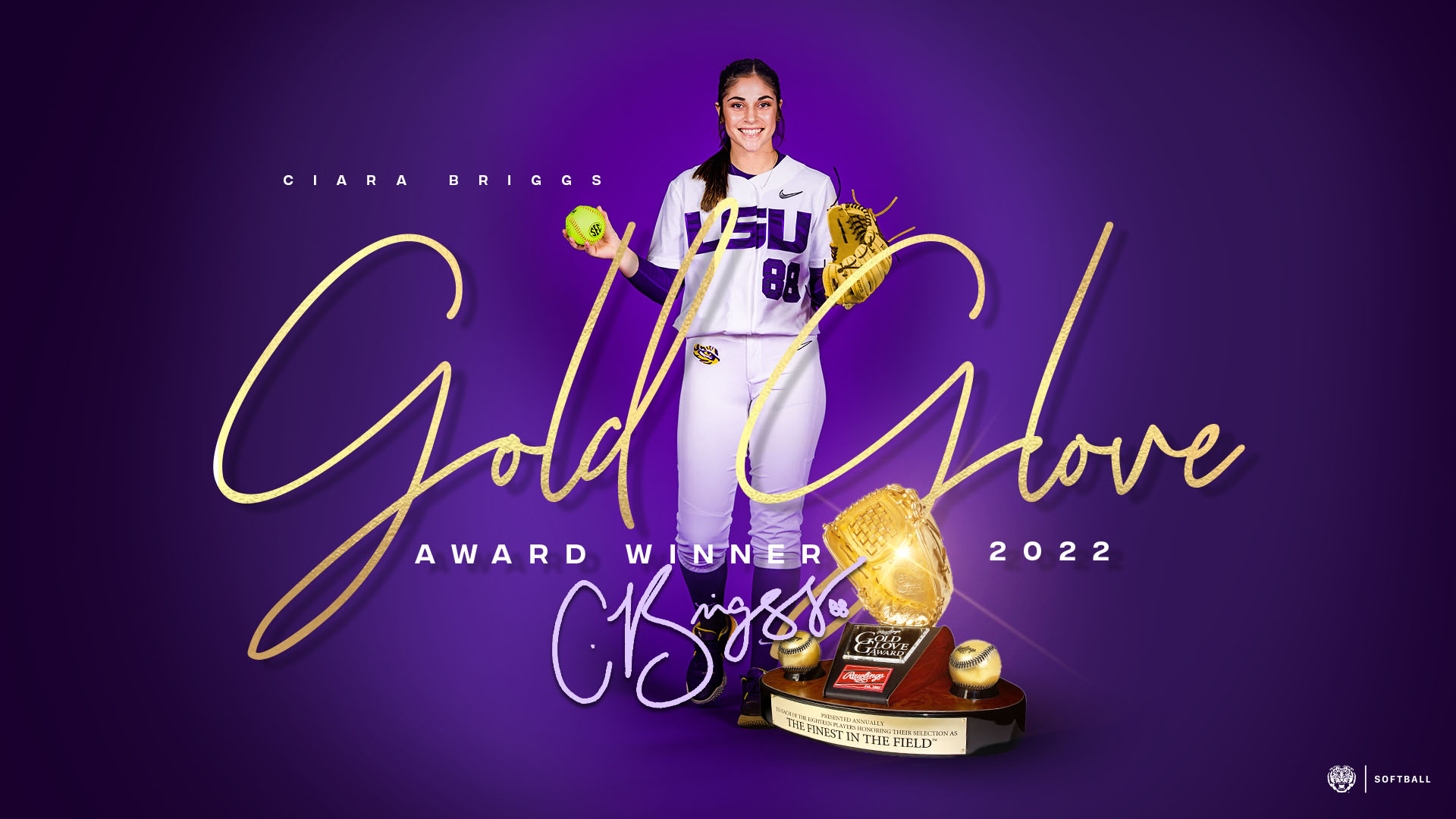 Rawlings Sporting Goods Company, Inc., the creator of the Gold Glove Award celebrating defensive excellence in baseball since 1957, has now made Division I softball athletes eligible to win the award in its 65-year history beginning in 2022.

Although Briggs is the first LSU softball player to win the award at the collegiate level, she is the second Gold Glove Award winner in the program’s history after A.J. Andrews became the first woman to receive a Rawlings Gold Glove Award in 2016 as a professional outfielder for the Akron Racers.

In 57 starts, Briggs concluded the 2022 season with a perfect fielding percentage after registering 82 putouts and seven assists in 89 chances. The seven assists by Briggs ties Camille Harris (2005) and Jazz Jackson (2008) as the most by an outfielder in a single season. Briggs also made an impact at the plate with a .368 batting average behind 70 hits, 32 RBI and had a team-high 53 runs scored.

Four of the nine student-athlete award winners represent the SEC, including Briggs.

LSU and Florida State are the only programs to win a gold glove in college softball, college baseball, professional softball, and professional baseball.