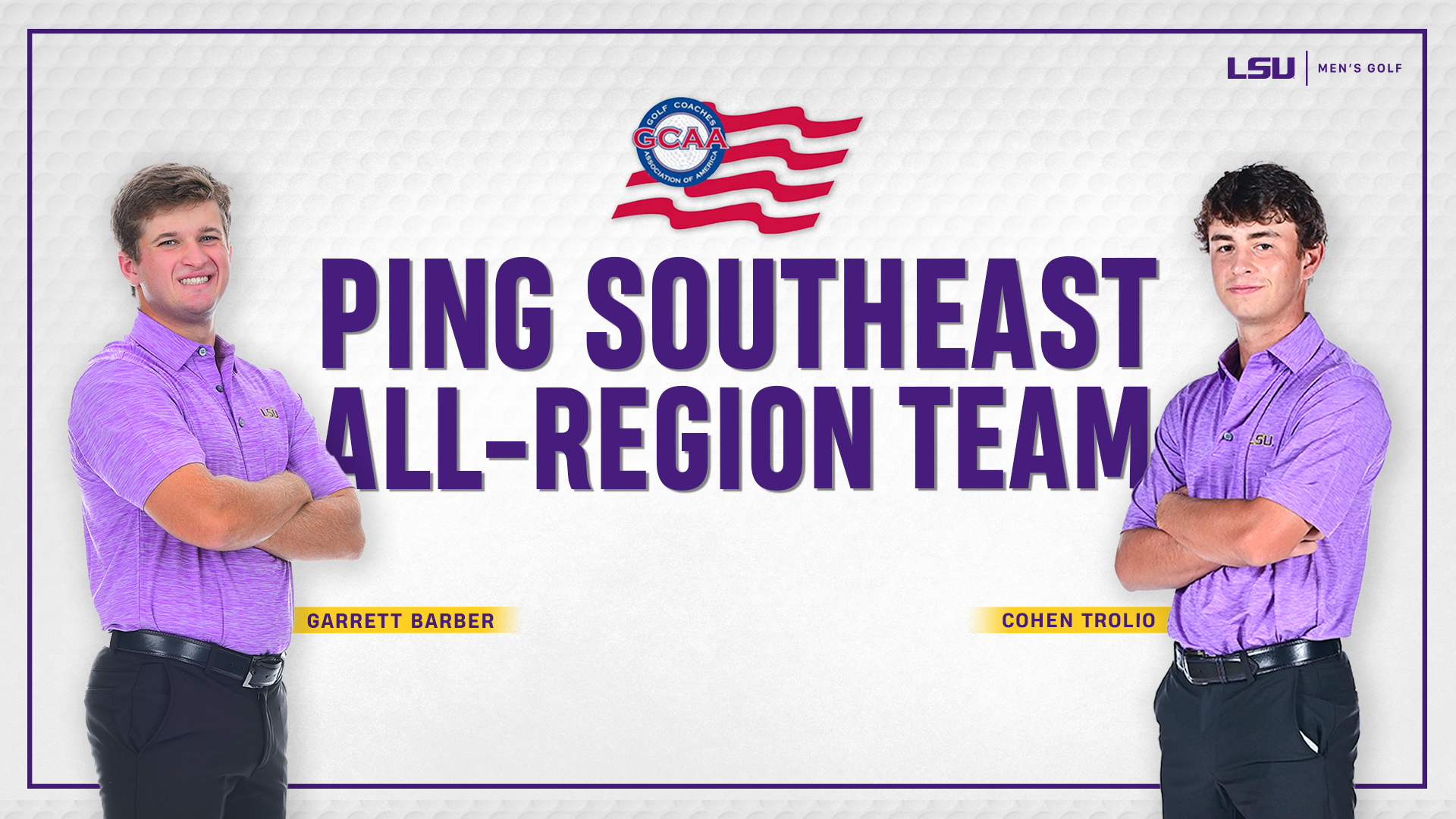 Baton Rouge, La. – LSU men’s golfers Garrett Barber and Cohen Trolio were named to the 2021-22 PING Southeast All-Region Team on Sunday, a credit to their play this past season.

Barber led LSU this season with a career best scoring average of 71.15 strokes per round. He played in all 12 tournaments for the Tigers this season and 27 of his 33 rounds counted towards LSU’s team scores. He racked up a team leading four top-five finishes on the season, three of which came in the first four tournaments of the season. His best finish of the year was a solo second place showing with a 12-under 204 at the Louisiana Classics in the middle of March. Barber’s 71.15 strokes per round is the second lowest season average in program history since 1982 only trailing Sam Burns’ school record average of 70.05 from the 2016-17 season.

Trolio played exceptionally during his first season in Baton Rouge appearing in all 12 tournaments as well. He finished his freshman campaign off with a stroke average of 71.30, which ranks as the fifth lowest average in program history for a single season. A member of the All-SEC Freshman Team, Trolio had his best finish of the season at the SEC Championship with a tie for third at 4-under 206. A model of consistency, Trolio had 29 of his 33 rounds count towards LSU’s team score. Eight of his 11 stroke play tournaments resulted in top 20 finishes with top 10s coming at the San Diego Classic (T9th) and Louisiana Classics (T9th).

For a full list of all-region honorees, visit collegiategolf.com.