LSU will face Kentucky in an elimination game at 1:10 p.m. CT Saturday. 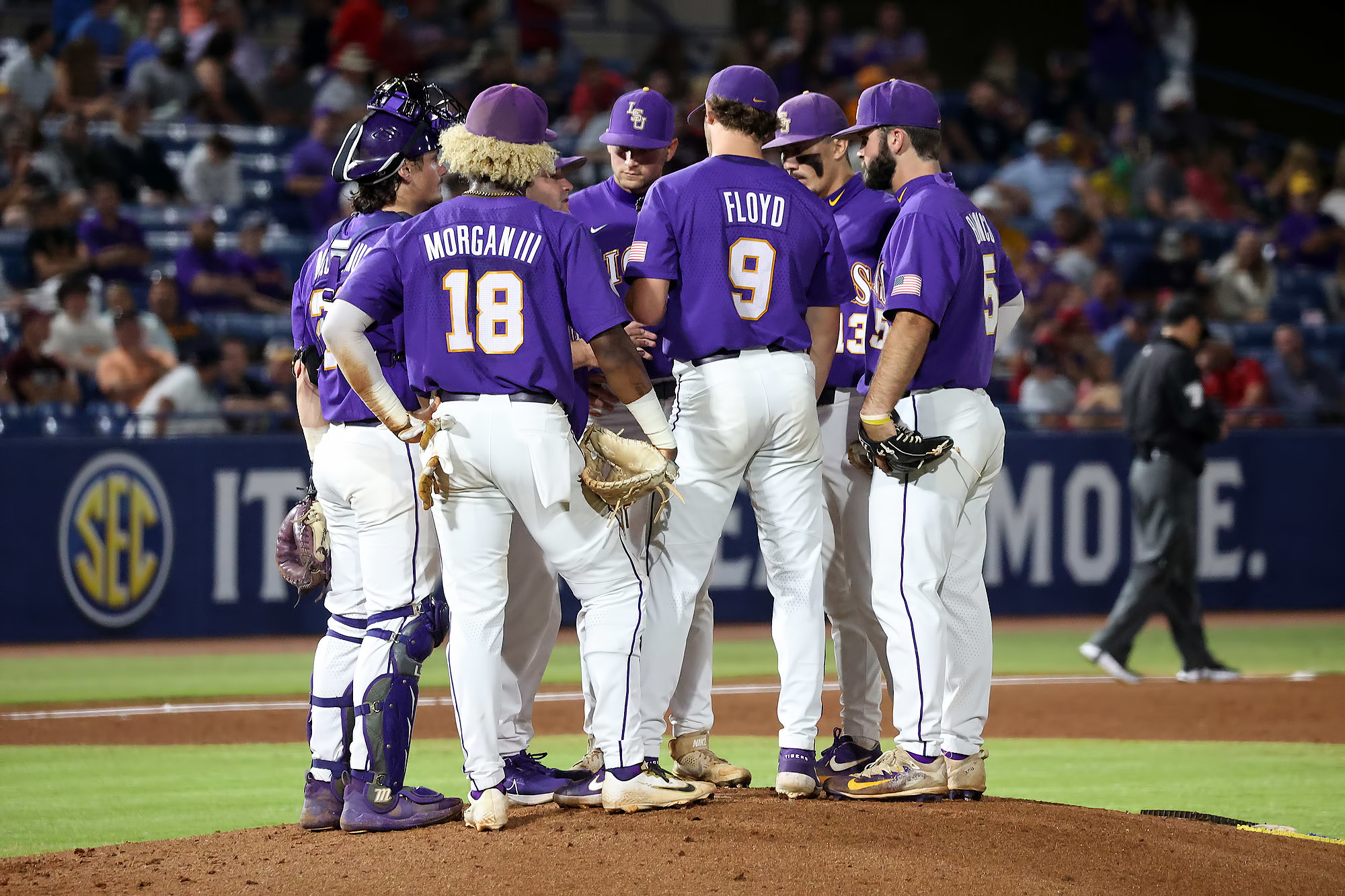 HOOVER, Ala. – Tennessee right-hander Chase Dollander limited LSU to one earned run in 6.2 innings Friday night to lead the Volunteers to a 5-2 win in the SEC Tournament at Hoover Metropolitan Stadium.

The Tigers will face Kentucky at 1:10 p.m. CT Saturday in an elimination game. The winner of the LSU-Kentucky game will play Tennessee in the semifinal round at approximately 8 p.m. CT Saturday night.

The LSU games on Saturday will be broadcast on the LSU Sports Radio Network and televised on the SEC Network.

Dollander (9-0), the SEC Pitcher of the Year, allowed two runs – one earned – on four hits in 6.2 innings with two walks and nine strikeouts.

Tennessee reliever Redmond Walsh earned his seventh save of the season by blanking the Tigers over the final two innings, allowing one hit with one walk and one strikeout.

LSU starter Ty Floyd (5-4) was charged with the loss, as he allowed five runs – four earned – on six hits in 4.2 innings with three walks and five strikeouts.

“The team that plays the best is going to win,” said LSU coach Jay Johnson. “Tennessee got a good start out of their pitcher, and they made some nice plays on defense. We got a couple of swings to drive some guys in, but just could not convert on the opportunities we had. That’s college baseball, two good teams going at it.

“We have to be ready to go tomorrow. We plan on being here for a long time, so the goal is to have tomorrow be the best day that this team can spend together.”

Tennessee grabbed a 2-0 lead against Floyd in the bottom of the first inning when first baseman Luc Lipcius walked and scored on a triple by rightfielder Jordan Beck. A wild pitched allowed Beck to score from third base to give the Vols a two-run cushion.

The Vols added a run in the second inning when Beck drew a bases-loaded walk.

LSU struck for two runs in the top of the fifth as second baseman Drew Bianco scored from first base when Tennessee leftfielder Seth Stephenson misplayed centerfielder Dylan Crews’ double, and Crews later scored when shortstop Cortland Lawson committed an error on a ground ball hit by leftfielder Josh Stevenson.

Tennessee, however, responded with two runs in the bottom of the fifth on an RBI single by centerfielder Drew Gilbert and a run-scoring double by second baseman Jorel Ortega.