LSU will face top-ranked Tennessee on Friday night in a winners' bracket game. 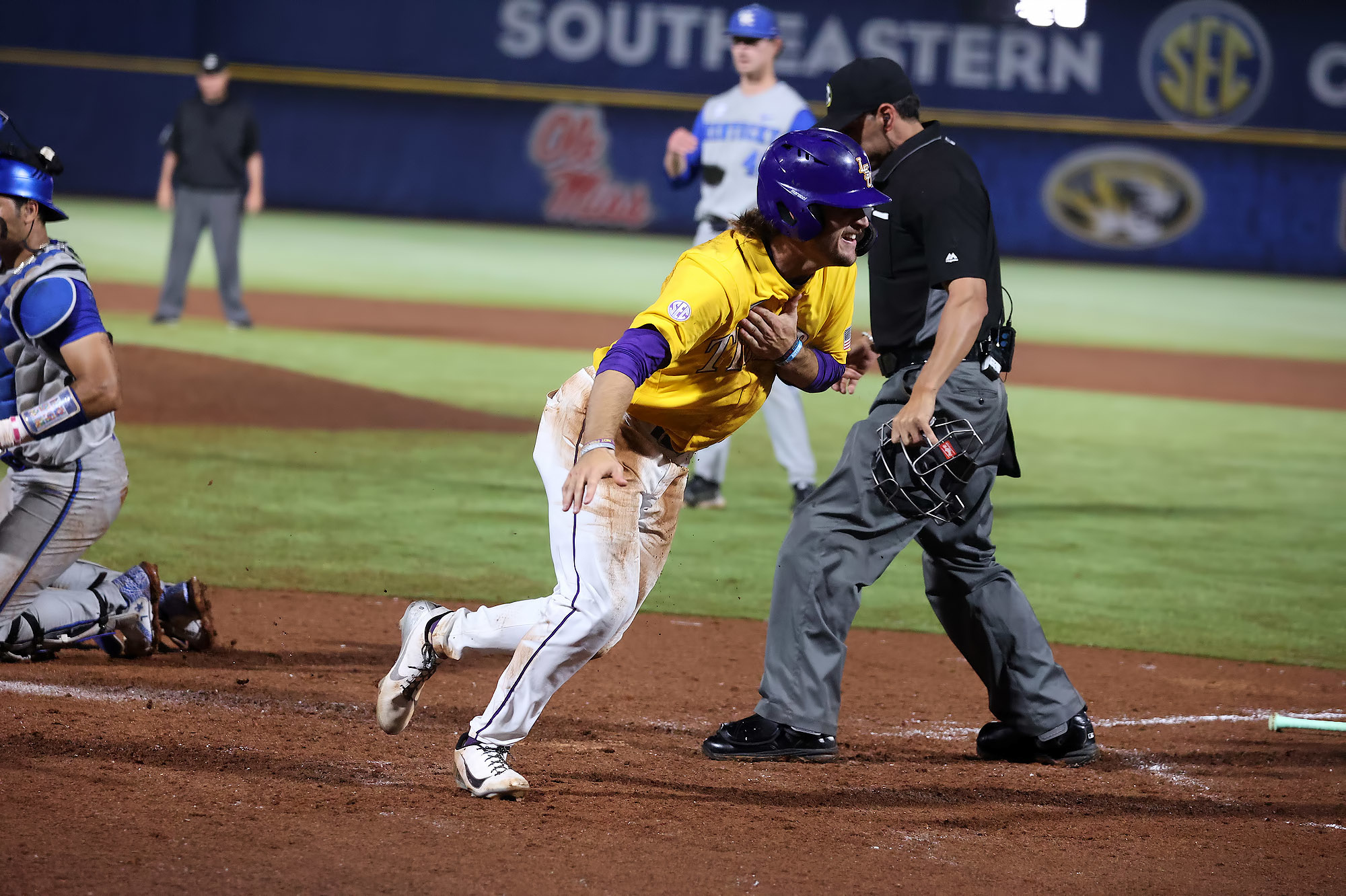 HOOVER, Ala. – Freshman leftfielder Josh Pearson was 5-for-5 with a homer and three RBI Thursday night to lead LSU to an 11-6 win over Kentucky in the Tigers’ opening game of the SEC Tournament at Hoover Metropolitan Stadium.

The fourth-seeded Tigers will face No. 1 Tennessee Friday night at 10:10 p.m. CT in the final game of a four-game day.

The game will be broadcast on the LSU Sports Radio Network and televised by the SEC Network.

Pearson on Thursday night became the first LSU player to record five hits in an SEC Tournament game. He collected three singles, one double and a two-run homer to pace the Tigers’ 13-hit output.

Kentucky starter Mason Hazelwood (2-3) was charged with the loss, as he surrendered four runs on five hits in three innings with two walks and three strikeouts.

“It was an unbelievable environment tonight, and I’m really thankful for our fans for coming and I thought it provided us a lot of energy.” said LSU coach Jay Johnson. “I don’t think there’s a venue that could better prepare you for what’s coming in the postseason. The SEC Tournament is a great, great event.

“Kentucky is playing for a lot right now, so we knew we were going to get their best shot. So we were able to withstand that, and then settle into the game and just play really mature baseball, which I was really happy to see.”

Kentucky grabbed a 2-0 lead in the top of the second inning when designated hitter Oraj Anu singled and scored when catcher Devin Burkes launched his second homer of the season.

LSU scored three runs in the bottom of the third as first baseman Tre’ Morgan provided a bases-loaded RBI groundout, and McManus smashed a two-run double off of the left-field wall.

The Tigers expanded their lead to 6-2 in the fourth inning as centerfielder Dylan Crews and Pearson delivered run-scoring singles, and Thompson provided a run-scoring sacrifice bunt.

LSU added three more runs in the sixth inning as Thompson lined a two-run single and McManus drove in another run with a single.

Kentucky plated a run in the seventh on leftfielder Hunter Jump’s sacrifice fly, but the Tigers responded in the bottom of the inning when Pearson launched his eighth homer of the year, a two-run shot that gave LSU an 11-3 lead.

Burkes’ three-run homer in the top of the eighth accounted for the final margin.