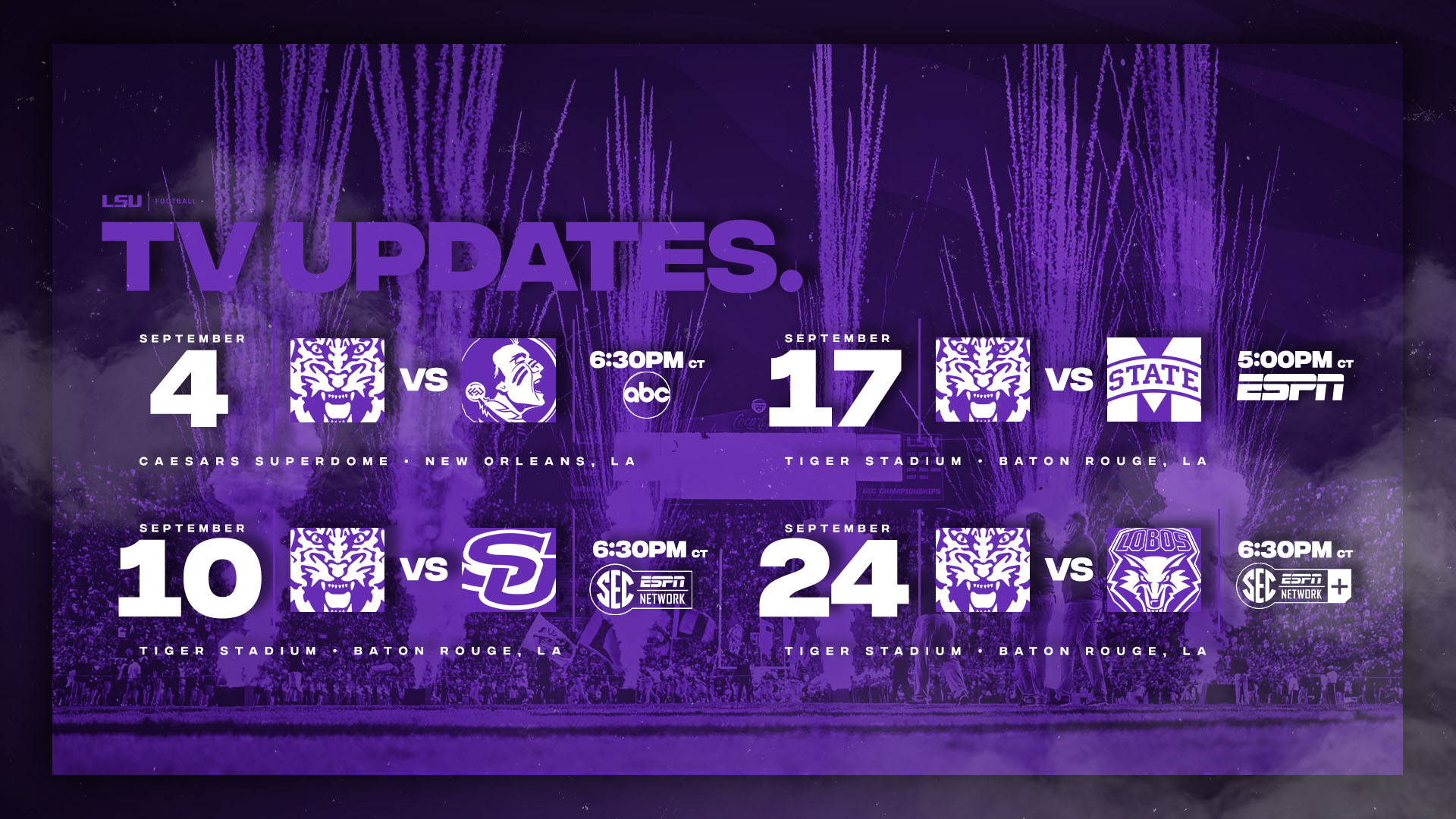 BATON ROUGE – LSU’s historic home opener against Southern on Saturday, Sept. 10 will kickoff at 6:30 p.m. and televised on the SEC Network, the league office announced on Thursday.

LSU’s matchup against Southern, the first-ever meeting between the two schools, will also serve as the first game in Tiger Stadium for head coach Brian Kelly. Kelly takes over at LSU after becoming the winningest coach in Notre Dame history and with more wins than any active FBS head coach.

The LSU-Southern game in Tiger Stadium will also feature two of the nation’s most popular bands – the Golden Band from Tigerland along with the Human Jukebox. The Human Jukebox will perform in Tiger Stadium for the first time and its pre-game and halftime shows have been featured at six Super Bowls as well as many other national events.

LSU’s conference opener against Mississippi State on Sept. 17 in Tiger Stadium will be televised on ESPN and starts at 5 p.m. Last year, LSU posted a 28-25 win over the Bulldogs in Starkville.

The following week against New Mexico, the Tigers host the Lobos for a 6:30 p.m. kickoff in a game that will be streamed on ESPN+ and SEC Network+. It will be the first meeting between LSU and New Mexico.

The league had previously announced LSU’s season-opener against Florida State on Sunday, Sept. 4 in the Allstate Louisiana Kickoff Game at Caesars Superdome will start at 6:30 p.m. and will be televised on ABC.