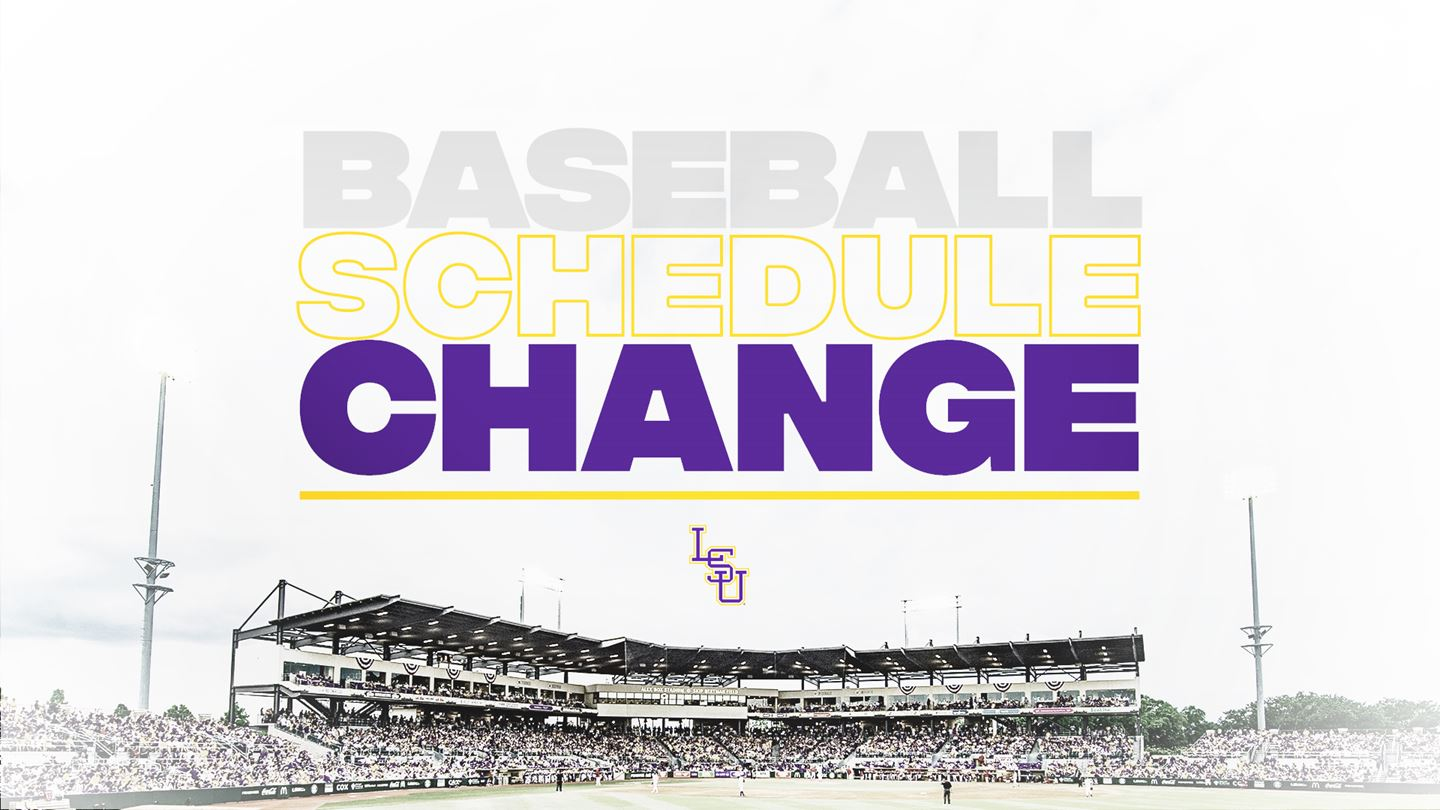 HOOVER, Ala. – Due to inclement weather affecting the SEC Baseball Tournament schedule, LSU’s first game in the tournament is now scheduled to be played Thursday night at a time to be determined.

The fourth-seeded Tigers are scheduled to face No. 12 seed Kentucky, which defeated Auburn, 3-1, Wednesday in an elimination game.

The LSU game is scheduled to be the third game of the day on Thursday. The first game Thursday between Florida and Texas A&M started at 2:48 p.m. CT, and it will be followed 30 minutes after its conclusion by the Vanderbilt-Tennessee game.

The LSU-Kentucky game is scheduled to start Thursday night 30 minutes after the end of the Vanderbilt-Tennessee game.

The LSU game will be broadcast on the LSU Sports Radio Network and televised on the SEC Network.