The Tigers are scheduled to face Kentucky in Thursday's third game of the day. 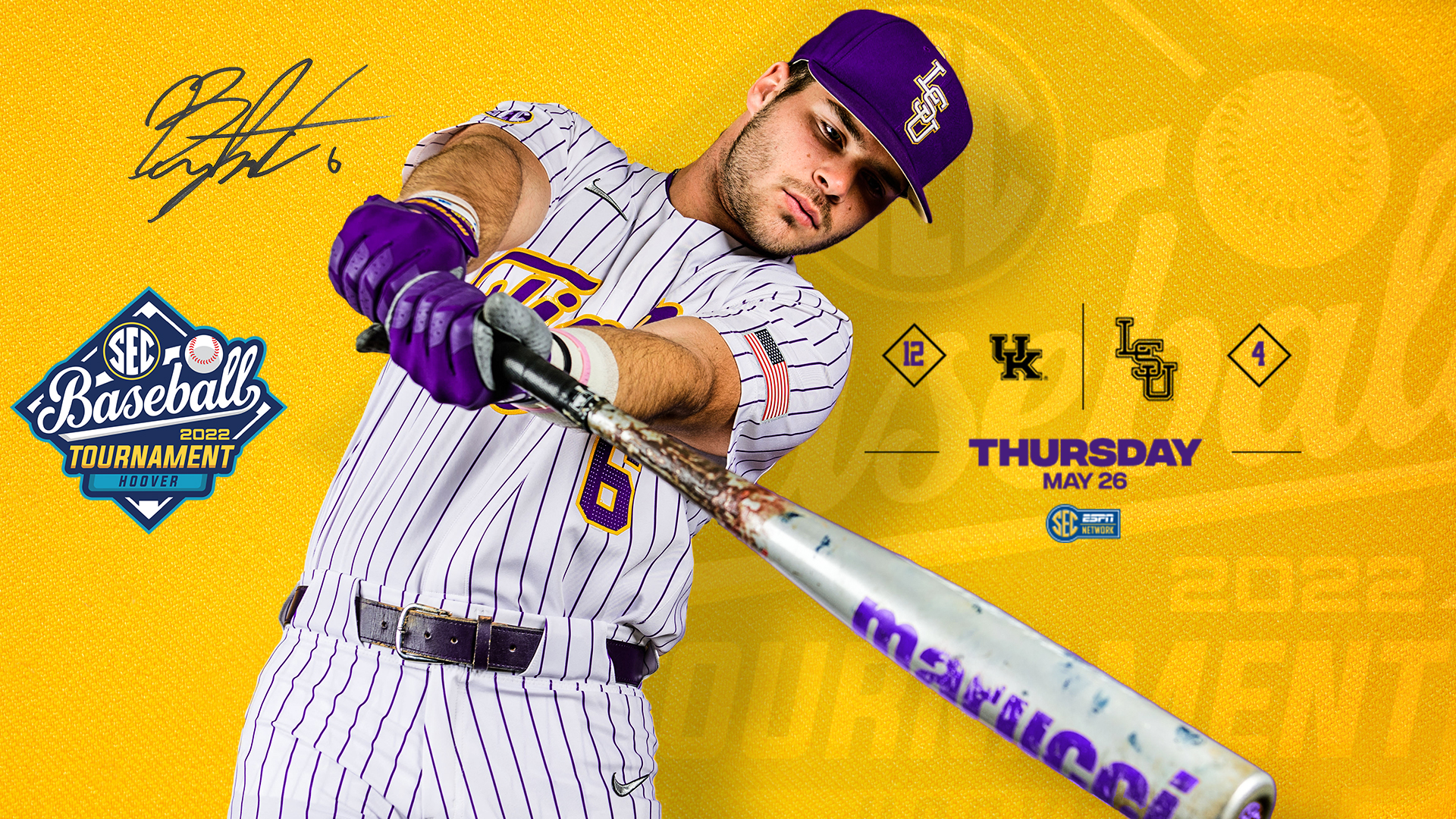 HOOVER, Ala. – Due to inclement weather affecting the SEC Baseball Tournament schedule, LSU’s first game in in the tournament is now scheduled to be played as the third game on Thursday.

The first game of the day previously scheduled for 9:30 a.m. CT on Thursday was delayed by rain which is forecast to be in the Birmingham area through the morning.

The fourth-seeded Tigers are scheduled to face No. 12 seed Kentucky, which defeated Auburn, 3-1, Wednesday in an elimination game.

The LSU game will be broadcast on the LSU Sports Radio Network and televised on the SEC Network.