The 44th Golden Spikes Award will be presented on June 24 on ESPN. 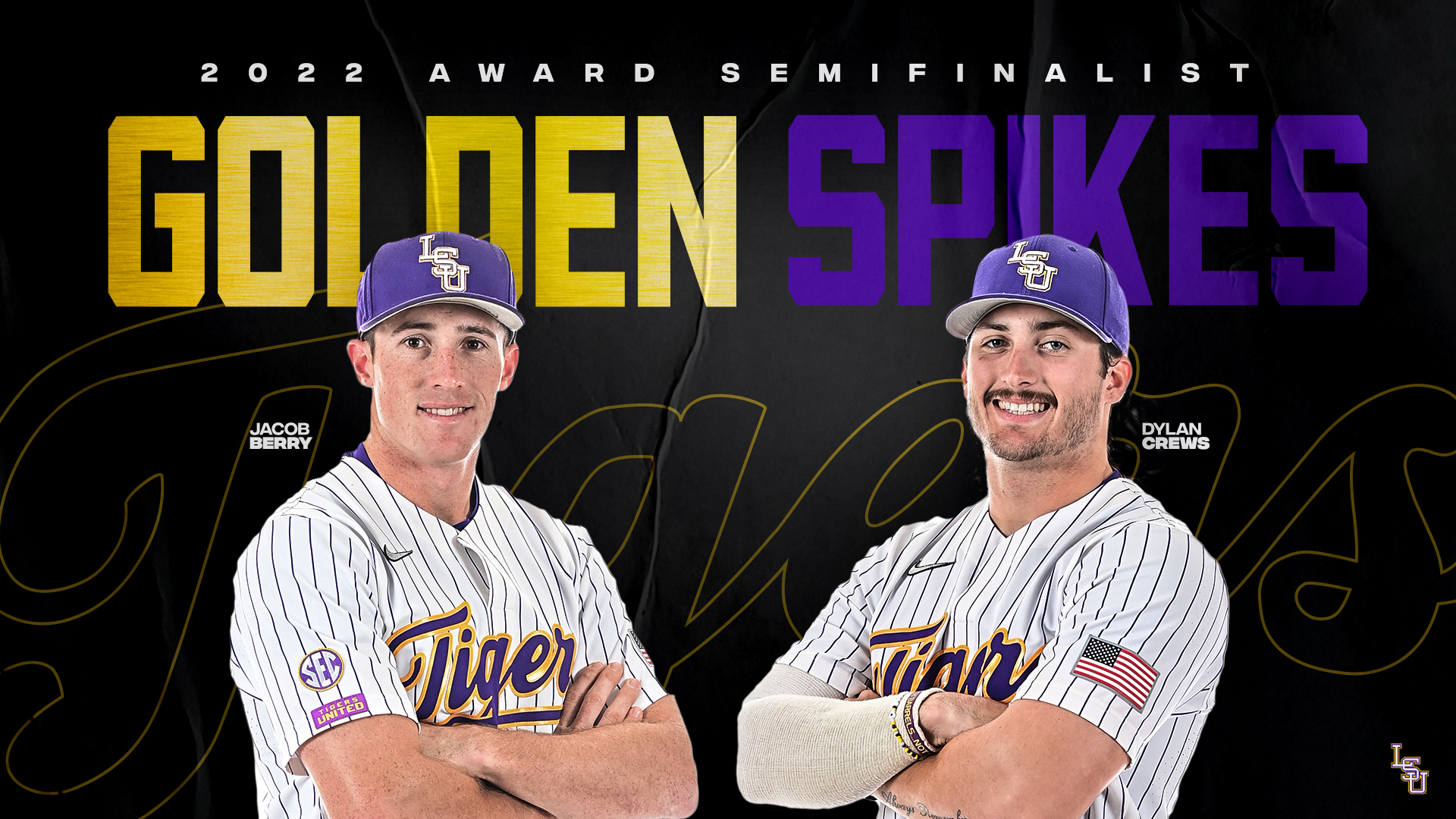 BATON ROUGE, La. – LSU outfielder Dylan Crews and infielder Jacob Berry were named Tuesday by USA Baseball as semifinalists for the 2022 Golden Spikes Award.
The Golden Spikes Award, given annually to the top amateur baseball player in the country, will be presented on June 24 on ESPN.

Cal Poly, Oregon State, Tennessee and Virginia Tech join LSU as the only schools with multiple semifinalists on the list.

He was voted last week to the 2022 SEC Baseball Community Service Team for his dedicated philanthropic work with special needs children.

Berry, who was also a Golden Spikes semifinalist last season as a freshman at Arizona, earned 2022 second-team All-SEC recognition.

Beginning with the announcement of the semifinalists, a ballot will be sent to a voting body consisting of baseball media members, select professional baseball personnel and USA Baseball staff, and the previous winners of the award, representing a group of more than 150 voters.

As part of this selection process, all voters will be asked to choose three players from the list of semifinalists. On June 8, USA Baseball will announce the finalists, and voting for the winner will begin that same day.

Fan voting will once again be a part of the Golden Spikes Award in 2022. Beginning with the semifinalist announcement and continuing through the finalist round voting deadline, fans from across the country will be able to vote for their favorite player on GoldenSpikesAward.com.