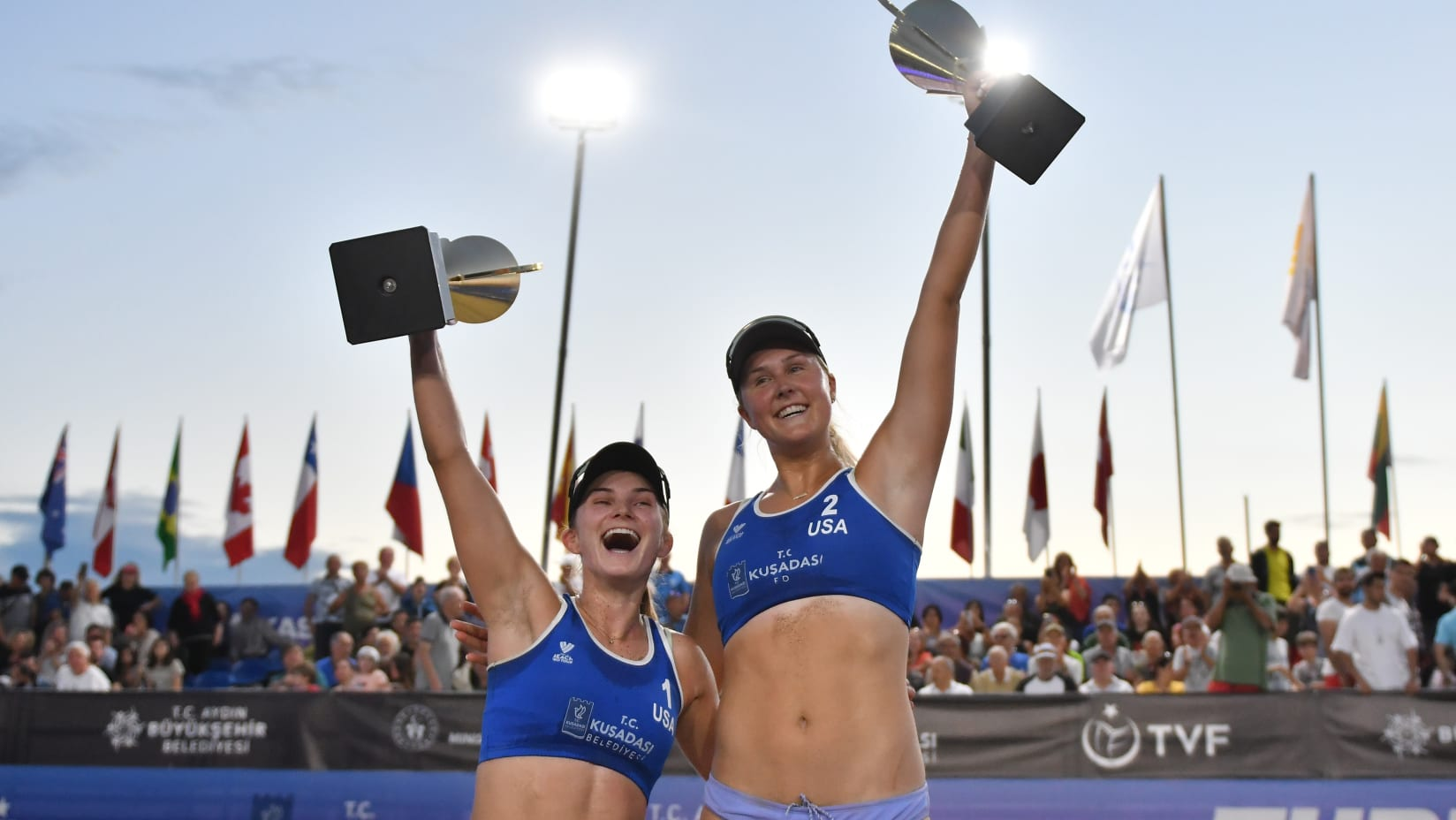 “Wowza! That’s all I keep saying. I have no other words. We set out some goals at the beginning of the season and had no idea it would all happen this fast,” Nuss said.

It is the former LSU beach pair’s third professional win of the year. Kloth and Nuss also won the Volleyball World tournament in Coolangatta, Australia in April and earlier in May they opened the AVP season up with a championship in Austin.

Kloth and Nuss will be back in Louisiana coming up May 27-29 in AVP New Orleans held at Coconut Beach Volleyball Complex.

The 20th-seeded American duo’s quest on the Turkish sand, which started from the first qualification round on Thursday, took them all the way to the top of the podium. After working their way through the qualifier and pool play, Kloth and Nuss reached the winner’s bracket where they defeated the top-seeded Brazilian duo of Thamela Coradelli and Elize Maia and then took down the No. 4 seed German pair of Svenja Muller and Cinja Tillman to advance to the semi-finals.

They faced a familiar American pair in the semis, knocking off Therese Cannon and Olympian Sarah Sponcil in straight sets to earn a spot in the championship against Artacho and Clancy. Kloth and Nuss took the opening set of the championship match, 21-12, but fell in the second set, 21-17. In the third and final set, Kloth and Nuss outlast the Australian Olympic pair, 17-15, to take home gold.

“Every single morning, afternoon and night we would look at each other and say ‘We’re in Turkey, playing beach volleyball and we get to do it together.’ We were very grateful and excited to just be here and competing,” Kloth said. “This was a wild trip to say the least!”