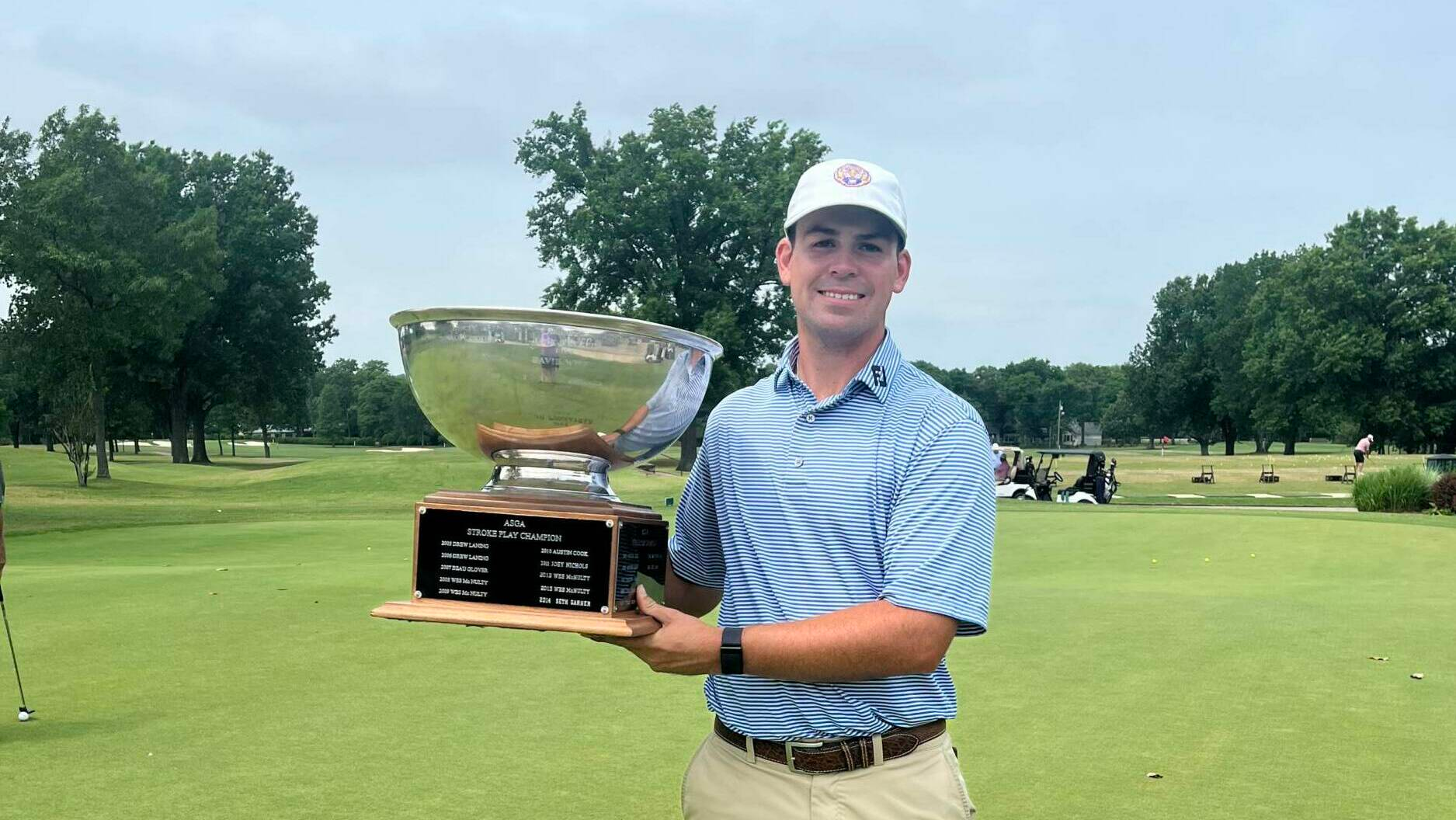 Baton Rouge, La. – LSU’s Connor Gaunt won the 2022 Arkansas Amateur Championship over the weekend with a three round total of 10-under 200 at the Hardscrabble Country Club in Fort Smith, Arkansas.

Gaunt opened the tournament on fire with a 5-under 65 that wound up being the lowest round of the tournament. His round one scorecard included five birdies and 13 pars to take the lead. In round two, he shot a 4-under 66 that featured an eagle, four birdies, 11 pars and two bogeys. He closed out the wire-to-wire win with a 1-under 69 on Saturday for his total of 10-under 200. His 10-under score was five shots clear of the runner up, Murphy Allard.

“It’s just a very big honor to put my name on this trophy where there are a bunch of great names already,” Gaunt said in a post round interview with the Northwest Arkansas Gazette. “I felt like I did a pretty good job handling some adversity when I had it out there, and it’s always reassuring that what I’m working on is starting to pay off.”

Gaunt has played in 45 career rounds for LSU with a career scoring average of 73.44, and he has two top-10 finishes to his name.